While fire danger in Colorado is statewide, firework laws will vary by county 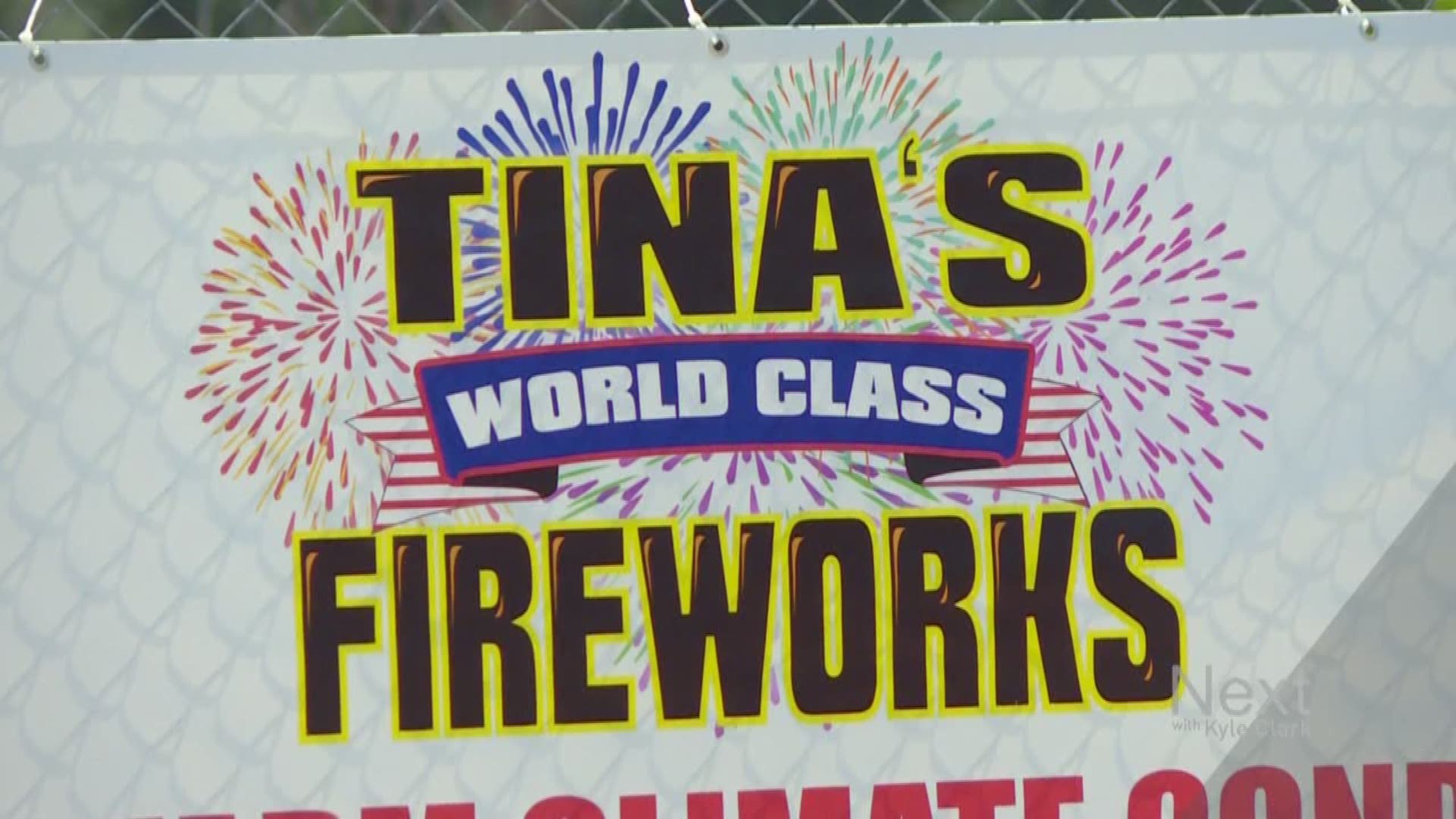 KUSA - Two gravel lots in two different counties are looking lonely this summer. The parking lots, one in unincorporated Arapahoe County and the other in in unincorporated Adams County, are typically home to pop-up fireworks stands.

A sign for Tina’s World Class Fireworks near 120th Ave. and US 85 reads, “Due to warm climate condition’s Tina’s will return summer 2019.”

Google Maps shows the lot near Jewell Ave. and S. Parker Rd. is home to Black Cat Fireworks. It’s empty now. Both lots are closed, but only the shop in unincorporated Arapahoe County was required to stop selling fireworks.

“The ordinance bans the use and sale of fireworks,” explained Jeff Baker, Chair of the Board of County Commissioners in Arapahoe County. Baker signed the ordinance approved by county commissioners on June 12. The ban will stay in place for one year and even applies to so-called safe and sane fireworks.

“Sparklers, cones, fountains, things like that. Even though they don’t leave the ground, they still present a fire danger,” Baker said.

Baker couldn’t recall a previous ordinance in Arapahoe County that banned the sale and use of all fireworks. Commissioners based their decision based on recommendations from the Arapahoe County Sheriff’s Office which serves as the fire warden for Arapahoe County. A 102-acre grass fire that broke out June 1 in eastern Arapahoe County also played into their approval of the ban.

“We just want to make sure that citizens know that we made this decision based on our concern for their lives and their property’s safety,” he said.

Adams County commissioners also consulted with its own sheriff’s office and fire officials in determining its fireworks rules.

“We improved our regulations meaning that our pop-up stands will only sell the small, novelty fireworks. Anything that leaves the ground, anything that explodes is banned in Adams County,” said Jim Siedlecki, director of communications for Adams County.

Siedlecki called the county’s regulations a “balanced approach” to 4th of July fireworks.

“Our commissioners looked at everything, evaluated all of the factors, just like they did in Arapahoe County,” he said.

Fire danger will be here through the 4th of July, and firefighters across the metro may not mind the empty lots. The one in Arapahoe County is surrounded by dry grass that catches a firefighter’s eye.

“Firefighters are looking at this as fuel, and it’s dry fuel that’s ready to burn,” said Eric Hurst, spokesman for South Metro Fire.