White House suggests crackdown on marijuana; So what's Next in Colorado?

We've waited for a solid signal from the Trump administration on whether legal marijuana would be handled as a states' rights issue or whether they'd try to irradiate the scourge of the devil's weed. Thursday, the White House suggested it'll go the Devil's weed route. 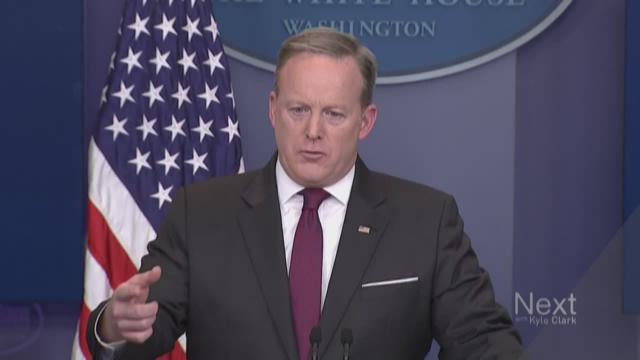 We've waited for a solid signal from the Trump administration on whether legal marijuana would be handled as a states' rights issue or whether they'd try to irradiate the scourge of the devil's weed. Thursday, the White House suggested it'll go the Devil's weed route, at least when it comes to recreational marijuana.

"I think that's a question for the Department of Justice. I do believe that you'll see greater enforcement of it," Sean Spicer, the press secretary, said.

The Justice Department couldn't provide us new guidance, but the man who set up Colorado's regulatory system for marijuana says they prepared for this day - when a conservative administration might signal a crackdown. Andrew Freedman says it's not clear the White House is signaling a true policy change, and they still might be convinced that states' rights should prevail.

"This is, to me, a place where laboratories of democracy are supposed to work, right? We're supposed to figure out how to handle these issues from state to state and see if a regulated system works or doesn't work," Freedman said in an interview with Next.

So, what happens Next? We asked Brian Vicente, a partner at the marijuana law firm Vicente Sederberg.

Sederberg doesn't believe the feds will go after people who buy marijuana legally, but rather people who sell it, and the industry, in turn, could be impacted.

"It's certainly possible that people looking to invest in this, or become new business owners, could be sort of scared away. But it's important to note this is not a new policy, it's not a new regulation, it's merely an indication of a possible direction."

He's advising clients to be good neighbors and to focus on being compliant. He's confident that Colorado Attorney General Cynthia Coffman, a Republican, will fight for state's rights if it comes to that.

"These are folks who have produced 20,000 new jobs just in this industry. This is a $1.3 billion industry now in Colorado, and we want to make sure it stays here," Vicente said.

Coffman has echoed Vicente's statements, telling Next she wants federal authorities to consider what Colorado has established before getting rid of it.

Our full interview with Cynthia Coffman

As a candidate, now-President Donald Trump told 9NEWS' Brandon Rittiman that states should get to decide on marijuana policy.