Who's behind 'Doctor Patient Unity' ad airing in Colorado? We aren't totally sure.

A political ad on 9NEWS and elsewhere urges you to contact Sen. Cory Gardner. Several of you asked us to find out which group is behind it. 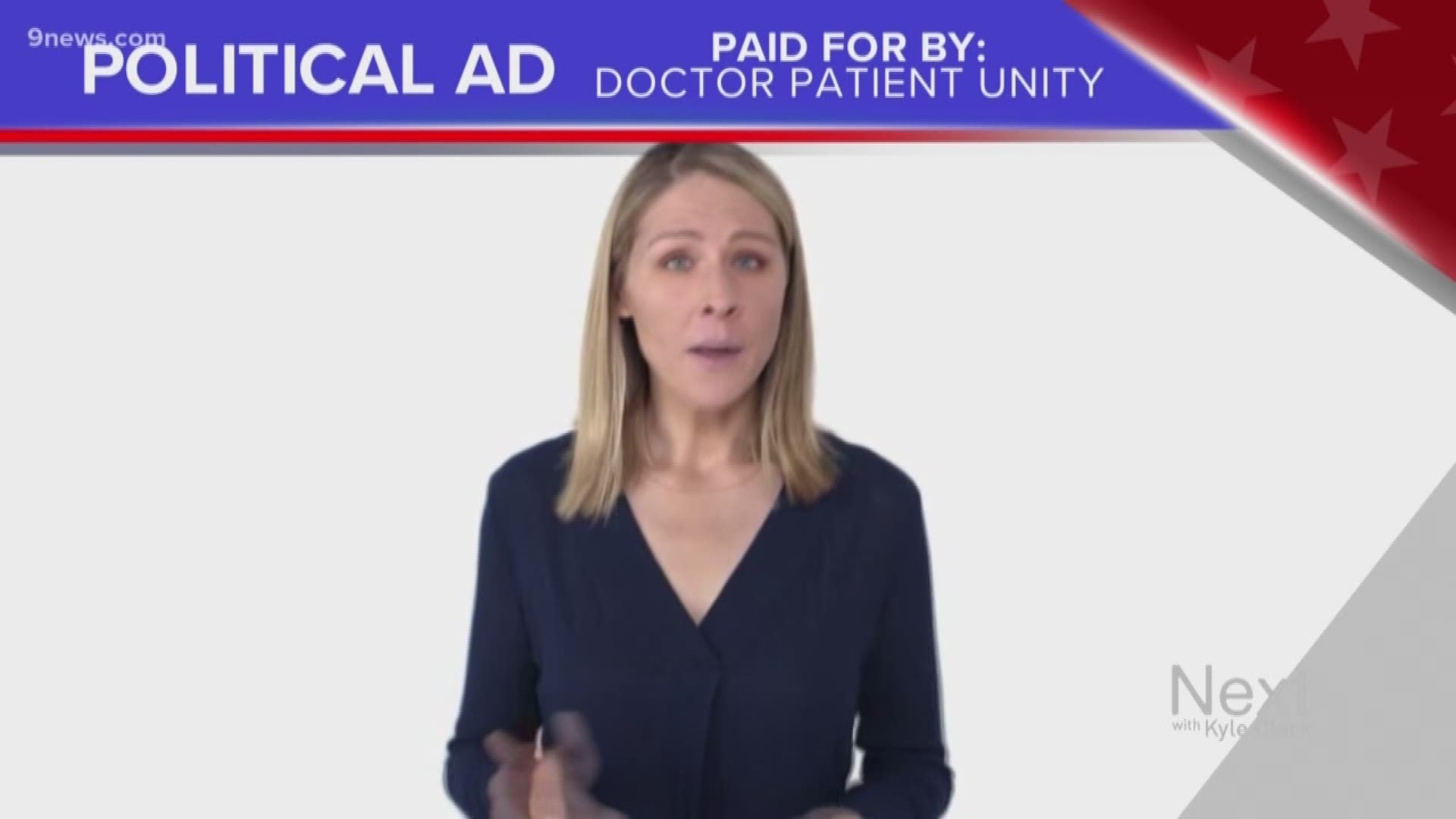 DENVER — A political ad airing nearly 100 times on 9NEWS has piqued your curiosity.

We heard from Estella, Steve, Robert, Brian, Chris, Paul and Linda, just to name a few, about the political ad airing about health care.

"A surprise medical bill can be traumatic," the ad starts.

"Tell Senator [Cory] Gardner to choose patients and vote no on rate setting," the ad ends.

The 30-second political ad is paid for by a group called "Doctor Patient Unity."

Who is Doctor Patient Unity?

They are not required to file financial information with the Federal Election Commission.

We can, however, tell you how much they're spending because of the Federal Communications Commission. Political ad purchases are available on the FCC public inspection file.

Where did Doctor Patient Unity get its money?

We can't tell you that either. Federal election laws don't require them to disclose their donors.

However, we found a few clues.

The group's website has an "about" section, but it's pretty much lacking the "about" part. It does not describe who is behind the group or where the money is coming from.

Del Cielo Media is the media company that managed the political ad buys for Doctor Patient Unity. An email to them went unreturned on Tuesday.

A phone number listed on the FCC files led us to Kyle Roberts. His website lists him as "one of the top Republican media strategists in the nation." Roberts to did not respond to our phone call or email on Tuesday.

And what is a Republican media strategist doing behind this ad?

According to OpenSecrets, Doctor Patient Unity spent $2.3 million in political ads that target 11 Senators, including eight Republicans like Gardner, the U.S. Senator representing Colorado. The group registered as a business in Virginia on July 23. The registered agent is listed as North Rock Reports, LLC, in Warrenton, Va., which led us to Jason Torchinsky.

Torchinsky is a partner at the Virginia law firm Holtzman Vogel Josefiak Torchinsky PLCC. According to his biography, he specializes in campaign finance, election law, lobbying disclosure and issue advocacy groups.

He also did not return our call or email on Tuesday.

It advocates for people to call Gardner to tell him to vote no on government rate setting.

What is government rate setting?

9Wants To Know Investigative Reporter Chris Vanderveen has reported extensively on medical billing. Earlier this year, he covered this topic through his Lien on Me series.

Out-of-network doctors can pretty much charge whatever they want. A form of rate-setting would put a cap on out-of-network billing.

Earlier this month, a new Colorado law took effect that will require more disclosure for people who contribute to what used to be "dark money" groups. However, because this ad deals with a federal candidate, Colorado's new law does not apply.