Who's in, who's out at Denver City Council

Mayor Hancock will lead the city for four more years, but voters cleaned three incumbents out of city council. 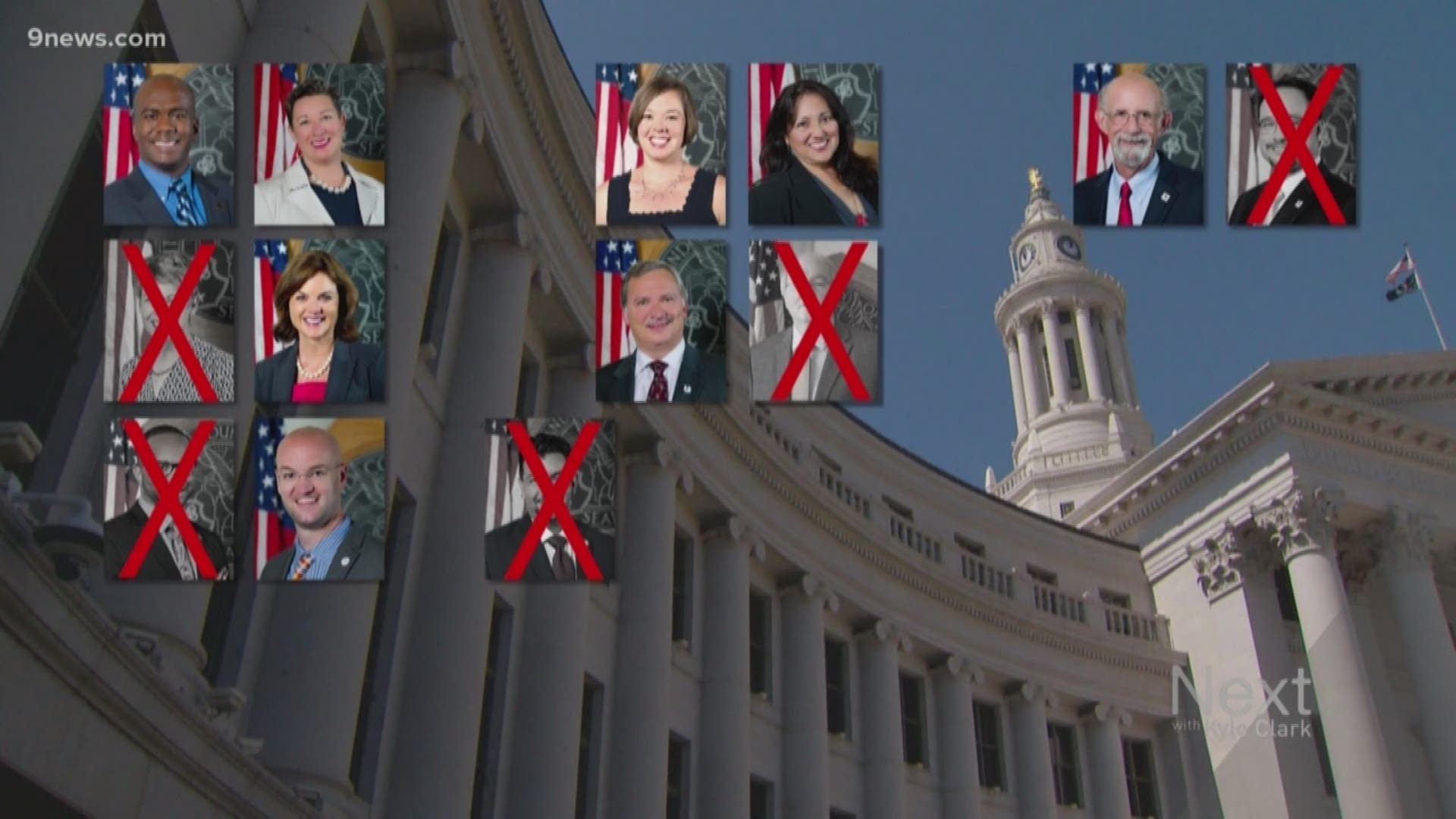 DENVER — Voters gave Michael Hancock a third term as mayor of Denver in Tuesday's runoff election, but they didn't give him the same supporting cast on the city council.

Three incumbents were voted out of office this week, and other candidates took over empty seats.

These are the council’s newest members:

Candi CdeBaca, a social worker and activist, has unseated Albus Brooks, who was considered a likely successor to Hancock. She’ll represent Denver’s 9th district in North Denver, covering neighborhoods like LoDo, Globeville, and Five Points. She won over Brooks with 52.44% of the vote.

“We ran a historic race in a historic fashion to become the: FIRST queer Latina councilwoman in Denver, the FIRST representative on council from Swansea, the FIRST Latina to represent the old District 8, and the FIRST Democratic Socialist on Denver City Council,” she wrote on Facebook.

CdeBaca had been a vocal opponent to the I-70 expansion project. As far as the future, her campaign website lists the issues important to her: “responsible growth,” “people-centered transportation,” and “government you can trust.”

She had more than 16 percentage points over Susman in Tuesday’s runoff. Notably, Sawyer and Susman were on opposite sides of a condominium proposal project in the Hilltop area earlier this year.

“Tonight, even though we were outspent over 7-1 in the run-off, we proved that the ‘soul’ of our city is not found in the pockets of Big Developers, but in the hard-working people who live here,” Sawyer wrote on Facebook.

Amanda Sawyer for Denver City Council District 5
Our campaign has had a simple goal - to lift up the voices of our neighborhoods without accepting contributions from Big Developers. Tonight, even though we were outspent over 7-1 in the run-off, we...

Her campaign website says she wants to “protect the character of our neighborhoods.”

On Facebook, he wrote: “As I said before the runoff election, I welcome everyone in District 10 onto #teamChris, even if your choice before June 5th was another candidate. I look forward to getting to know you as a Councilperson as I've gotten to know you as a candidate! (there might be a slight delay as we rest and dig out from the billions of messages!)."

Hinds’ policy platform included working on Denver’s housing crisis, advocating for others with disabilities and making his district feel like a “20 Minute Neighborhood” – the idea of putting everything residents need within a walking distance.

He has a background in software.

Amanda Sandoval ran against another potential newcomer, firefighter Michael Somma, to represent District 1’s neighborhoods like Berkeley and the Highlands.

Sandoval, too, works for the Denver Fire as a legislative liaison.

“I am filled with gratitude and excitement today. Thank you to all of YOU… Supporters! Volunteers! Community and citywide leaders! And District 1 residents and friends!,” she posted to Facebook Wednesday.

Amanda Sandoval For Council
"It is not joy that makes us grateful, it is gratitude that makes us joyful." -David Steindl-Rast And I am filled with gratitude and excitement today. Thank you to all of YOU... Supporters!...

Like her fellow councilmembers, Sandoval said she wanted to promote smart development. She also promised to fight for larger budgets for first responders, to address safety concerns at traffic crossings, to protect local parks and to work to establish more neighborhood watch programs.

In District 3, Jamie Torres will represent neighborhoods like Barnum and a piece of West Colfax. She ran against activist Veronica Barela to replace Paul Lopez, who ran for clerk and recorder after reaching his term limits.

She wrote: “I started this campaign on my birthday, May 17, in 2018 compelled by the desire to work with my neighbors throughout the district on some of the most crucial challenges of our history and be a part of celebrating some of our greatest accomplishments. The neighborhoods of District 3 are my home and my heart. I’m truly honored to work with and for all of you.”

Jamie Torres for Council
We did it! I'm in awe of my community! We had some of the best voter turnout in District 3 history with 7,500 votes cast last round and roughly 6,000 for the runoff. Our engagement, unprecedented,...

Torres is from West Denver, and is not a stranger to city government. She is the deputy director of Denver’s Human Rights & Community Partnerships Agency and director of the Office of Immigrant & Refugee Affairs.

In her campaign, Torres said she would prioritize tracking bond projects in the district, the needs of immigrant communities, art initiatives, transit and investment in sidewalks.

Other incumbents won back their seats in the May election: 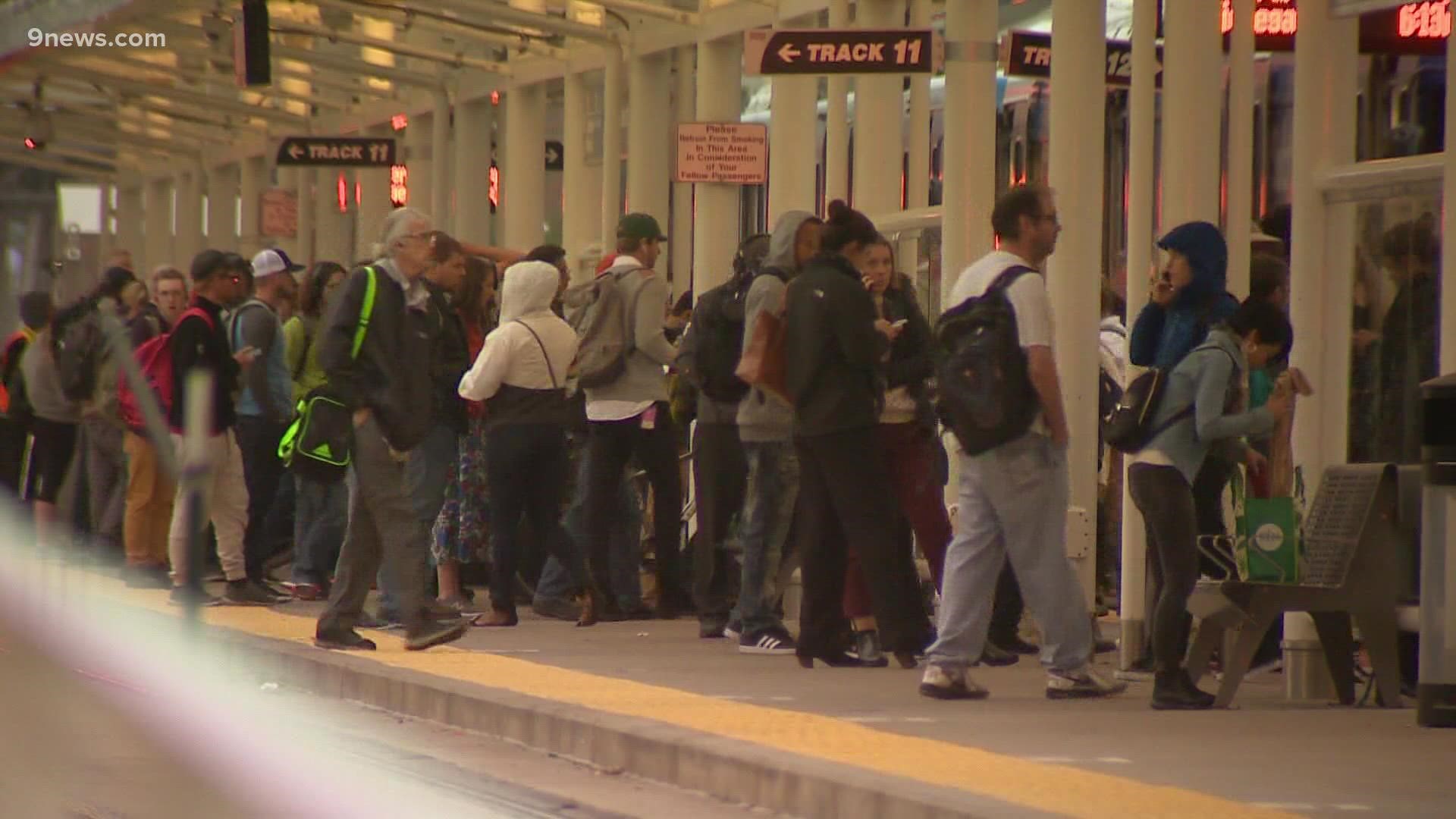 Next Question: Does RTD enforce the federal mask mandate on public transit?