A group gathered over the weekend to protest Colorado's mask mandate and business restrictions near a ballot drop box in Larimer County. 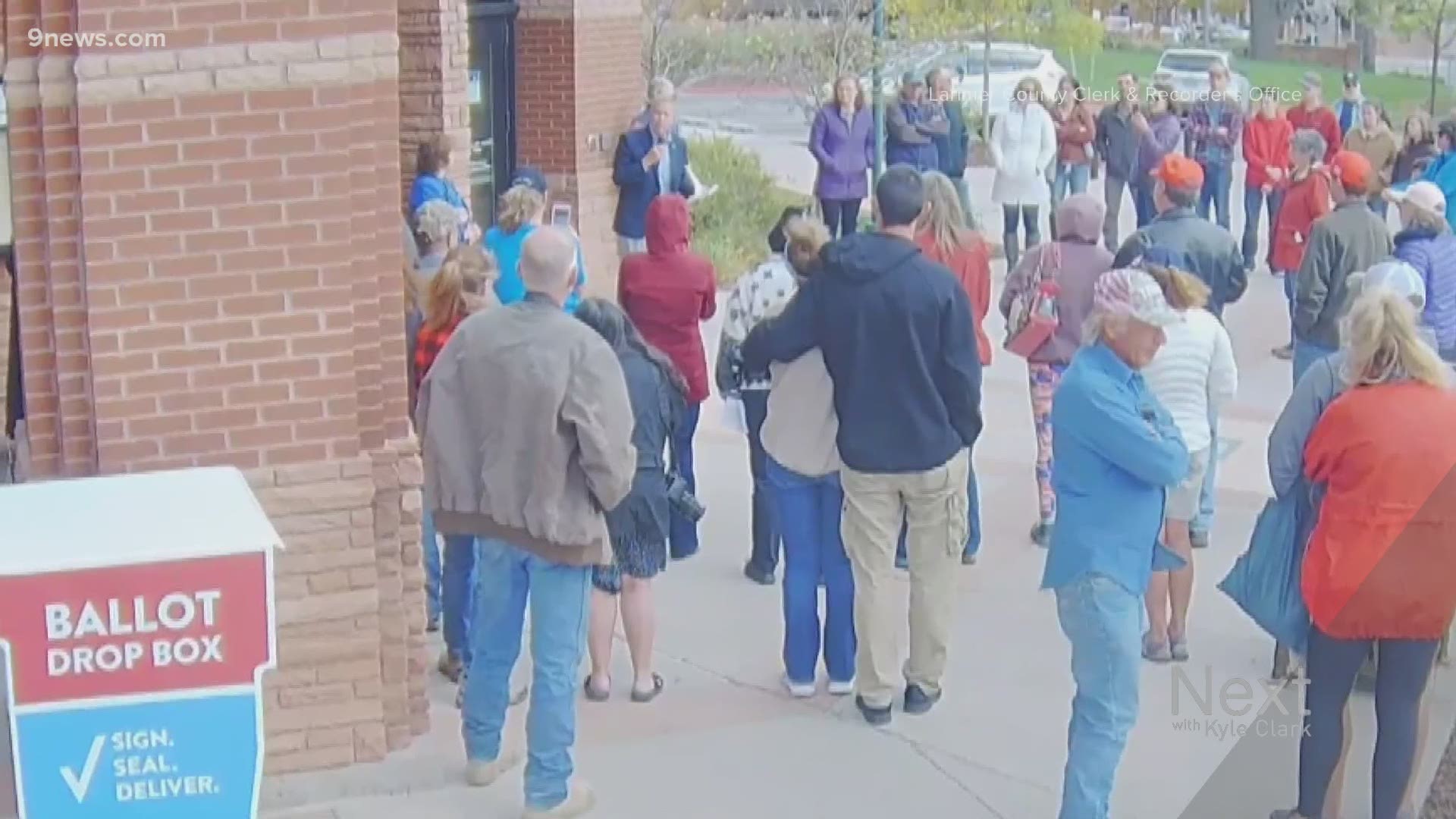 DENVER — Electioneering is not allowed within 100 feet of a polling place or ballot drop box.

Electioneering is campaigning for or against a candidate or an issue on the ballot.

On Sunday, a group gathered outside the Larimer County Courthouse to get county commissioners to seek a variance from the state's mask mandate and limits on businesses.

"If I had been there and I had been able to talk with these folks, I would have asked them to move outside the 100-foot limit," said Republican Larimer County Clerk and Recorder Angela Myers.

Myers heard about the protest happening from an elections worker who saw it on Facebook. She said she went to the courthouse, but by the time she arrived, the rally was over.

She said she did not see any evidence of voter intimidation.

"I looked at the surveillance camera. I saw no indication at any time of anyone bothering anyone dropping their ballots," said Myers.

Ballot boxes are required to be under 24-hour surveillance while open.

Larimer County provided the video. Before the rally started, the video shows multiple families taking selfies before they put their ballots in the dropbox.

As the crowd gathers, there are people that appear to be feet away from the ballot box, but people are still able to drop off their ballots.

At one point, a man arrives to drop his ballot off wearing a face mask and a face shield. The video shows a person attending the rally, who is standing closest to the ballot box, turn and laugh as the masked and shielded man arrives at the dropbox. Just as the man puts his ballot into the slot, the rally attendee turns and coughs into his fist in the direction of the voter.

Then, 90 seconds later, after two older women put their ballots into the dropbox, the rally attendee coughs into his fist twice more while walking in their direction.

Former Republican State Senator Kevin Lundberg was the emcee of the event.

Over the phone, he told Next with Kyle Clark that the event had nothing to do with the election, therefore not electioneering.

"We were not politicking for the election one way or the other," said Lundberg. "The fact that there was a ballot box on the periphery was very tangential."

He said anyone who wanted to access the dropbox still could.

"We were not electioneering and I want to make that extremely clear," said Lundberg.

About 20 minutes after the coughing examples, there was also an example of a rally-goer helping a masked voter find the slot to place their ballot into the box.

"Don't let anybody make you feel uncomfortable. Find another site, they're all over the place. And if you see something you don't like, contact me directly," said Myers.

Need to know where to drop off your ballot or vote in person? Use the 9NEWS interactive voting map.