The opioid epidemic is once again focused on Purdue Pharma. The makers of Oxycontin said they are declaring bankruptcy but Colorado is still suing. 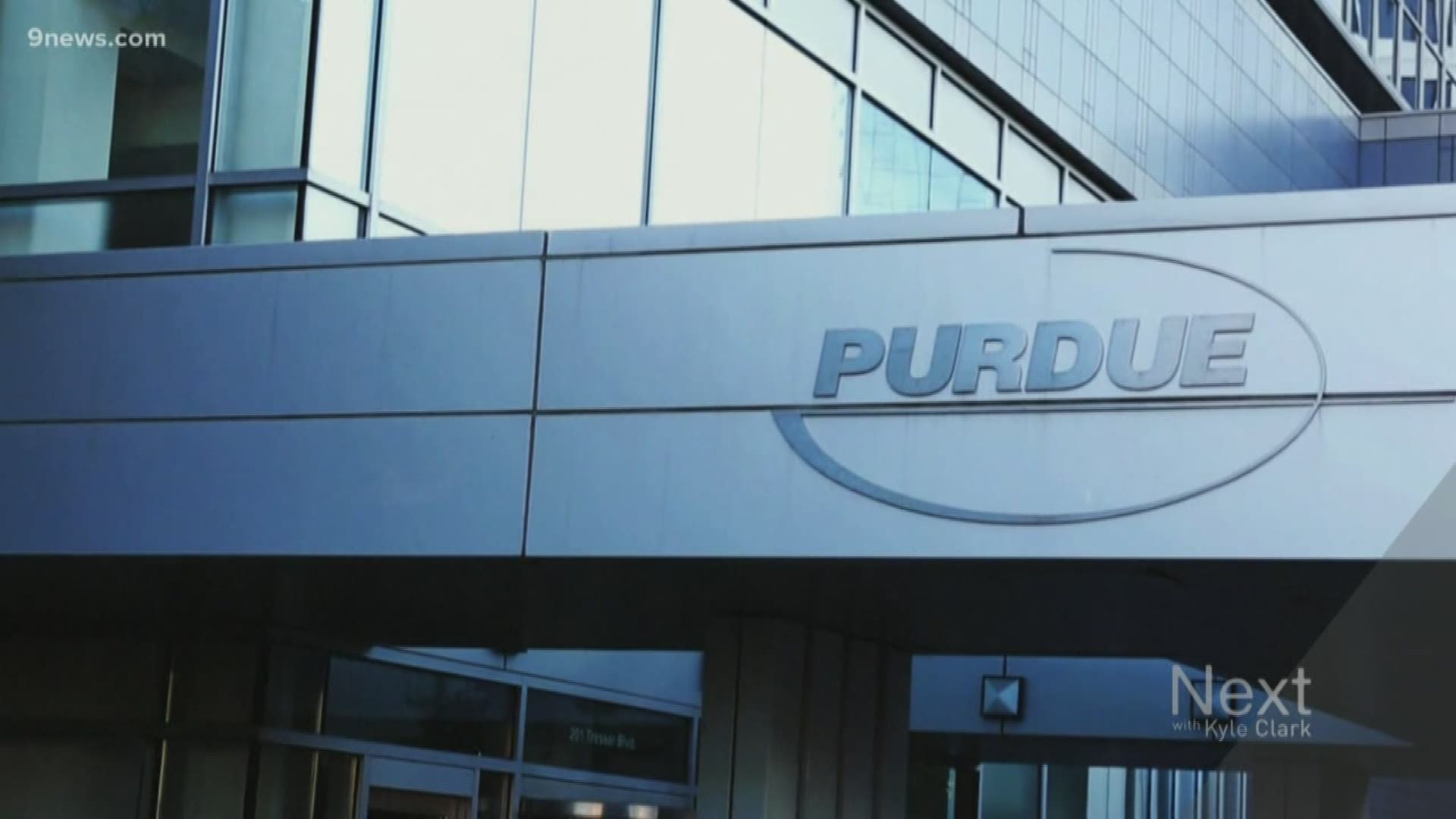 DENVER, Colorado — The opioid epidemic is once again focused on Purdue Pharma. Late Sunday, the makers of Oxycontin said they were going to declare bankruptcy as part of an agreement to settle thousands of lawsuits with states and local governments across the country.

The lawsuits allege that Purdue played a major role in the opioid crisis.

RELATED: After bankruptcy filing, Purdue Pharma may not be off hook

However, the company isn't off the hook yet because not everyone who's angry enough to file a lawsuit has signed on to the multi-state settlement that's estimated to be worth $12 billion. This includes Colorado.

WHAT IS COLORADO'S POSITION?

He said the deal on the table is not good enough to match the damage opioid addiction has inflicted on Coloradans.

"There is a lot of anger out there," he said, "A lot of frustration that people have been able to make money while others lives and families are being destroyed."

Weiser said his main concern is how much Colorado would be compensated.

"The big issue is how much money Colorado should get," he said. "Under the proposal, they put forward there are too many questions, too much uncertainty."

WHAT DID PURDUE PHARMA PROMISE IN THE SETTLEMENT?

In a release, Purdue Pharma said the settlement is "estimated to provide more than $10 billion of value to address the opioid crisis."

The settlement would include the following criteria:

for the benefit of claimants and the American people;

approved by the Bankruptcy Court;

• NewCo potentially contributing tens of millions of doses of opioid overdose reversal and addiction treatment medications at no or low cost;

• NewCo agreeing to be bound permanently by injunctive relief, including marketing restrictions on the sale and promotion of opioids; and

• In addition to 100% of Purdue, the Sackler families contributing a minimum of $3 billion, with the potential for substantial further monetary contributions from the sales of their ex-U.S. pharmaceutical businesses.

However, Weiser is disputing those numbers.

"That's incorrect," he said. "The $10 billion number is based on a set, of what I believe are unrealistic assumptions. It is more like ten billion dollars question mark."

WHAT DOES COLORADO'S ATTORNEY GENERAL HOPE TO GAIN BY NOT ACCEPTING THE SETTLEMENT?

The attorney general wants to hold the Sackler family accountable.

"The real question is what about the Sackler family members who've made billions of dollars over the year that's come out of the company, will they be held accountable?" he said.

The state is continuing its lawsuits against both the company and the family. Weiser believes he can get Colorado more money to go towards addressing the opioid crisis than the state would get through the current settlement deal.

When asked if Colorado stands to lose money that could go towards addressing the epidemic if the bankruptcy goes through, the attorney general said:

"I believe it's a very small risk on the downside. There is the risk they could try to cram down this proposal. I don't think believe that's likely to happen. What's more likely to happen the Sackler's will face more legal liability and oversight."

WHY DID OTHER STATES AGREE TO THE SETTLEMENT:

Twenty-three other states have agreed to this settlement, according to a press release put out by Texas Attorney General Ken Paxton.

Paxton was one of the attorney generals who settled, saying he preferred the company put money towards addressing the crisis versus in court.

Online he shared a release that read in part:

"For over a year, my office has been aggressively working to hold Purdue Pharma accountable for its deceptive marketing of prescription painkillers like Oxycontin, which has fueled our opioid epidemic. During that time, our focus has been not only on accountability, but on obtaining the resources we need to get the victims of this epidemic the help they deserve. To that end, we have been negotiating with Purdue Pharma and the Sackler family to obtain those resources without the delay of lengthy litigation and squandering the resources of the company on unnecessary court costs," Attorney General Paxton said."

"Purdue Pharma is currently facing several hundred lawsuits related to the marketing and sale of opioids and has been expected to file bankruptcy for some time. The agreed terms of this bankruptcy are expected to provide far more recovery for the victims of opioid addiction than would be provided absent the agreement."

The attorney general said while Colorado is moving ahead with its lawsuits, a judge will decide if lawsuits against the Sackler family will hold if up bankruptcy is finalized.

There is a hearing scheduled Tuesday in White Plains, New York, where the judge is expected to go over routine matters like whether the company can keep paying its taxes and utilities.