Why Denver wants you to care about the census

Denver launched an education campaign to encourage as many people as possible to participate in the 2020 census in part because there's a lot of money on the line. 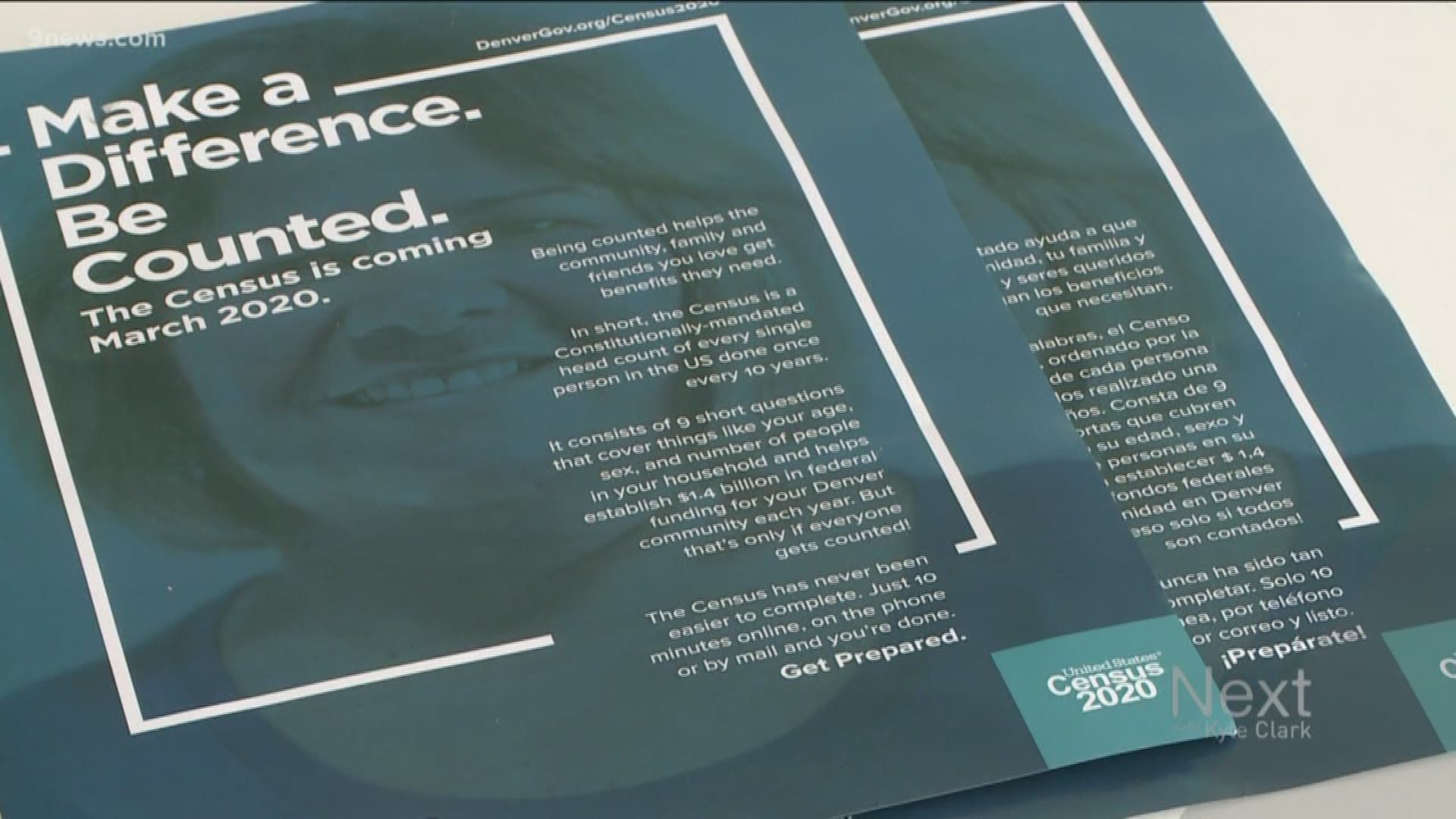 DENVER — The City of Denver has launched an education campaign to encourage as many people as possible to participate in the 2020 U.S. census in April.

Billboards, posters and brochures will be put in places like hospitals and clinics to not only encourage people to participate in the census, but to also tell them their information will be kept safe.

The city has a vested interest. There's $1.4 billion of federal money on the line, in addition to roughly $13 billion that could go to Colorado.

City Councilwoman Deborah Ortega is working with Dr. Janine Davidson, the president of Metropolitan State University of Denver, to help educate people on the upcoming census, both on-campus and across Denver.

Davidson and Ortega said that no matter how important the census is, they know people are still nervous to participate even after the U.S. Supreme Court tossed out a citizenship question in a close 5-to-4 vote.

"It took the court some time to make those decisions, so it forced us to speed up the work we do to get the education out into the community," said Ortega.

With roughly four months left to go, Denver, with the help of MSU and faith leaders like local Pastor Del Phillips, is trying to connect with underserved communities.

RELATED: People moved to Colorado most from these 5 states in 2018

RELATED: Census report: US population will get older, more diverse

For Denver and Colorado to secure the money they want, the headcount needs to be accurate.

"If you have kids in our schools -- we all drive our roads, lots of people rely on health care, daycare, housing," said Ortega. "It covers all the various categories that we get federal resources for."

Because Colorado's population has grown in the last 10 years, the state could also gain another seat in the House of Representatives.

City council boundaries could change, as well, to make sure each district has roughly the same number of people in it. After the last census, some boundaries changed in Denver to keep that even.

For the first time, the census can be filled out online and people will start getting notifications in March.

The census count happens every 10 years and is mandated by the constitution.

Census workers take an oath for life to keep the information they collect confidential. The government can only release any data 72 years after the census count.