Why do bridges take longer to tear up and repave than the rest of the road?

The city is tearing up and repaving Speer through downtown, and this week it's been the bridge between Lawrence and Larimer that has slowed traffic. 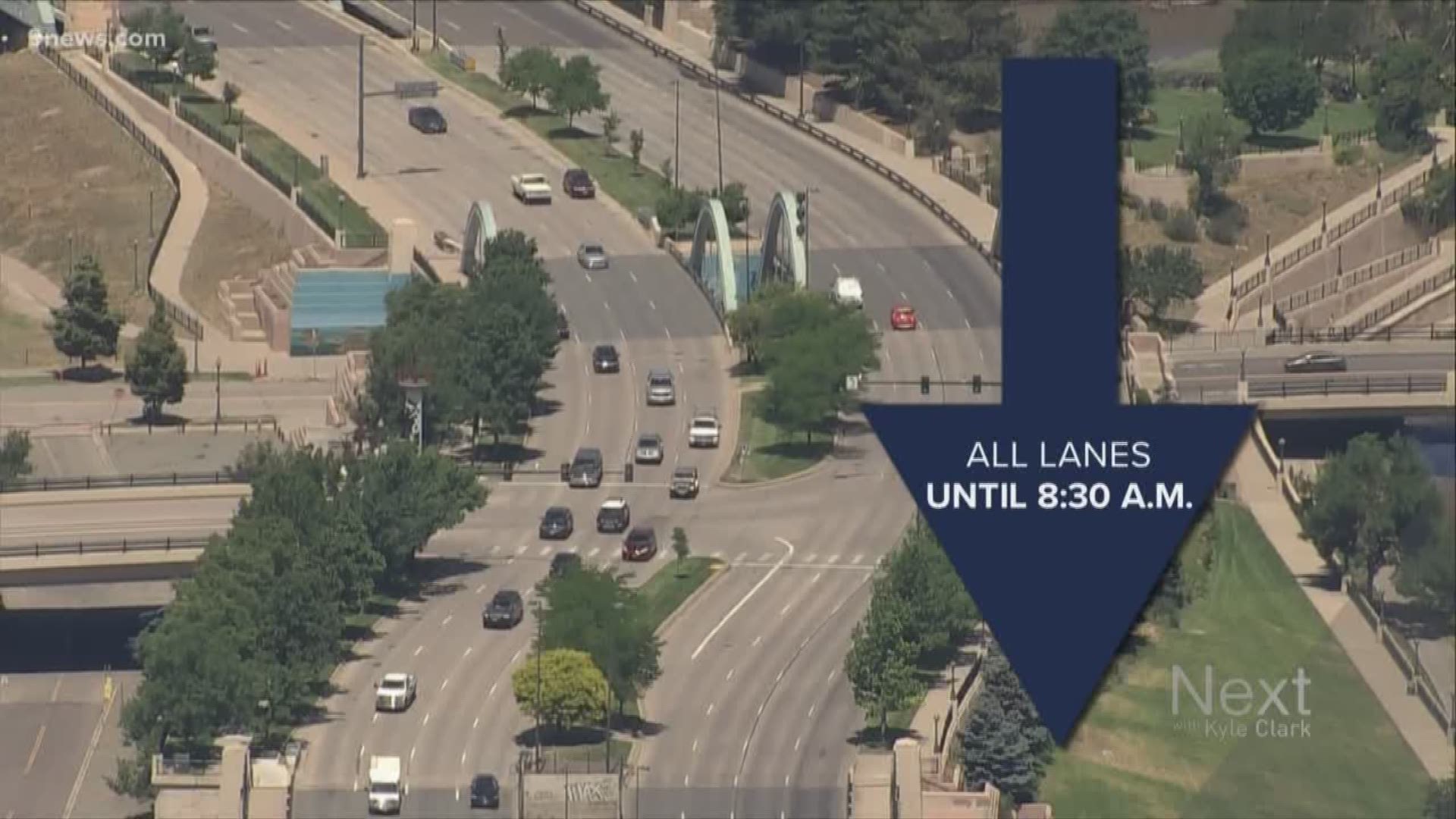 DENVER — Doing road work in the summer is hard enough without the temperature hitting 101 degrees.

Denver Public Works will be tearing up and repaving Speer Boulevard between Colfax Avenue and Interstate 25 over the next two weeks.

"You want to mill off, you want to remove the old asphalt, and you want to put new asphalt on, but in between there, there's an extra step," said Denver Public Works spokeswoman Nancy Kuhn.

That extra step has already caused delays on northbound Speer Boulevard this week. The bridge between Lawrence and Larimer Streets is going through that extra step.

It's basically waterproofing the concrete before putting asphalt back over it.

That will have to happen again on the southbound lanes of Speer Boulevard, when the bridge at Arapahoe Street is milled and repaved.

According to Denver Public Works, 25,000-30,000 vehicles travel Speer Boulevard through downtown each way every day.

For drivers coming south from I-25 into downtown, the lane closures over the next two weeks won't start until 8:30 a.m. Two lanes will be closed to mill and repave.

For drivers coming north from Colfax Avenue into downtown, the lane closures start at 7 a.m.

"We're going to try to reduce traffic impacts by starting work a little bit later in morning, on that inbound traffic and try to miss some of that rush hour traffic coming in," said Kuhn.

Got a question about something around town that you want Next with Kyle Clark to answer? Email next@9news.com.