Former Governor Dick Lamm says Amazon and the Denver Olympics are terrible ideas, and that he knows why our state's politicians are pursuing both of them. 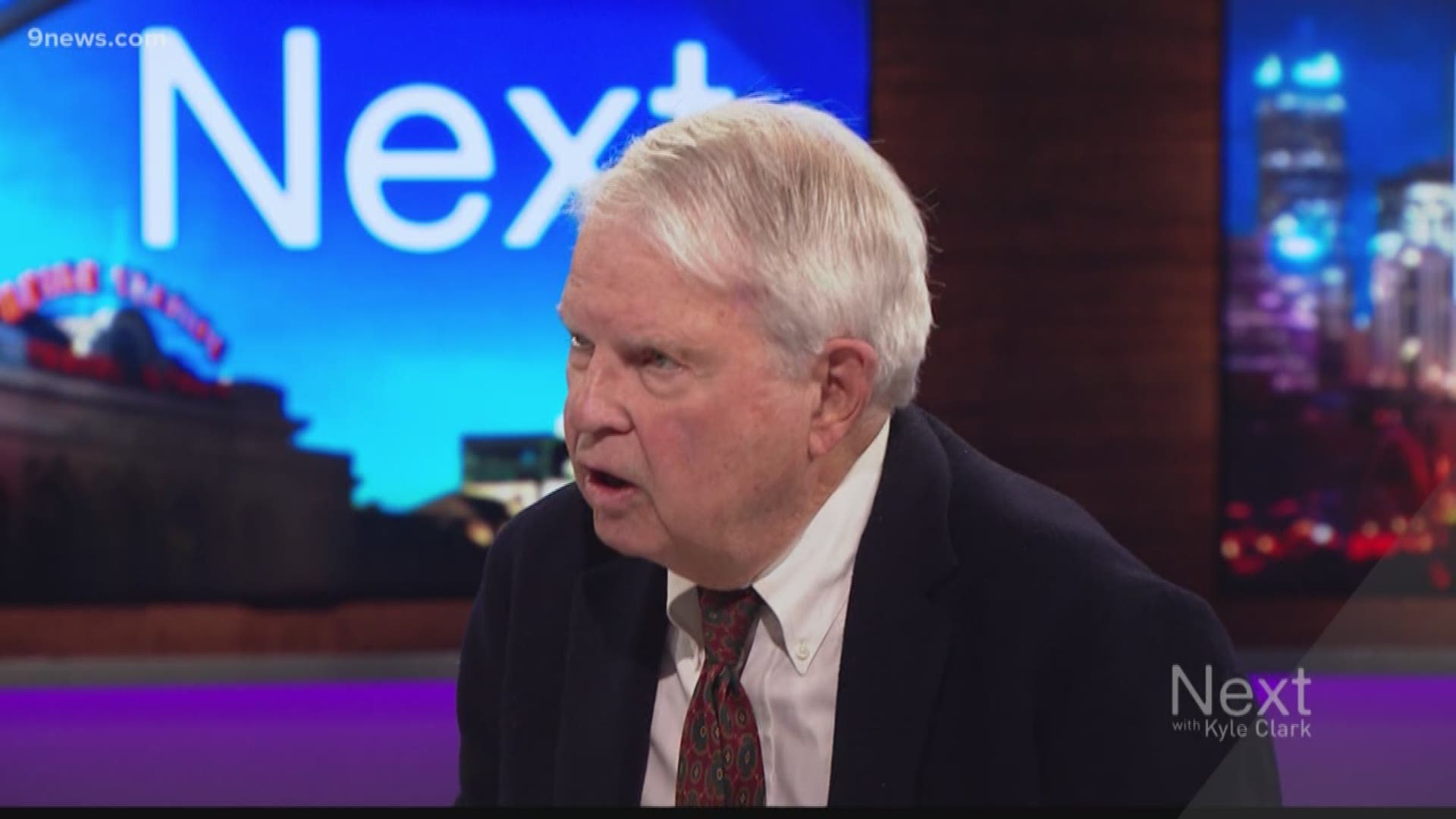 Monday, Lamm stopped by Next with Kyle Clark to discuss the prospect of the Games coming now, as state and Denver city leaders are once again considering a bid, as well as the idea of adding Amazon into the mix.

RELATED: Head of committee pursing bid for Olymics says it can be done on budget

Here are five takeaway from our interview:

1. He says the bid should, and will be stopped.

"I think it can be stopped. I think it will be stopped, sure. You look all around the world, people are withdrawing their bids. Boston withdrew their bid... all over the world, when they really come to trying to host the Olympics, it's an economic disaster, almost inevitably, and the people don't support it. So I think that this one is living on borrowed time."

2. Lamm believes Amazon would be worse for Colorado than the Olympics.

"We have among the lowest unemployment rates in the world. They're looking at 30- to 50,000 (jobs). That means most of those people are going to have to come in from out of state. Do you know what it costs us to settle somebody coming in from out of state? It's 20- to 30,000 in roads, and schools, and infrastructure. And then they want us to give them a subsidy - the largest corporation in America - or one of them. I think the audacity of Amazon, asking for these various communities to bigger themselves with money that we desperately need for school, and infrastructure, and roads to help settle those people."

3. Wouldn't these jobs be good for young people already in Colorado today?

"They certainly could be, and that certainly is an argument, and I think one that should be heard... I believe in organic growth... Do you want slow growth, or do you want cancerous growth? I think that's the question. Do you want to have the regular, organic- Colorado's growing nicely. We're adding jobs without having this avalanche of jobs, we have to then move heaven and Earth to accommodate to."

4. Why are local leaders trying to hard to get these organizations?

5. His thoughts on reports of sexual harassment in the capitol

Opponents of a Winter Olympics bid for Denver are ramping up their campaign this week, with a media announcement Friday and a debate Saturday. Lamm is not leading the charge this time around, but is involved.

You can watch the full interview here:

Lamm was Next's first guest when the show launched. Then, he discussed why he fought against the Olympics back in the 70s. You can see that interview here.