4 Coloradans explain why they just now got the COVID vaccine

Generalizing about why people choose not to get vaccinated isn't helpful. Four Coloradans gave us personal answers about their wait and why they changed their minds. 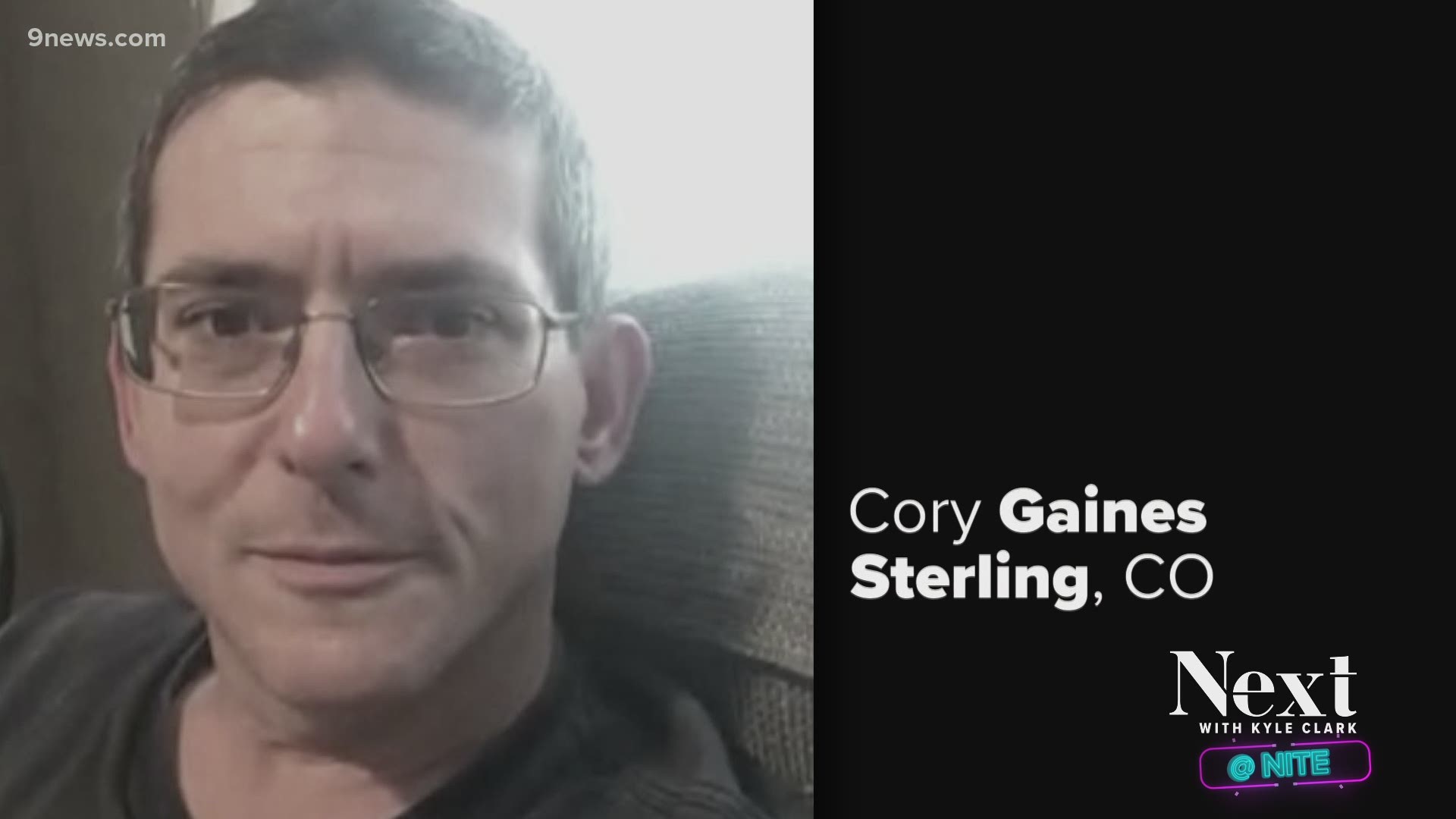 DENVER — Colorado's COVID vaccination rate has all but plateaued, even with the delta variant's spread nationwide. The state hit its peak in vaccination distribution in March and has seen a steady descent in doses given since then.

While the rate is slow-moving, it's not at 0, meaning some Coloradans are still trickling into vaccine providers to get their shots. Next with Kyle Clark spoke with four Coloradans about why they chose to wait on the vaccine, what their thoughts are now and their advice to people who are thinking about getting vaccinated.

Some answers have been edited for length and clarity.

Why now? I always knew that I would get the vaccine. It wasn’t a question of if I would get it, it was a question of when I would get it. I wanted more information [before] I ended up getting it. There’s a lot of mixed messages out there and it’s hard to weed through sometimes what is correct and what is not correct. I waited until enough people had gotten the vaccine. I wanted to see if there were any reports of mass reactions, and I wanted an opportunity to talk to my personal physician.

And after some research on my own, I came to the conclusion that I get the flu vaccine every year, not expecting that it will keep me from getting the flu, expecting that if I do get the flu, it won’t be as bad. And that’s the mentality I took into getting the COVID shot, it may not prevent me from getting COVID-19 but if I do get it, hopefully, it won't be quite as bad. I had a certain level of peace within myself when I came to that conclusion.

What do you think looking back? I think I made the right call for me.

What was your feeling after getting it? I actually sat down and cried. It did feel like a stress relief but it also, for a moment, felt like what have I done? This is now something I can’t turn back from. I committed to this, I’m going to get the second one. And I had to sit with that for a moment and remember why I was doing this.

This ultimately wasn’t something I did for everybody else. This was a decision that I made for me.

Thoughts on renewed mask guidelines? I do find it very discouraging, almost to the point of, if I had waited a little bit longer, what would be the point? Would I still have gotten the vaccine if we aren’t changing what we’re doing? We’re still wearing the masks. We’re still having to social distance -- Why? I am discouraged.

What would you say to others who are waiting? Talk about it. To have conversations. To trust yourself and trust your gut. If something doesn’t feel right, why doesn’t it feel right? But talk to people. Get as much information as you can from many different sources and do what’s right for you.

Why now? Will said he didn’t decide to wait and was actually enthusiastic about getting the vaccine, but he caught COVID in March before he was eligible to get it. He developed severe pneumonia. After he was discharged from the hospital in April, doctors told him to wait three months to get the vaccine and let his body recover.

COVID is very real.  I was hiking Headwaters in Big Sky, Mont., 10 days before I contracted COVID, and 15 days after skiing and hiking I was in the [intensive care unit]. It hit me like a ton of bricks and I had acute respiratory failure, which certainly got my attention.

Message for others? Don’t be one of the low-risk people with a high magnitude of impact. You don’t want to be in the ICU. It’s a scary place.

What are you waiting for? Don’t you like Rockies games? Don’t you like Broncos games? Concerts? Bars? People? I love going to the office. I hope you do, too. If we want our lifestyle back. If we want sports, bars and concerts... Get vaccinated. It’s a very straightforward process.

I don’t know about you guys but I want to travel abroad again. I want to be able to have my freedom back. And the only way forward is to get vaccinated.

Why now? Cory said he did a cost-benefit analysis for getting the vaccine; he’s young and healthy and didn’t feel much of a risk with COVID, no fear of it. But he had no fear of the vaccine either. He wanted to push back against the narrative that people in conservative and rural areas were duped into thinking the vaccine is bad.

When they opened it up to everybody it seemed to me like there was a lot of people eager to get it, anxious to get it. And I thought about it like you’re at a picnic. If other people want to go first let them go first, and I wasn’t in any rush to do it.

Many of the people I talk with, if they’re not getting it, oftentimes the concerns are related to the fact that this is new enough and there’s an emergency authorization. But there have been no long-term studies done on any of this. And for them it’s a case of saying I’m very young, the risk is nearly vanishingly small and if everybody else around me has the vaccine, they’re protected and I’m a little concerned about that or maybe I’m going to wait.

I make my own health decisions based on cost-benefit analysis and solid medical information, which I know how to find.

The thing that’s been particularly unfair is to paint the entirety of small towns, rural America, conservative areas, with that brush of saying, well you know, they’re too stupid to make their own decisions so it has to be Facebook, so therefore, we must clamp down on misinformation.”

I think we need to tread carefully when ascribing motives to other people without speaking to them first.

Out here in Sterling, Colorado, people have just as much rational decision-making capability and just as much personal agency in their lives as they do in Denver.

Why now? Kenny works in hospitality. He was eligible to get the vaccine in April but got COVID two days before the window opened. A lot of his family members caught it, too. His mom died from it shortly thereafter. She was vaccinated but Kenny said he was told that transplant patients like his mom are still susceptible to COVID, even with the vaccines. He blames himself for her death. He wasn’t going to get the vaccine after that since he already had COVID, and it was just he and one other person in his house, but then his dad convinced him.

I called my dad, and he’s like, you aren’t coming to see me unless you get the vaccination. So then, it started to hit me like, OK, it’s not about the two of us. It’s about family. It’s about going across the street to a little driveway bonfire with the neighbors.

I don’t know who’s walking up and down the street or what they have, so I have to -- I have to do my due diligence to love thy neighbor and take care of them.

Sometimes I feel like people aren’t thinking about others. So if you put that spin on it of being 100% selfish for yourself, you’re going to help others.

Thoughts on renewed mask guidelines? Here we go again. This is the start. We got decimated in our industry, and it's hard to come back.

RELATED: Concerns grow about how the Delta Variant will hit the Latino population the hardest

RELATED: Here are the Colorado hospitals that will require COVID-19 vaccines