Assessing the wildfire risk in Colorado

New state legislation includes up to $4.4 million to fund the expansion of the prison crews to train for fire mitigation. 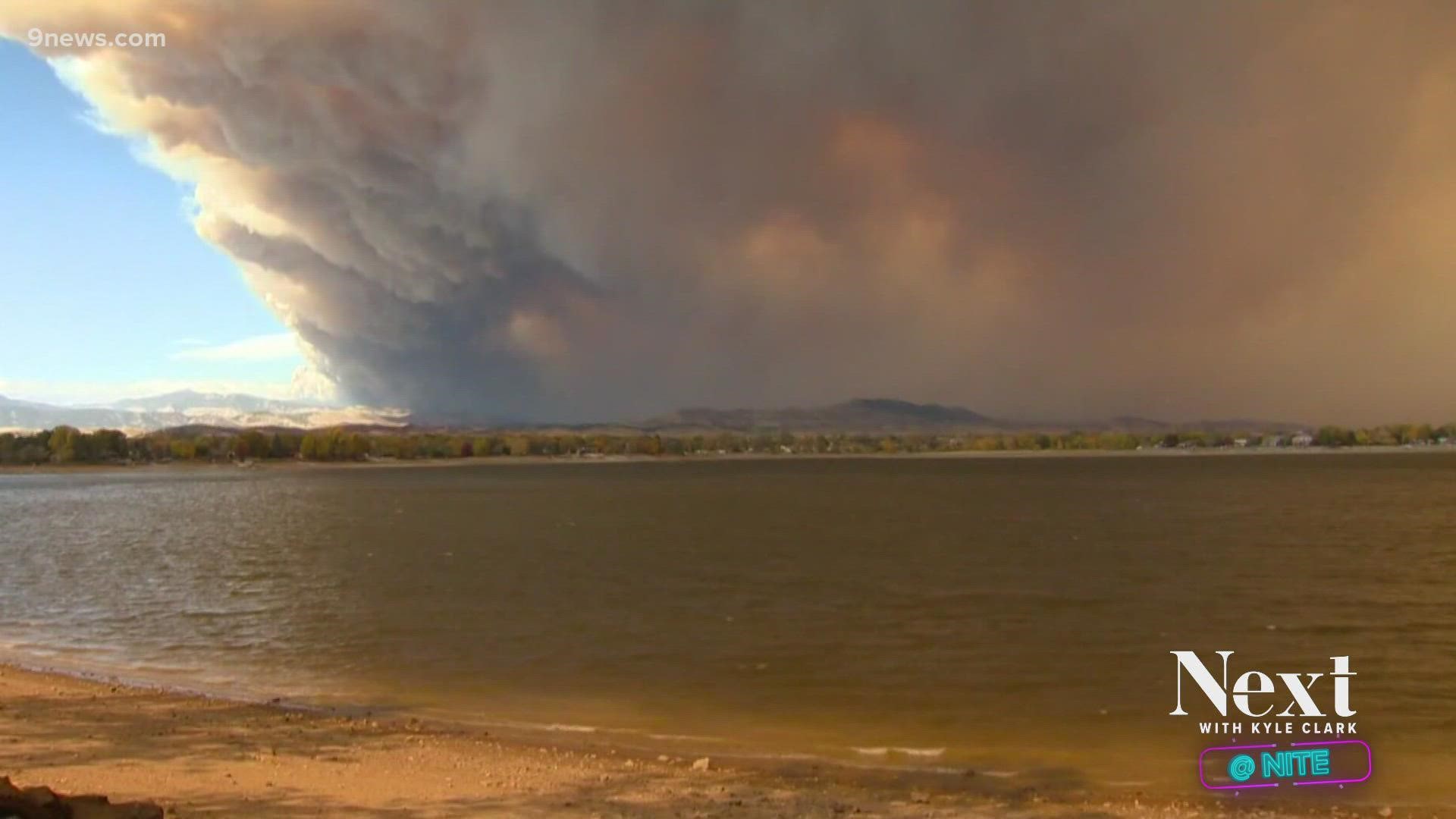 COLORADO, USA — When Dan Gibbs is on the frontlines of a wildfire, his mind is racing – he's thinking about water quality, air quality and wildlife just to name a few.

"Last year I was deployed on the Grizzly Creek Fire in Glenwood Springs," he said, "And the Cameron Peak Fire."

He's been a wildland firefighter since 2006 and is a part of the state and national call-up system, working with federal and local crews.

"It was really the most challenging experience I had," he said about the Cameron Peak Fire.

Gibbs is not only a wildland firefighters, but he is also the executive director for the state's Department of Natural Resources.

"Trees are stressed, they're not getting moisture content they would normally have," said Gibbs, "Winters are warmer and that really breeds this atmosphere of bark beetles."

Looking to the future, Gibbs said those challenges aren't going away.

"In Summit County where I live," he added, "We have 156,000 acres of dead trees that are really a result of climate change."

It's why he talked about the importance of wildfire mitigation and identifying areas susceptible to wildfires. He said part of the solution is behind bars.

The state is working to expand the number of non-violent corrections crews used for this kind of work.

"Great way folks can move from being locked up in a prison," he said, "To a full-time job in the conservation world."

The Colorado Department of Corrections (CDOC) said this program is only available to "model inmates."

The inmate teams are still in the custody of the CDOC, go out and fight fires and do mitigation work under supervision, but then come back to the prison facility when the job is done.

First year firefighters who apply and make it into the program make $40 a day and returning firefighters make $50.

New state legislation that earmarks $25 million through SB21-258 for wildfire risk mitigation, includes up to $4.4 million to fund the expansion of the DOC crews and their project work.

Gibbs said they are also building forces within youth corps to help and paying close attention to threat analysis with more people living in the wildland urban interface.

He also said not everyone is familiar with their surroundings.

"They've moved from other areas around the country," he said, "That didn't have wildfire risks. Everything is new."

Fire mitigation doesn't' have to be all serious. SMFR has used goats to thin out vegetation around communities.

"It's rare for us," he said, "To have a fire that doesn't come close to some kind of home, neighborhood or business."

Hurst said SMFR offers free risk assessment and help to develop a plan of action. They also work with HOA's to reach as many people as possible.

He said mitigation work costs can fall on a property owner. HOA's can work to split costs to make it more affordable for common areas.

Hurst said in Douglas County, the county does their own mitigation work in areas that fall on public lands.