Without extra funding, RTD's remaining FasTracks projects could take until 2050

We are counting down the day until RTD's train to Longmont opens.

DENVER — The Regional Transportation District (RTD) board is looking at new options to fund unfinished train lines in the metro area, so riders aren’t waiting until 2050 to use them.

The corridors are part of FasTracks, the public transportation improvement plan that voters passed in 2004. At the time, RTD estimated the completion of FasTracks would take 12 years.

RELATED: Making sense of the alphabet soup: A guide to all those RTD acronyms

In a presentation on Tuesday, RTD said 75 percent of the projects are finished and that the agency has invested $5.6 billion, instead of the anticipated $4.7 billion, because of higher construction costs and complications from the recession.

The outstanding corridors are: the central rail extension between 30th and Downing and 38th and Blake in Denver, the completion of the N Line to Thornton, the Northwest Rail to Longmont, and a Southwest Line extension to Highlands Ranch. 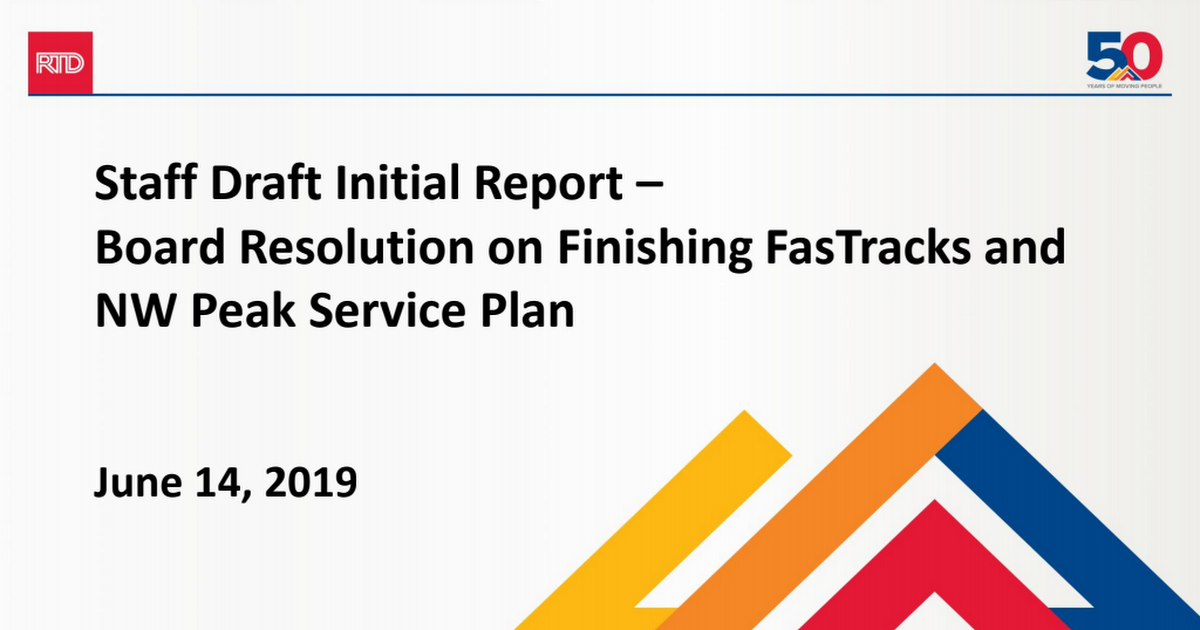 None of the options are suggestions, but rather just possibilities. The presentation included a list of other possible revenue streams RTD could explore, as well.

The plans will be discussed further at a committee meeting on July 9.