Strange encounters of the cattle kind? 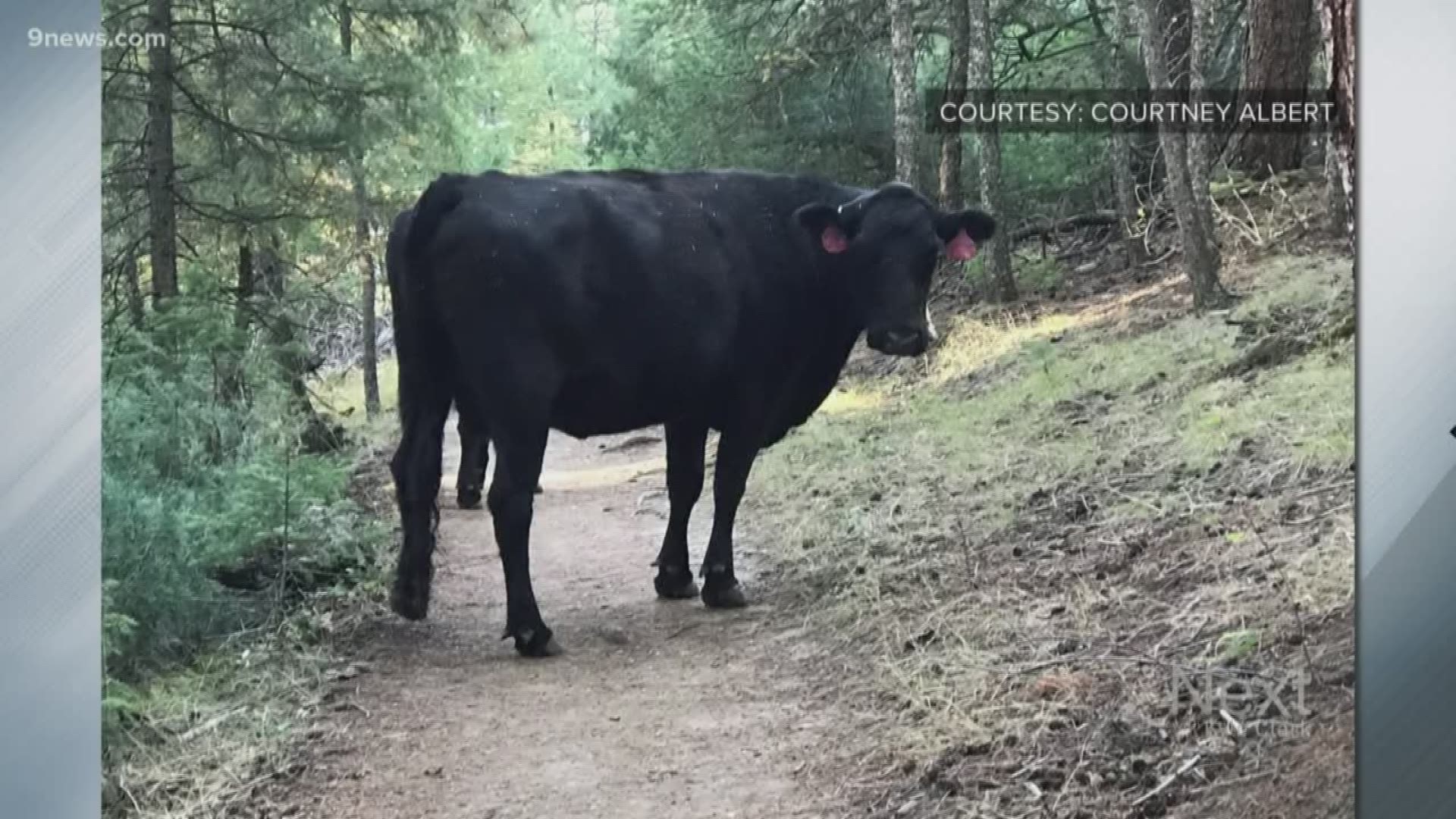 GOLDEN, Colo. — Courtney Albert was recently walking on Beaver Creek Trail in Golden when she had a wild encounter with an animal – but not exactly an encounter with a wild animal.

Albert has hiked that trail several times before. This time, as she hiked last Tuesday, her dog started barking at a figure ahead. She grabbed her bear mace, preparing for what this animal might be.

“My first thought, I went to moose because they were these big black figures, but as I looked closer, I realized that I was surrounded by cows,” Albert said. “I put my bear mace away… and just kept walking along, and everywhere I looked, it was just cows, everywhere.”

“So, I went through them the first time, relatively, without too much of a problem. When I turned around and came back, they were still there, and there were some on the trail and they were not having me. They were not thrilled,” she said, laughing.

Albert went off-trail to go around the crowd on her return.

“They were everywhere, and they were all staring at me. And then they started collecting, too. It's like they sensed some sort of message, and they all started like coming together and staring at me. It was bizarre,” Albert said.

There’s no indication of who the cows belong to, and Albert didn't know how long they hung out on the trail.

“I was prepared for a wild animal encounter when I saw the dark figures. To see the domesticated cow, it made me laugh. It certainly added a nice element to my hike,” Albert said.

And That is The Most Colorado Thing We Saw Today.

If you happen to be missing a herd of cows, please let us know: next@9news.com.