You've heard from the baker. Now hear from the woman called out by the Supreme Court in its ruling.

Diann Rice is the now former Colorado Civil Rights Commissioner called out by the Supreme Court this week. The justices cited Rice's hostility to a cake baker's religion in siding with him and in not making what could have been a landmark anti-discrimination ruling. 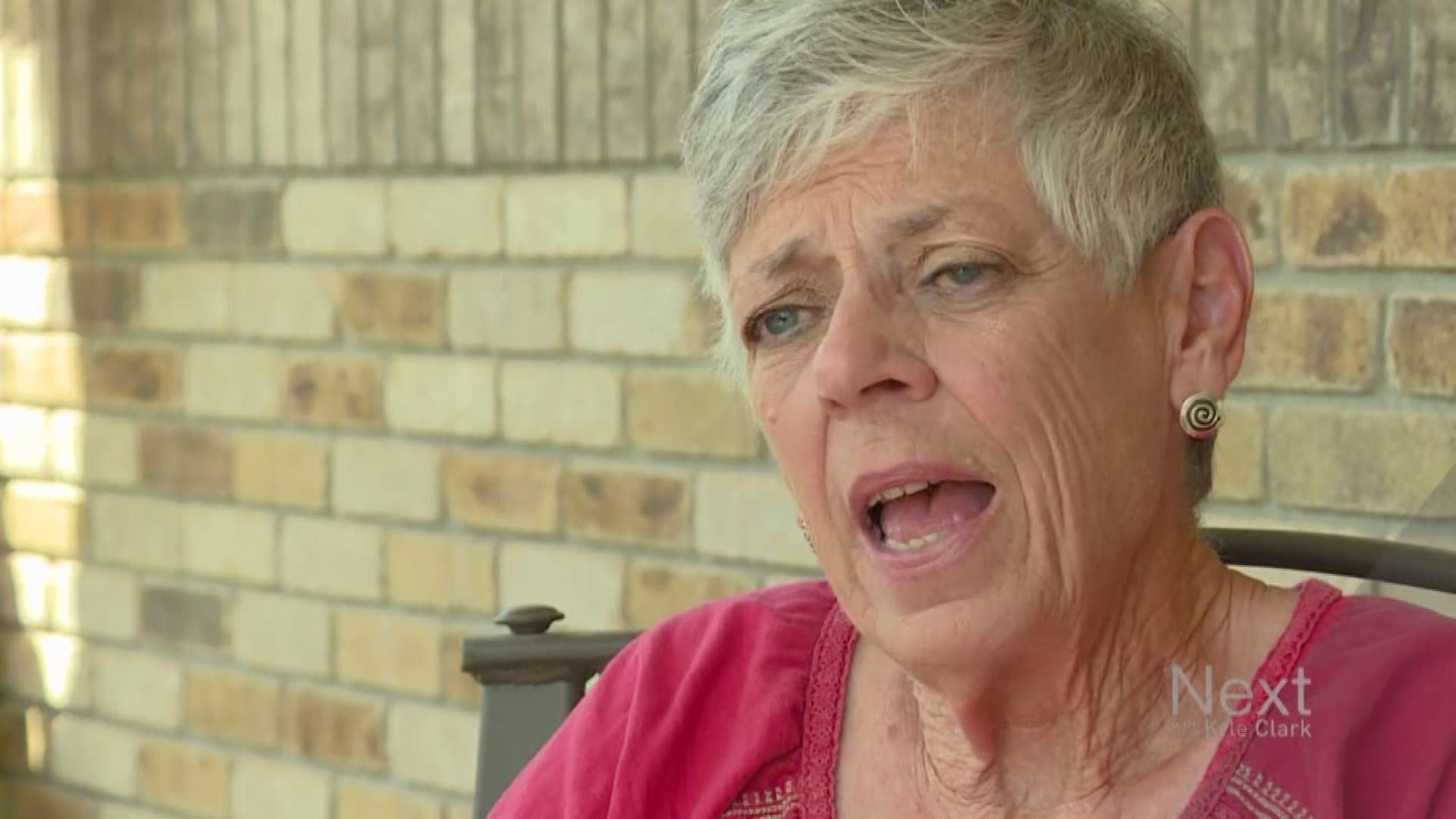 KUSA — The former Colorado Civil Rights Commissioner, who was called out in this week's U.S. Supreme Court ruling on the Masterpiece Cakeshop case, says her only regret is the negative attention it may have brought to the commission.

"I would apologize to the Civil Rights Commission and (Civil Rights) Division if it's caused problems there, but I don't apologize for standing up for what I think is right and what I think it wrong," said former commissioner Diann Rice.

Her words were the focus of the Supreme Court's opinion that ruled in favor of Masterpiece Cakeshop baker Jack Phillips, after the high court determined the Colorado Civil Rights Commission was hostile toward his religious beliefs.

RELATED | SCOTUS ruled against Colorado Civil Rights Commission in baker case; so who are they?

The Supreme Court found this comment by Rice, during the July 25, 2014 Civil Rights Commission hearing, to be disparaging:

"I would also like to reiterate what we said in the hearing or the last meeting. Freedom of religion and religion has been used to justify all kinds of discrimination throughout history, whether it be slavery, whether it be the holocaust, whether it be—I mean, we—we can list hundreds of situations where freedom of religion has been used to justify discrimination. And to me it is one of the most despicable pieces of rhetoric that people can use to—to use their religion to hurt others."

"My comments were made after the decision of the Colorado Civil Rights Commission was made. We had already voted. I did not influence the rest of the commission," said Rice. "I said that religion was used as an excuse for the Holocaust and that was wrong. I did not say Mr. Phillips or Masterpiece Cake had any ill intent toward or were trying to do away with the LGBT community."

She said her comments are being mischaracterized, even in the written opinion by Justice Anthony Kennedy:

"To describe a man’s faith as 'one of the most despicable pieces of rhetoric that people can use' is to disparage his religion in at least two distinct ways: by describing it as despicable, and also by characterizing it as merely rhetorical—something insubstantial and even insincere. The commissioner even went so far as to compare Phillips’ invocation of his sincerely held religious beliefs to defenses of slavery and the Holocaust. This sentiment is inappropriate for a Commission charged with the solemn responsibility of fair and neutral enforcement of Colorado’s antidiscrimination law—a law that protects discrimination on the basis of religion as well as sexual orientation."

"They used the comments differently than I meant them. What I said was that to use religion to discriminate is wrong and despicable," said Rice. "Just to make very clear, I never had any ill intent toward Mr. Phillips' faith. I still think he should have made the cake, but I understand his faith and why he did it."

Rice, an unaffiliated voter, is no longer on the commission because her term ended about a year after the Masterpiece Cakeshop decision. She served eight years and was first appointed by Democratic Gov. Bill Ritter, and then continued under Democratic Gov. John Hickenlooper.

"I think sometimes, 'Oh, maybe I should have just kept my mouth shut, and not said what I believe,' but that would be really hard for me to do, too," said Rice. "If my comments meant that the Supreme Court could make this narrow ruling and not have to jeopardize, possibly jeopardize, a broader set of rights, that's good. I'm willing to take that heat."

The use of the word "narrow" is about the scope of the decision and not the 7-2 vote count. The decision by the Supreme Court never touched the issue of the refusal of baking the cake, thus it did not set a precedent for other similar cases.

"The ruling could have been much broader and could have had real implications for the Colorado Public Accommodation Law," said Rice. "The ruling said that other cases have to be heard on their own merit is a good thing."

Without her words at that 2014 hearing, the Supreme Court might have had to make a landmark decision on an issue the LGBTQ community was watching closely.

"That landmark decision could have been against peoples' rights, too," said Rice. "We might have a resolution that we are more uncomfortable with than the one that we got. Given the current climate and the makeup of the court, it could have been a lot worse."