No prom? No problem for a Louisville high school senior

Ameila Schantz's family went all out celebrating prom at home with a photo wall, lights and decorations. "It was really cool to see people supporting you like that." 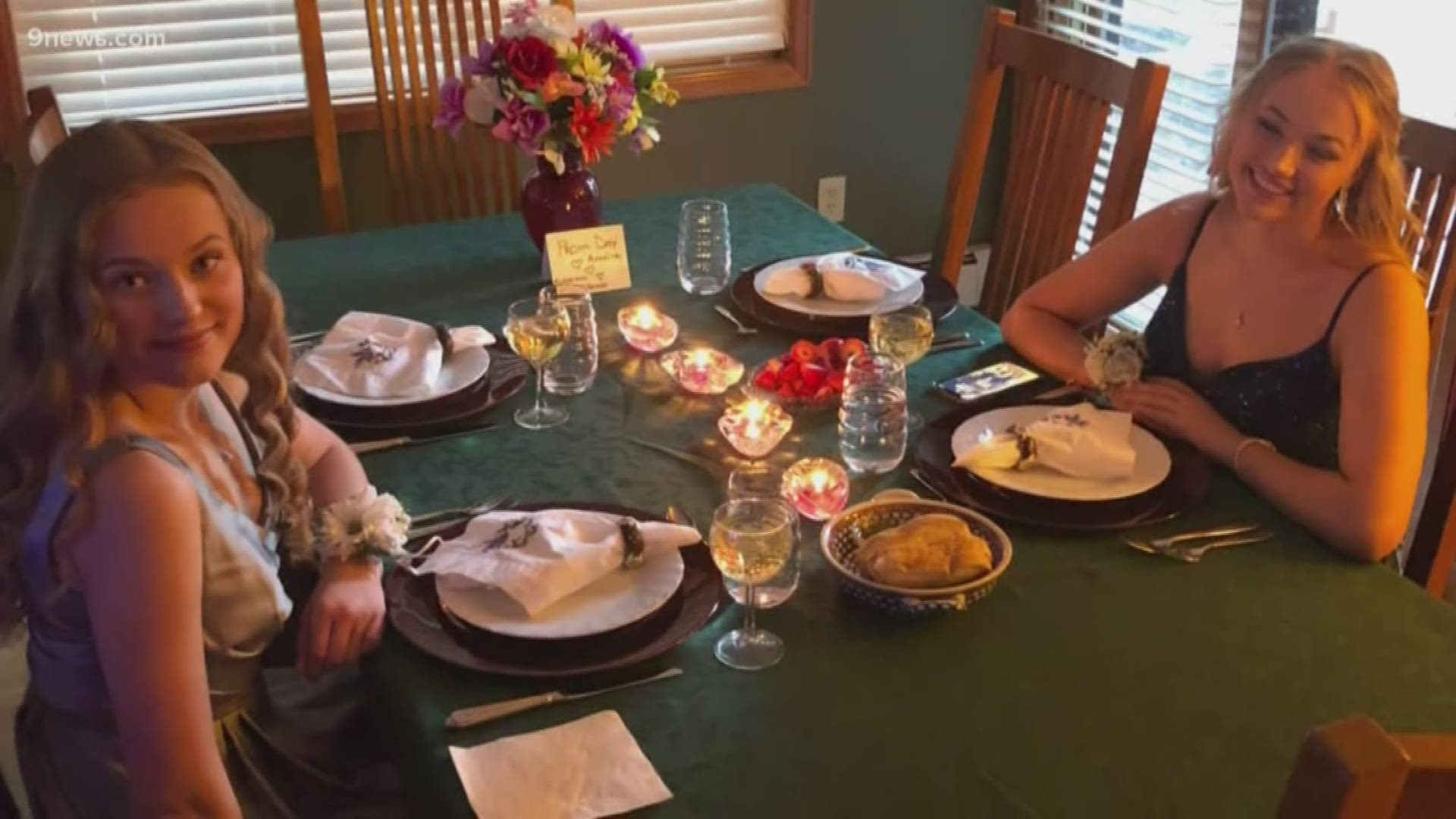 LOUISVILLE, Colo. — Just imagine. A day you've waited, dreamed about and planned for is almost here until something unexpectedly stops it in its tracks.

Amelia Schantz doesn't have to imagine because it's now her reality. A night of dressing up to the nines and sharing one last night of dancing with her high school friends was canceled because of the COVID-19 pandemic.

Schantz is a senior at Peak to Peak Charter School in Lafayette. She says she understands why her prom was called off, but that doesn't really take the sting away -- especially since she had the perfect dress ready to go.

"It was a dark blue dress and it had sparkles on it," Schantz said. "So, it was like my little kid dream Cinderella dress."

When she was a freshman, Schantz said she always dreamed about going to her senior prom as she watched the older students celebrate their final weeks in high school. Needless to say, Schantz was bummed.

"Of course, you couldn't help but be a little sad about it," she said. "But it was for the best for everybody. Got to stay safe."

But Schantz wasn't about to let a good dress go to waste.

A few days after getting an e-mail about the cancellation, Schantz said she walked downstairs and told her family they'd be having their own prom and she wanted the whole family to dress up.

"I went down and got Christmas decorations and birthday streamers," said Terri Schantz, Amelia's mom. "We put up a photo wall, got up the lights and made it happen."

"I woke up that morning and the house was decorated," Amelia said. "It was really cool to see people supporting you like that."

Even Amelia's dad, Mike Schantz, got on board suggesting Terri, Amelia and her little sister Isabelle all needed corsages. And don't let the fact he's the man of the house fool you into thinking he was doing it solely for his daughter. Video of Mike dancing, shown in the report above, suggests he had a good time himself.

"He has a couple specific, iconic dance moves," Isabelle joked.

Amelia chimed in that her dad was "so into it."

While continuing to practice social distancing, the Schantz family supported local businesses by ordering out for the flowers and their night's meal.

"It’s a great way to spend the day and might as well do it right," Mike said.

Amelia's senior's prom may have had less people than she once imagined. And even though the people she was sharing all her dances with were her family, they just so happened to be the perfect dates.

"It was really cool to have my family be a part of it, especially my sister because she’s four years younger than me," Amelia said. "So, I missed all of her high school experiences by just one year."

"I got to be a part of the prom and that wasn’t going to happen, I’m sure," Terri said. "So, we are kind of selfishly happy."

Mike said a bonus of the night was that he "didn't have to worry about where [Amelia] was at or whom she was with."

"So, that was all upside for my perspective."

And as for Amelia, her senior prom turned out to be everything she always wanted -- a night she would never forget.

Amelia said her school is still working out details for her graduation. At the moment, they're discussing have the ceremony in the summertime.

RELATED: Residents are telling on neighbors, businesses who break quarantine