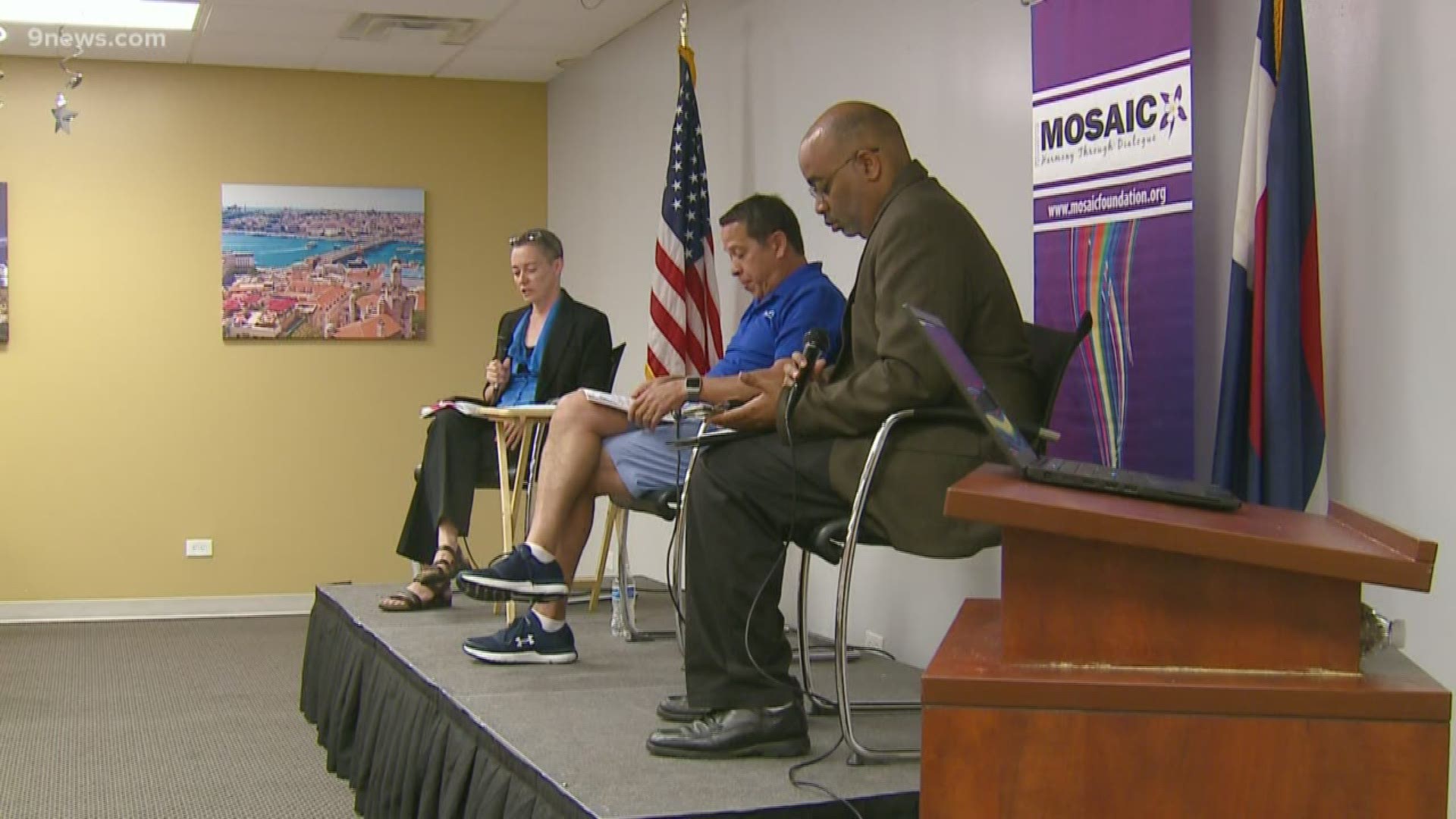 AURORA, Colo. — In the meeting room of the Multicultural Mosaic Foundation, Ismail Akbulut had one goal when it comes to the issue of goose control.

"We believe that we have to get together and talk to each other to have dialogue," Akbulut, Foundation president, said.

Akbulut put together a public forum to hear both sides on how to handle the geese that have overrun Denver parks. This summer, the city and federal government teamed up to cull the population and cultivate the meat, which was served to needy populations.

Scott Gilmore, executive director of Denver Parks and Planning, was invited to talk about the city's actions. He says the problem is more than 5,000 geese have decided to call Denver home.

"They have lost their natural ability to migrate back and forth like they should be," Gilmore said.

Dr. Carole Woodall is an animal activist and founding member of Canada Geese Protection Colorado. She says the city should have consulted the public before killing geese.

"(Extermination) necessitates, according to your own policy, that there must be some kind of interaction with the public at large recognizing that a culling of the geese would give rise to public criticism," Woodall said.

While they both agree there is a problem, they have very different solutions. Woodall says if goose poop is the primary concern, then the city should use machines to clean the park like Boulder does. But, Woodall says Denver can do it better.

"They are actually able to manage their goose poop, the thing is is that it's not managed critically and over time effectively and efficiently," Woodall said.

Gilmore says culling is the best answer and he says Denver has received praise over it at a national conference.