"The fact that they're able to resign while under investigation is problematic," said one of Elijah's McClain's friends. 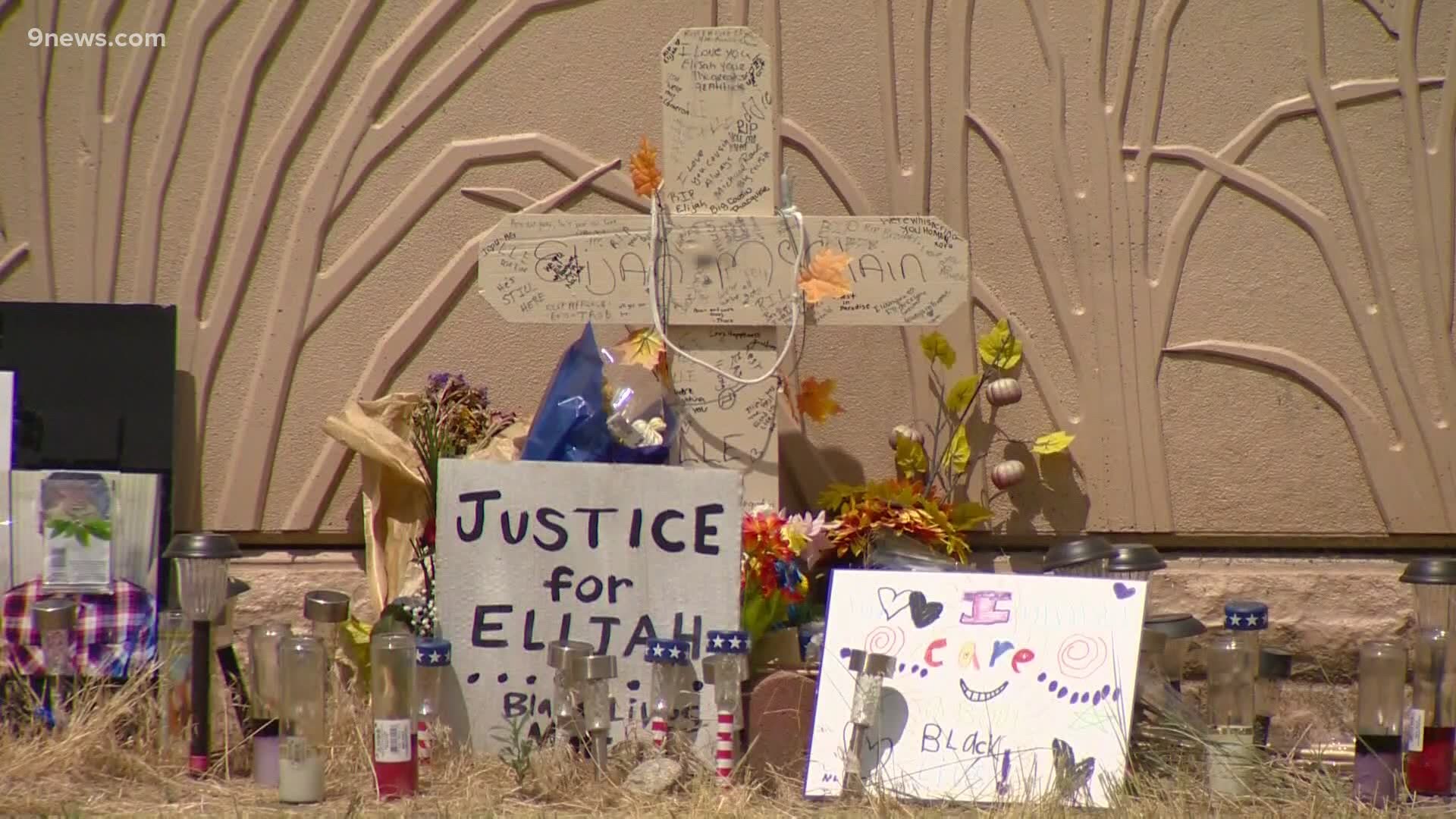 AURORA, Colo. — An Aurora Police officer has resigned amid the investigation into Elijah McClain's death.

The Aurora Police Department (APD) announced Thursday that officer Jaron Jones resigned his position and identified him as one of three officers in photos allegedly depicting chokeholds near the site of a struggle with Elijah McClain on Aug. 24, 2019.

Some of McClain's friends said they are worried that the officer's resignation could mean he'll escape consequences, while they are still mourning his death almost a year later.

"He just had this energy and this light to him," said April Young. She said she met McClain when he worked for her after graduating from massage therapy school.

Young remembered that when she called McClain to cover a shift, he always considered his family first. His mother and his younger siblings were everything for him, said Young.

"He played the violin for kittens on his lunch break," she said.

She said he was smart, gentle and loving.

"To see somebody full of life and full of potential and opportunity be taken away so soon – it was really devastating," she said.

Young said she will continue to call for justice for her friend. She said that includes holding the officers accused of mocking his death accountable for their actions.

"The fact that they're able to resign while under investigation is problematic because what should happen there should be a full investigation with no option of resignation and then at that point, if they are found guilty they should lose their certification so they can't be a police officer anywhere," said Young. "Let's honor his spirit and let's honor who he was as a loving, kind, friendly person who didn't want to cause any harm to anything or anyone."

An internal investigation into the photos has been completed by APD, and the findings will be presented to the chief's review board, which is scheduled to meet Tuesday, according to APD Public Information Officer Matthew Longshore.

The evidence will not be made public until the chief's review board signs off on the findings, which can be appealed by the officers involved, delaying the process, according to Longshore.