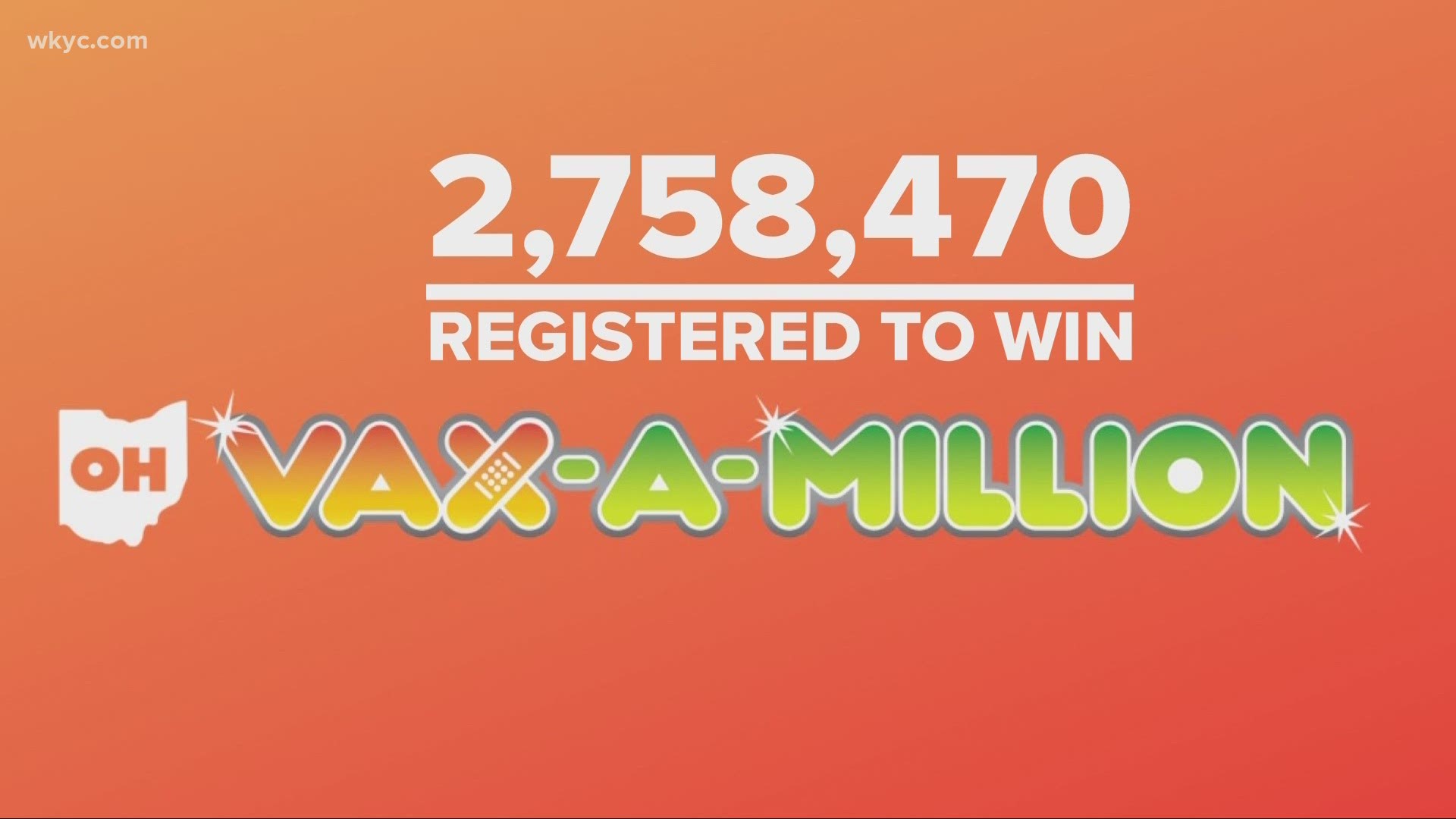 CLEVELAND — Ohio has officially pulled a winner for the first $1 million prize in the Vax-a-Million lottery.

According to the Ohio Department of Health (ODH), the first winner was pulled Monday afternoon from a pool of 2,758,490 total entries, and the winner's name will be announced Wednesday evening at 7:29 p.m. The drawing was conducted at the Ohio Lottery Commission headquarters in Cleveland.

Officials say that the drawing was done using a Random Number Generator and observed by a representative of the Ohio Auditor of State.

The state is currently verifying the vaccination of the individual pulled for that person to be declared as the winner in this first round of the Vax-a-Million lottery.

There will be four more lottery pulls in the coming weeks, with winners' names to be announced each Wednesday night at 7:29 p.m.

During his Monday afternoon press conference, Ohio Gov. Mike DeWine announced that in addition to the nearly 2.8 million people who entered to win $1 million, more than 100,000 Ohioans aged 12 to 17 entered into the lottery to win a full-ride college scholarship to any public school in the state.

Anyone who has already entered the Vax-a-Million lottery will not have to reenter for the upcoming drawings. Those who have not registered yet can do so at ohiovaxamillion.com, or by calling 1-833-4-ASK-ODH (1-833-427-5634).

The final lottery winners will be announced on Wednesday, June 23.