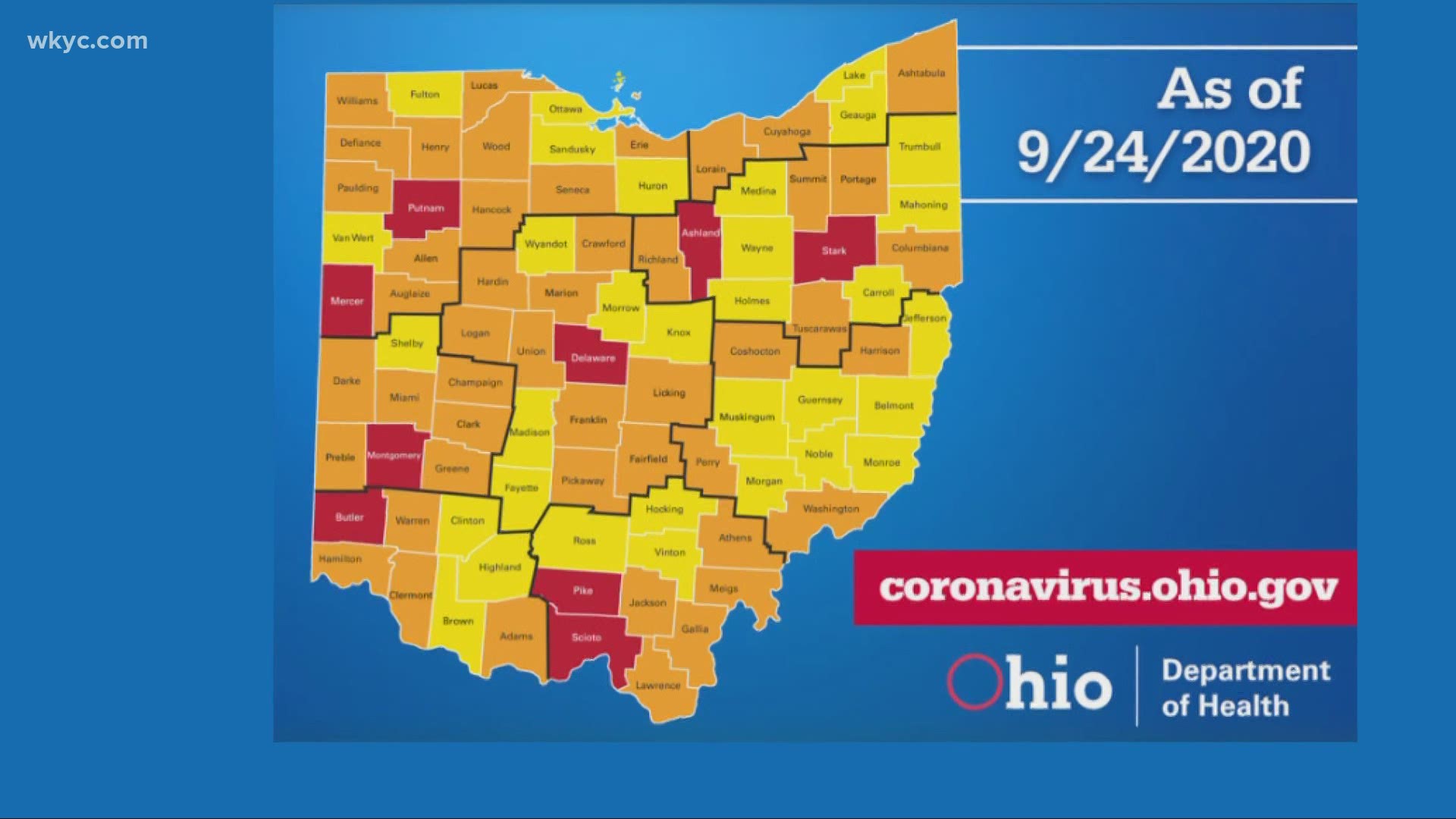 COLUMBUS, Ohio — Governor Mike DeWine is set to hold a briefing with the latest on the state of Ohio's response to the ongoing COVID-19 pandemic.

Since DeWine last spoke to the media on Tuesday, there have been several developing stories that have emerged, both related and not related to coronavirus that the governor may touch on today.

3News' Mark Naymik was the first to report that Cleveland Mayor Frank Jackson asked DeWine to send the Ohio National Guard to support Cleveland police during the presidential debate next week.

Dan Tierney, a spokesman for DeWine confirmed the phone call and says a formal request is in the works. He also said the Ohio Highway Patrol will be providing support to the U.S. Secret Service.

If enacted, the 'Restore Ohio Now' bill would immediately terminate Ohio's state of emergency resulting from the spread of the coronavirus as well as rescind specific health orders enacted by Gov. Mike DeWine's administration.

Yost's lawsuit seeks to block the state’s nuclear plants from collecting fees on electricity bills that were authorized in a new law at the center of a $60 million federal bribery probe involving the former speaker of the Ohio House.

"All retail food establishments that are regulated by the Ohio Department of Agriculture are permitted to resume their use of self-service food stations in accordance with guidance from the Department of Health" the order reads.

Released by Ohio Governor Mike DeWine on Wednesday, the order also allows all restaurants, bars, banquet and catering facilities to reopen, so long as the proper social distancing protocols are put in place.

A bill that would allow cocktails to-go from bars and restaurants permanently in Ohio has passed through both chambers of the Ohio legislature on Wednesday and is headed to Governor Mike DeWine's desk for signature.

Gov. DeWine's signature would officially make Ohio the second state in the country to make cocktails to-go a permanent measure intended for economic relief in the hospitality business amid the ongoing COVID-19 global pandemic.