The state said Abbigail Bugenske from Silverton is the first winner of the $1 million dollar prize and Joseph Costello in Englewood is the winner of the scholarship. 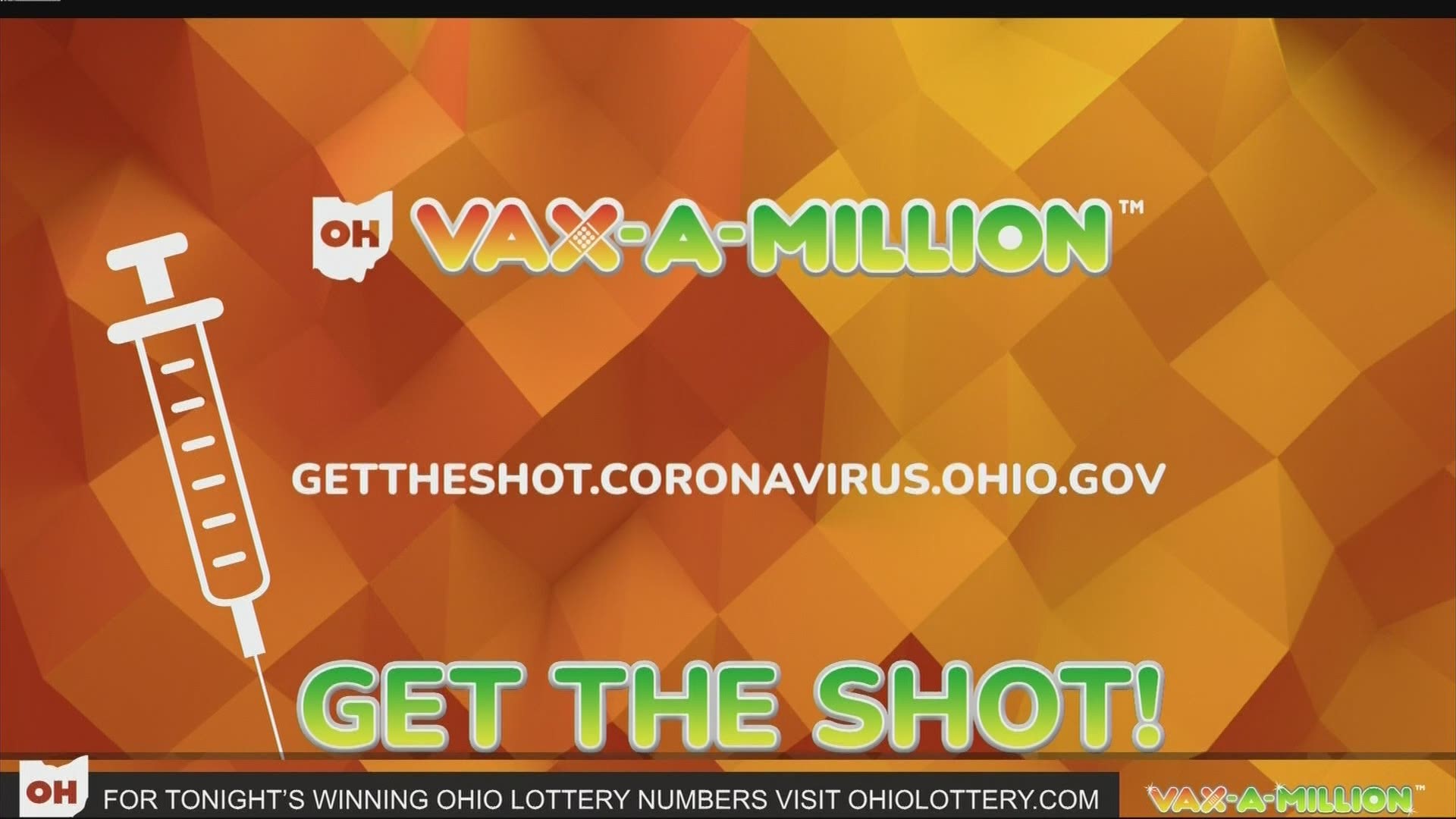 Two lucky Ohioans heard their names called out during a statewide broadcast Wednesday evening as the first two winners in the state's 'Vax-a-Million' lottery.

The state said Abbigail Bugenske from Silverton in Hamilton County is the first winner of the $1 million dollar prize and Joseph Costello from Englewood in Montgomery County is the winner of a four-year scholarship.

While Bugenske will be receiving $1 million, Costello will get a four-year scholarship to any Ohio state college, including room and board.

Congrats, Joseph! You just won a full-ride college scholarship! If you’re between 12 and 17 years-old and had at least one dose of the vaccine, you could be next! Sign up at https://t.co/ZmJ8iKoSlV! pic.twitter.com/StHlWewhW5

“We’re excited that this has inspired so many Ohioans to get vaccinated, and we’re thrilled to announce the winners of the first round of drawings," Gov. Mike DeWine said in a release.

Four more winners of the $1 million and a college scholarship will be announced each Wednesday for the next four weeks.

🎉 Congratulations to Abbigail and Joseph! 🎉

The next #OhioVaxAMillion drawing will take place one week from today. Vaccinated Ohioans who haven't yet entered to win can sign up at https://t.co/Svppf9uA8O pic.twitter.com/HjLnszY2ls

If you missed out on the first drawing, the state says you have until 11:59 p.m. on May 30 to enter the next round.

Once you enter, you are eligible for all the remaining drawings.

DeWine announced the lottery as an incentive for Ohioans to get the COVID-19 vaccine before health orders are lifted on June 2.