Well pad shut down after 7 workers injured in fire

None of the seven contract workers have life-threatening injuries. 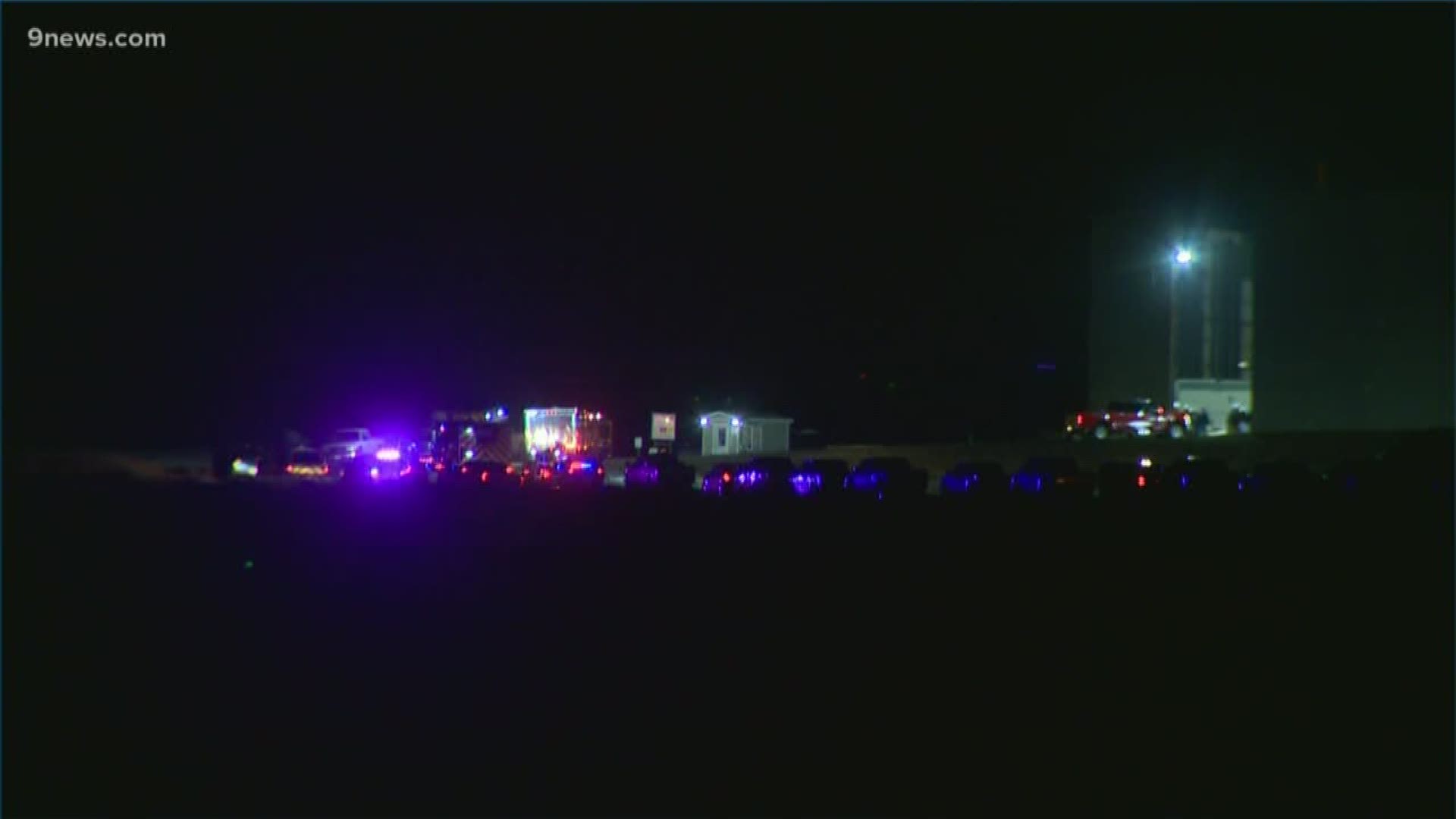 WELD COUNTY, Colo. — Seven contractor workers were injured in a fire at the Regnier Farms well pad in unincorporated Weld County late Monday night, according to a statement from Crestone Peak Resources, which operates the site.

Mountain View Fire responded to the site near Weld County Road 20 1/2 near E. County Line Road around 8:30 p.m., according to Chief David Beebe. That's about a mile and a half south of Highway 119 near Longmont.

At the time of the incident, Crestone Peak said contract workers from Swabbco Well Services and Ensign Energy Services were conducting an operational phase known as flowback. This is when "fluids used during the completions process flow from the well back to the surface," Crestone Peak explained in a statement Wednesday. "This is an important step that occurs to transition the well to production."

The on-site crew shut in the well immediately, evacuated the drilling platform and called for help. According to Crestone Peak, this was in line with safety protocols and helped contain the fire which was then extinguished "within minutes."

There's no indication at this time about what caused the fire.

Crestone Peak said the well pad will be shut down until the cause is determined and they're certain it's safe to resume work.

Crestone Peak Resources is a Denver-based independent energy company, that was formed in 2016, according to its website.