On the hunt for drones, people find more questions than answers

The FAA is investigating mysterious drones flying around parts of northeastern Colorado. 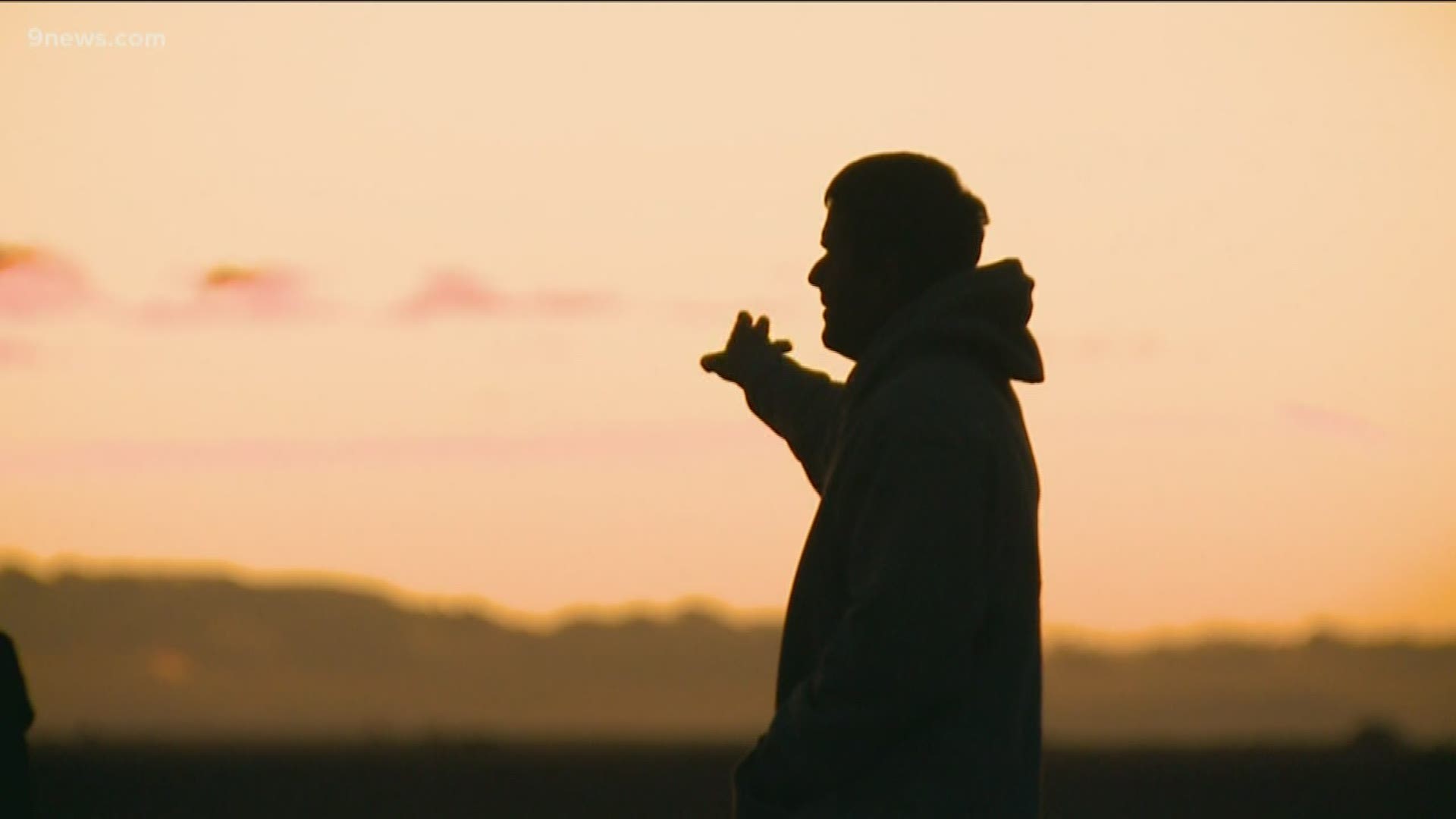 FORT MORGAN, Colo. — Hidden above the plains of northeastern Colorado, you can drive for hours and find more theories than facts.

It’s a mystery that’s captivated people far beyond Colorado. Government agencies across the country are investigating who is behind the drones flying across parts of the state. Still no answers.

The FAA has sent people to Colorado to try and get to the bottom of this. While they do their work, amateur drone chasers are popping up all across the area trying to solve the mystery themselves.

"Ok, so it’s military, it’s government, what is it? You have a lot of questions the first time you see it," said Trace Tomky, who lives near Fort Morgan and says he has spotted more than a dozen drones flying near his house. "It had red, green, blue, white lights on it. Very, very loud. Sounded like a lawnmower."

At the corner of a dirt road and a bend in the river you’ll find a skeptic turned believer, a supporter converted from a cynic.

"I view it as protection. They are doing something very important and it’s very secretive. Let them do it. I don’t have any fear at all because I know they’re not going to harm us," said Tomky. "They know what they’re doing, they’re not going to harm us, they’re out there for our benefit. They may not be able to tell us what’s going on because sometimes operations are executed in secrecy."

Tomky now spends his evenings looking towards the sky. When a drone first floated in the cover of darkness above his farm, he prepared to solve the mystery himself. Since then he says he's changed his mind about committing a federal crime. He supports the drones now, whatever the drones are doing.

"I told him I have the means to bring one down and he said no don’t shoot them. I said, no I’m not talking about shooting it," said Tomky. "We have bird nets that we could shoot at it and tangle one without damaging it."

As the sun sets, people all around town gaze up at the stars, wondering if they will spot a drone.

"You can tell it’s not a yard light because it’s too big and you can also tell it’s not a plane," said 9-year-old Addison Galvan, who went out looking for the drones with her mom Alyce O'Neill. "It sounds like a big car motor when it flies over your house."

The mother-daughter duo invested in night vision binoculars to try and see the drones. Still, no answers.

"Yup, we have become drone chasers," said O'Neill. "I don’t know what we hope to accomplish from it but it’s kind of cool seeing them."

Local sheriffs say they are meeting with the FAA next week to try and find out where these drones are coming from. For now, the mystery continues.