The father eagle has been protecting what might be the last remaining egg in the park nest from the female floater. 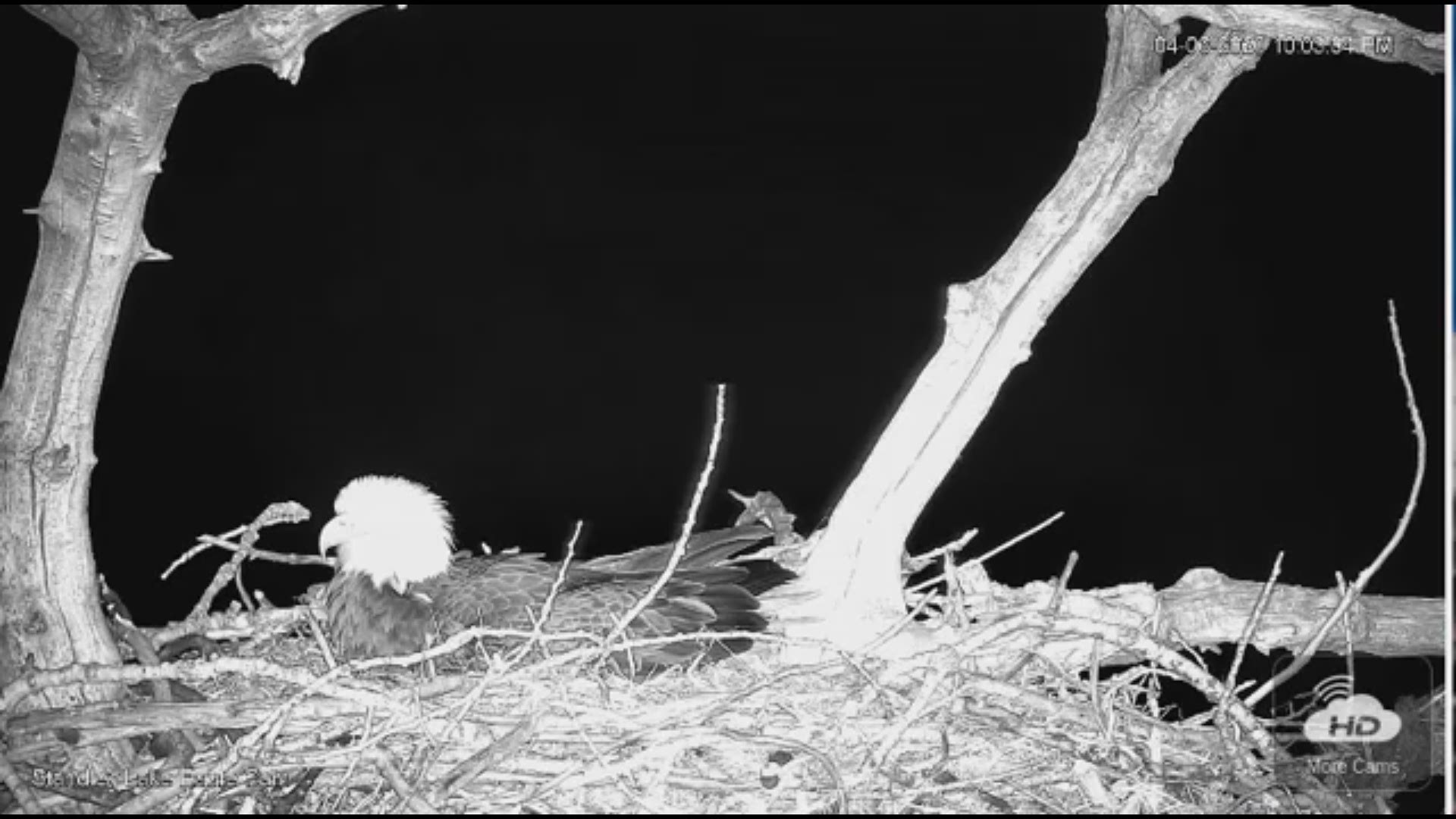 WESTMINSTER, Colo. — It was a tragic and uncertain series of days for the eagles at the nest near Standley Lake.

The nest has been live streamed for years, and the Standley Lake Regional Park consistently provides updates about the eagle family.

This year’s saga took a turn on April 6, when the “mom and dad” Standley Lake bald eagles were attacked by a mystery third eagle. Since then, mom has not returned to the nest, and dad has been incubating the babies himself.

This third eagle is being referred to by Standley Lake Park as the “floater.” She is believed to be a female who, according to a lengthy Q&A from the park, “is risking her life so she can have territory and reproduce.”

For what it’s worth, she’s significantly larger than mom and dad – and was caught on camera attacking the nest.

Like we said: mom hasn’t been seen since the nest attack. According to Colorado Parks and Wildlife (CPW), it’s common for eagles to nurse themselves to health on their own, and not return to their nest for a while.

Park staff looked for mom right after she first disappeared, but the Facebook post said she was not found. If she was on the ground, she would have been taken to a wildlife rehabilitation center.

The floater eagle, meanwhile, has been hanging around a lot.

Now, it’s worth mentioning that there were two viable eggs in the eagle’s nest. One of them hatched on April 12, but is believed to have passed away.

“This could be due to cold temperatures yesterday and the fact that dad was off the nest for roughly two hours because of a third eagle in the area,” Standley Lake Regional Park wrote on Facebook. “We are not sure at this time if the third eagle was mom, but there are reports of two eagles fighting under the nest while one watched from a low branch …”

So, there’s one eaglet that could still be alive. Begging the question: what about mom? Standley Lake’s Q&A said dad could raise the baby alone, but “it is not an easy plight and not something that happens often.”

One thing that could happen?

“In rare situations, father bald eagles will accept the floater as a mate so they can successfully raise the eaglets together,” the Facebook post read. “The Standley dad seems very resistant to that scenario as he has continued to drive the floater away.”

At this point, the park said it won’t intervene. Partially because the floater may have lost her own nest due to humans, and also because CPW told the park to “let nature run its course until there is a change in events.”

“If you think of the situation the floater is in, she is risking her life for the sake of a mate and territory,” the Facebook post from Standley Lake read. “She hasn't been able to find suitable territory and needs it for survival and reproduction. We run the risk of putting dad in that situation since he may abandon the nest permanently. Our response to this situation hasn't been determined by park staff only. There are many professionals being consulted and at this point we just can't enter the nest site. We are continuing to evaluate the situation and check in with professionals on a daily basis.”

One thing that needs to be abundantly clear is that members of the public should not check on the eagles under any circumstance because it could put them in danger. .