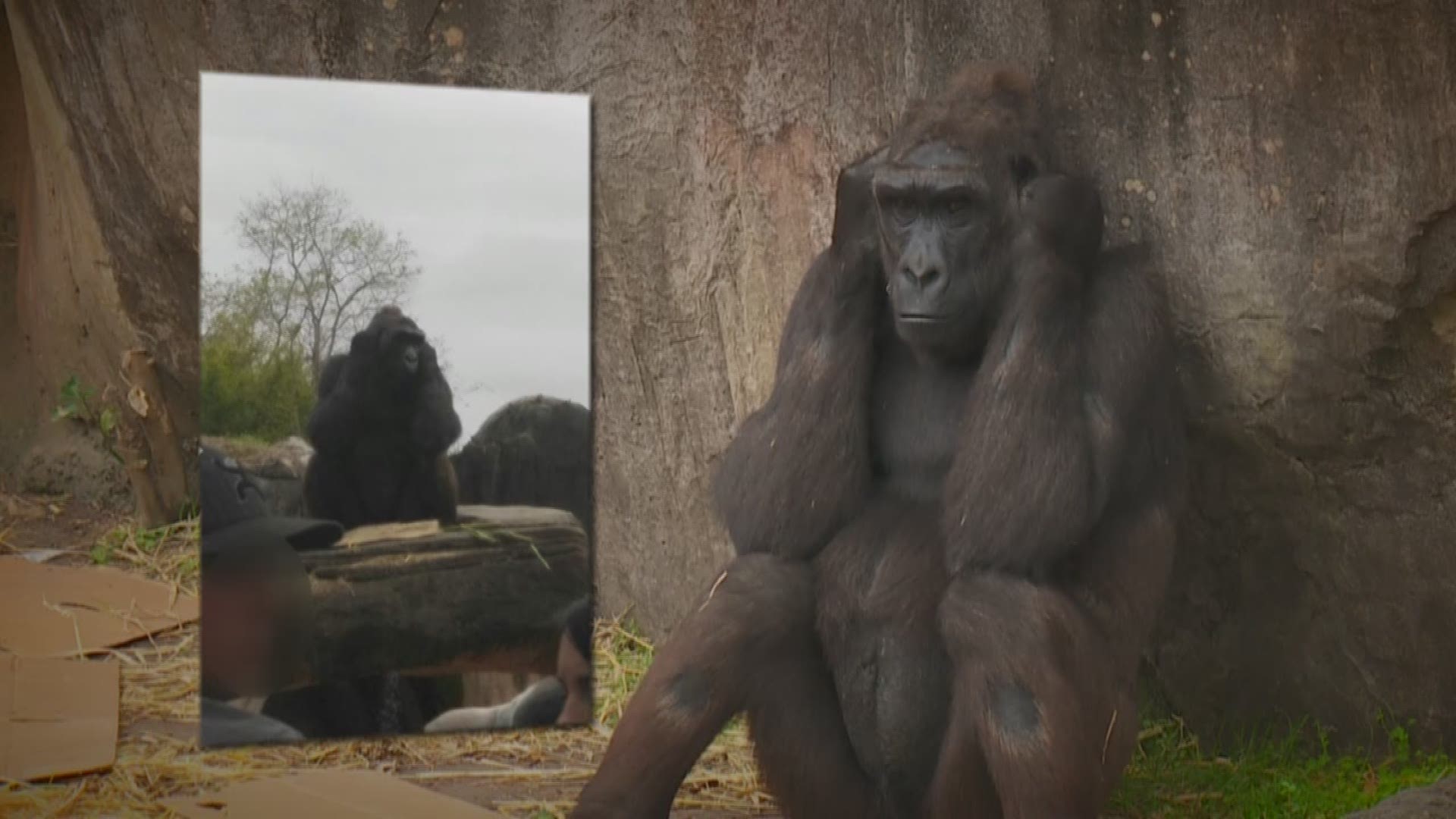 NEW ORLEANS - Officials at the Audubon Zoo are investigating a freak incident involving a gorilla over the weekend.

The animal reportedly launched an object into a crowd of spectators, hitting and injuring a pregnant woman, sending her to the hospital.

There are three gorillas at the zoo, a male and two females. Sylvia Cressy said "Praline," the larger of the two females, threw a block of wood at her during the zoo's Soul Festival, Sunday afternoon.

"Everybody started scattering, like running, so I tried to cover my face, then as I was turning around, the thing just hit my head," Cressy said. "The stick, the wood put a lump on my head."

"When it hit me, I kind of blanked out," Cressy said. "It really took the wind out of me and I fell on my belly. As I regained consciousness, I was just worried about my baby."

Audubon Zoo officials explained the block of wood was full of honey and other treats for the gorillas.

The so-called "enrichment tool" is meant to help the animals explore their environment and their exhibit.

"Our animals play with our enrichment activities and they don't intend to throw anything at anyone, Chimene Grant, the zoo's VP of Marketing said. "This was most unfortunate."

Cressy spent six hours in two different hospitals with doctors checking both her and her baby's conditions. She says she's not happy with the level of attention she received at the zoo.

"They did a report, they did my vitals, they didn't offer to take me to the hospital or anything, they just told me where the nearest hospital was," Cressy said.

Zoo officials claim they did offer to call an ambulance but got no response from Cressy's family.

"Our first responders attended to Ms. Cressy immediately and cared for her because the safety of our guests and our employees is of utmost concern," Grant said.

Grant added the zoo is working with Cressy to make sure she gets the medical care she needs.

"We are examining everything that happened," Grant said. "We're speaking with guests, with staff, with volunteers and we will address any concerns."

Cressy's family members stand by their original statement, the zoo did not offer to call an ambulance. She is now recovering from her injuries.

"I'm still kind of shaken up," Cressy said. "I'm still experiencing pain in the back of my neck, where the lump is."

The zoo confirmed a block of wood, like the one thrown at the woman, was not back in the gorilla's enclosure on Monday.