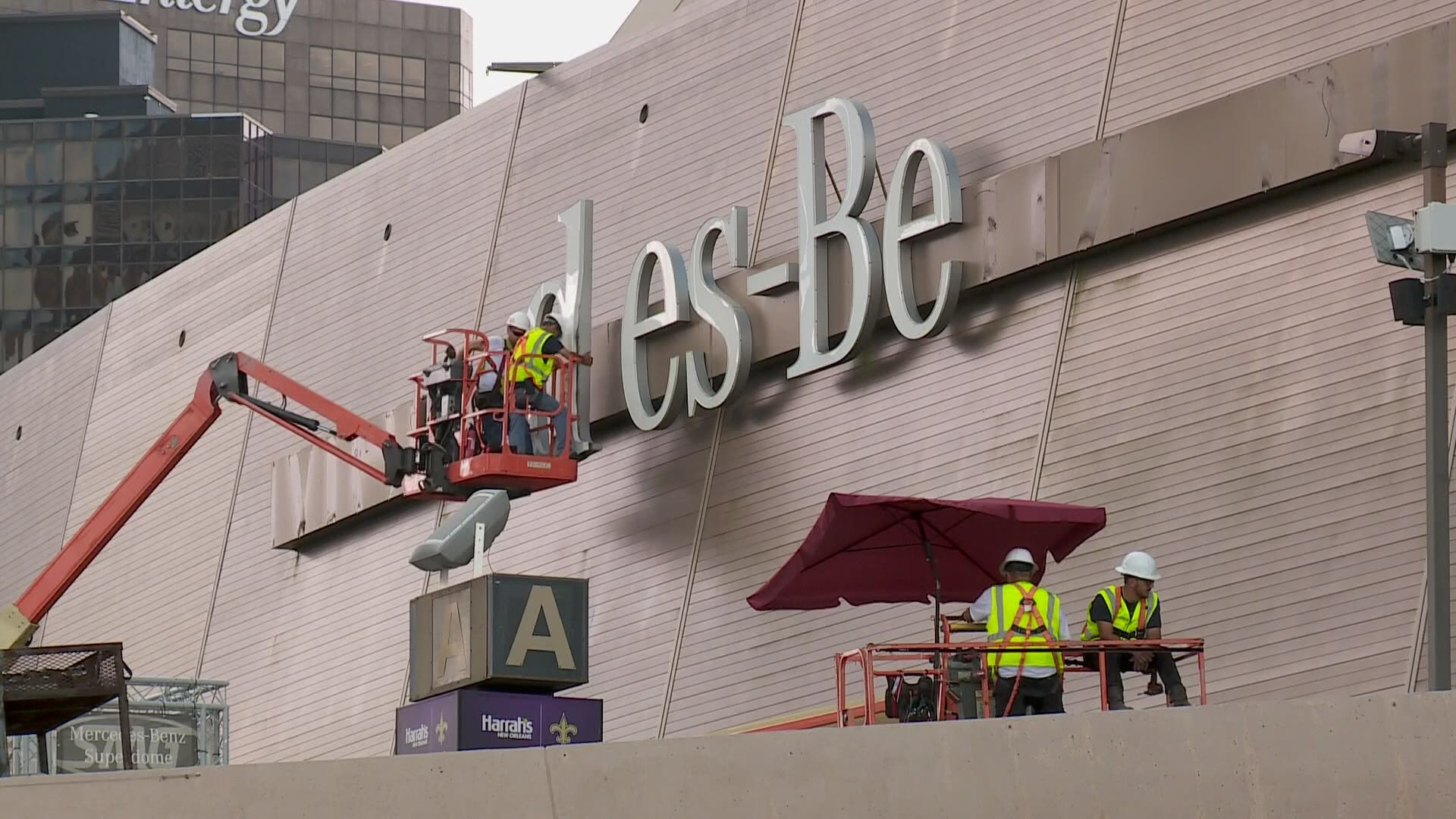 The German automaker’s 10-year naming rights deal at the Dome has ended.

“I hope the Saints can come up with something creative and unique and they generally do a pretty good job with that sort of stuff,” Bradley Love said.

Baker added he didn’t have any strong feelings either way about the Dome losing the Benz logo, “It’s not putting anything in my pocket.”

But it could mean big bucks for the Saints.

John Healey, an assistant professor in Tulane’s marketing department says the going rate to sponsor an NFL stadium has increased about four-fold since then.

“Allegiant Airlines sponsored the new stadium in Las Vegas that the Raiders moved to,” Healey said. “I think that was just slightly over $20 million a year.”

While the state of Louisiana owns the stadium, the Saints get to keep the sponsorship money as part of an incentive package to keep the team in New Orleans long term.

The Mercedes-Benz sign is being removed from the Superdome. The German automaker’s naming rights contract expired today. The Saints are expected to announce a new dome sponsor before the start of the upcoming football season. 📸Danny Monteverde ⁦@WWLTV⁩ pic.twitter.com/ij7kWDubIF

There are published reports that the Saints are close to completing a multi-year deal with Caesars Entertainment, Inc., the parent company of Harrah’s Casino.

Healy says that would make sense, given Caesars’ footprint in Louisiana and the Gulf Coast and the rise in legalized sports betting across the country.

“It makes the brand seem maybe a little bit more prestigious, maybe a little more mainstream, if you will,” Healey said. “I think there is the potential for real value from Caesars’ perspective.”

The Saints would not say who the next sponsor will be, but the team hopes to have a new one in place by the start of the upcoming football season.

Saints VP Greg Bensel said, “We continue to work towards securing a naming rights partner to replace Mercedes-Benz and once we have something official, we will certainly confirm that with you.”

Bensel added, “They have been an excellent global partner not only for the Superdome and the New Orleans Saints but also for the city of New Orleans and state of Louisiana for the last ten years.”

As for Mercedes-Benz, the carmaker purchased a 27-year sponsorship for the new stadium in Atlanta.

Stayed tuned to wwltv.com and WWL-TV for updates on this story.