Overworked and underpaid: Colorado educator shortage exacerbated during the pandemic

One Colorado teacher said she left the profession in order to preserve the love she still had for it. "I know that teaching is what I’m meant to do in my life." 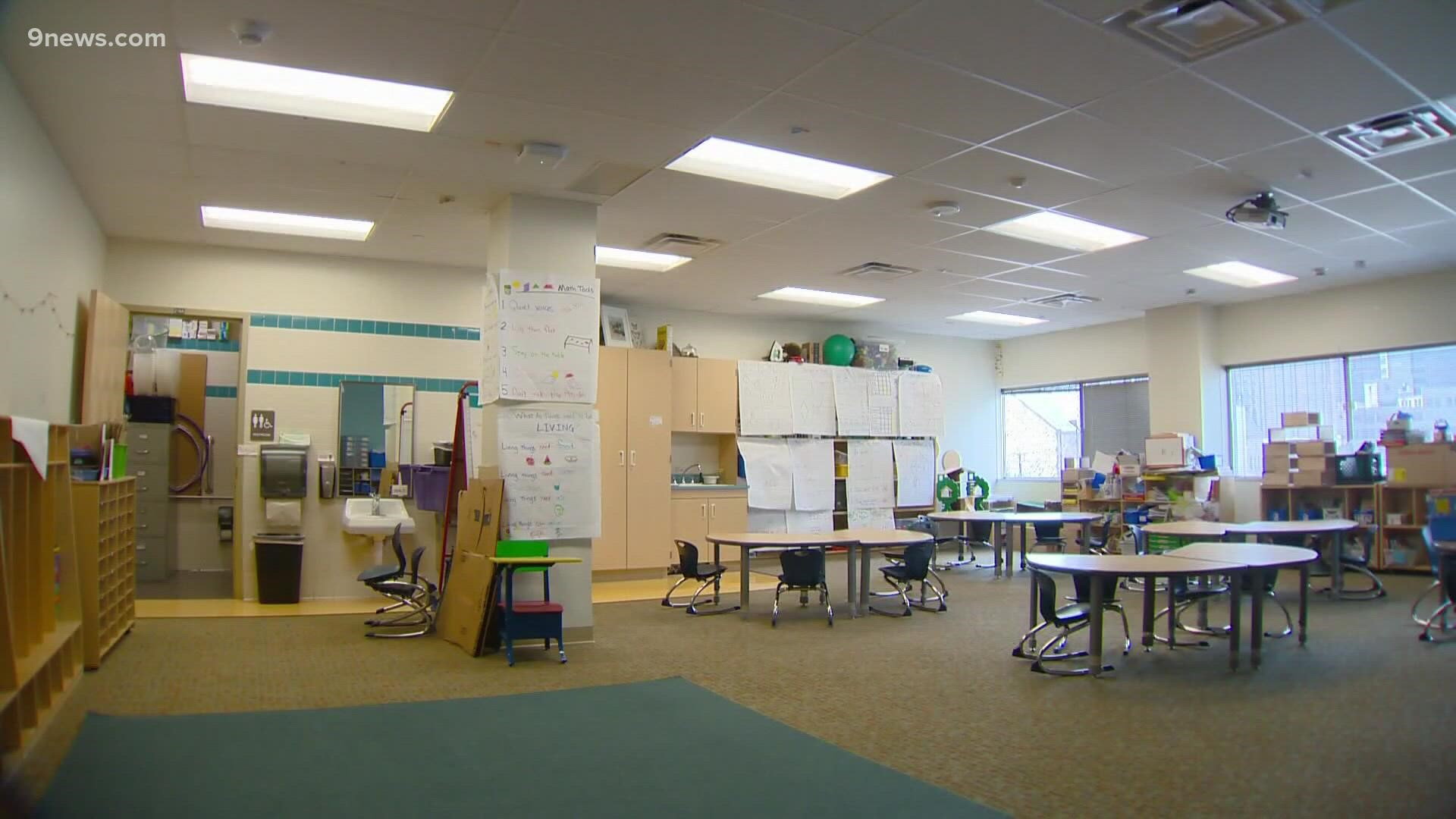 COLORADO, USA — Leaving a job she loved, while she still loved it wasn't an easy decision for Kaci Cole to make.

She said the decision happened gradually over the last three years. The Colorado teacher had been in the classroom for eight years. Before that, she was a tutor in high school, studied to be a teacher in college and never looked back.

"I became a teacher just because of my passion," she said. "I never expected myself to be here today where I’m not teaching right now."

>Video above is from a 9NEWS story on staffing shortages in Colorado's public schools.

Cole said her passion for teaching has not gone away. In fact, her decision to take a break after the 2020-2021 school year was partially due to the fact that she still loved the profession.

"I needed to protect my heart so that I could come back at some point because I know I’m not done," she said.

The physical and mental toll of the COVID-19 pandemic on educators also played a role in Cole's decision.

"Had that all not happened the last year with COVID, I might be able to continue on," she said. "I think I was done, I think I needed a break."

Before coming to the decision to leave the profession, Cole transitioned into a K5 Interventionist, where she was out of the classroom, but still supported small groups of students.

RELATED: Denver educators reflect on past year; teaching during COVID-19

After a while, Cole realized her concern would not go away with a change of scenery or even an entirely new environment; she worked at two different districts while contemplating whether she wanted to stay in the profession.

Cole pointed to an overwhelming workload and not enough flexibility for teaching methods as two of the main reasons for wanting to take a break from the profession.

After raising these concerns several times over the years, Cole said she felt like "I kept beating my head against the wall, nothing was changing."

She said she needed to genuinely hear that administrators and those in higher level positions trusted their teachers and offered curriculums as a guide, instead of instructions on how to teach.

"When an administrator tells you I should see the same lesson being taught in your classroom as well as your teammates’ classroom and that teammates classrooms, it should be the exact same and I’m like well that’s not teaching, that’s reading from a script," Cole said. "I spend more time figuring out how to teach this lesson more appropriately to the students that I have."

RELATED: 'There is no history without Black history': Denver school pushes for more inclusive curriculum

President of the Colorado Education Association (CEA) Amie Baca-Oehlert said they have seen plenty of schools and systems go toward what they call "scripted teaching."

"That becomes very challenging especially when you are trying to meet the various needs of all of your students," said Baca-Oehlert. "Students don’t enter into the classroom on the same page every single day, when you are trying to have fidelity to what it is that you’re teaching as well as meeting those student needs, that causes a lot of stress and pressure on our teachers."

"It’s definitely a question we ask commonly because even pre-pandemic, we were dealing with an extensive teacher shortage and I would say educator shortage because it’s not just teachers, it’s bus drivers, food service workers, all those necessary positions to serve our students," Baca-Oehlert said.

Most teachers in the survey pointed to health and safety concerns, unmanageable workloads and low pay.

"We certainly need to address the chronic underfunding of our schools," Baca-Oehlert said. "That is a systemic problem that has plagued our schools for many years, but we also need to listen to our educators. Many want their voice to matter, they want to be included in discussions and decision making."

"I’m not angry at anybody," Cole said. "I just recognize in myself that education is a fight and it’s going, but we need to think about what's best for the students."