El Paso County officials want to limit people from making their own trails among the rock formations. 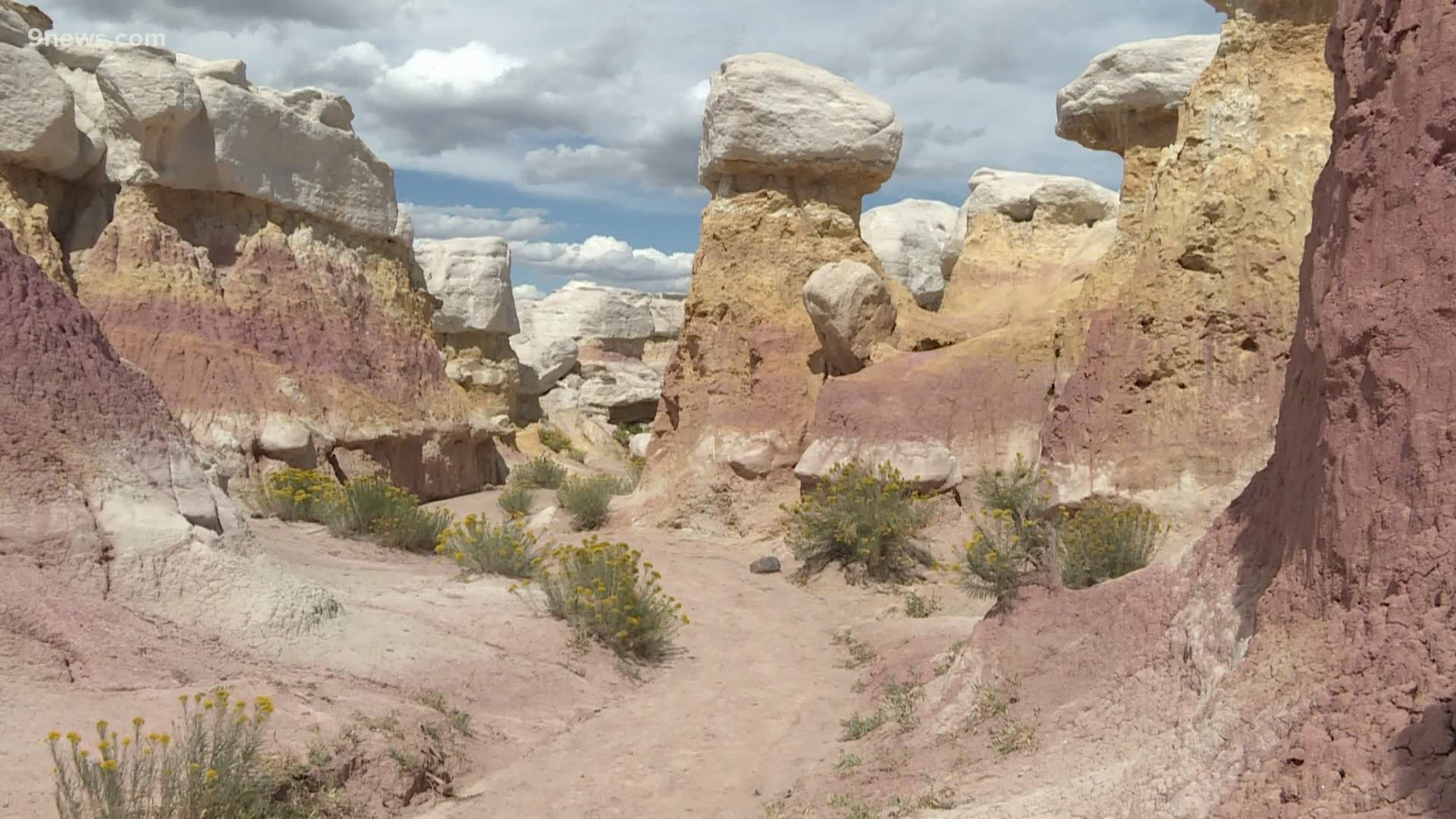 "There has been damage caused by increased use," Greg Stachon, a landscape architect for El Paso County said. "More people go out there and not everyone follows the rules."

Climbing on the iconic formations is prohibited. Staying on the designated trail is also important since the rock fixtures are fragile. El Paso County explained as more people visit the Paint Mines, the visitors have created their own trails among the rocks.

"When you get into the formations it's really hard to tell where the official trail stops and rock formations start," Stachon said.

The county plans to add improvements to get people back on the legitimate trail. Crews will build fencing at certain locations to delineate the official trail from the visitor-made ones. The county calls the trails made by foot traffic 'social trails.' Fences will be added to slopes that are too steep for people to walk on as well.

County officials made clear the fencing will not be around all of the rock formations. They explained it's not meant to keep people out, but to preserve the park and encourage public safety.

"I've seen families with kids on their backs trying to navigate down a steep social trail and I shake my head," Stachon said. "Because we would never design a trail over a 10% slope, let alone the 30% slope on that trail."

The project includes new signage along the trail explaining what's acceptable behavior in the park. The only signs already in place that inform people to stay off the rocks are in the parking lot.

Other improvements will focus on the tremendous uptick in visitors in recent years. County officials said crews will resurface the official trail since much of the surfacing is worn off. They will also expand the parking area by about 25 new spots.

"We want to protect this park," Stachon said. "We're glad people are visiting and getting outside. We want the formations to be here a 100 or a thousand years from now."

The improvements are expected to be done by April 2021. Some parts of the Paint Mines trail will be closed during construction.

While the Paint Mines are one of Colorado's most beautiful sights, they also have cultural significance.

The first evidence of human life at the Paint Mines was 9,000 years ago. Multiple Native American peoples have lived in the area. Artifacts have been found representing the Apishapa culture, Cody complex and Duncan complex, according to the Visit Colorado Springs website.

The Paint Mines are designated by the National Parks Service and the park is protected land.