These cases include gunshot wounds and stabbings. It comes as cities across the country, including Denver, battle an uptick in crime. 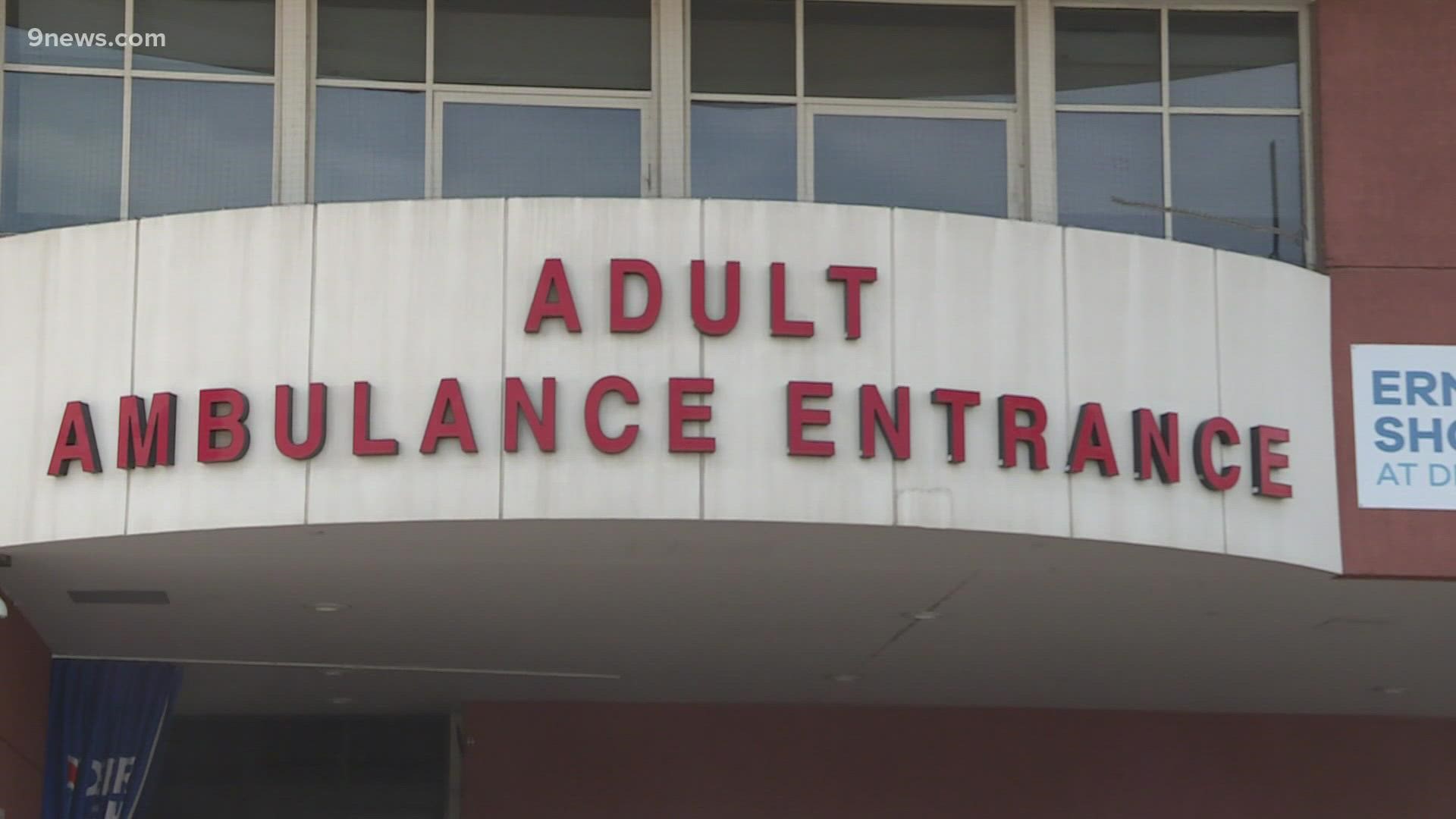 DENVER — During the pandemic, Denver Health has seen an increase in the number of violent trauma patients coming into the emergency department. These cases include gunshot wounds and stabbings.

It comes as cities nationwide, including Denver, battle an increase in crime.

Dr. Morgan Eutermoser is used to seeing people on their worst day as an ER doctor at Denver Health. A shooting involving several kids this year though is tough for her to forget.

“They all came in by different modes of transport,” she said. “Some were by ambulance, some were by police, some by private.”

She said it took a toll on all of the staff to see so many young people come in with gunshot wounds.

“Some parents coming in the door with their kids, holding their kids right? So, that is an image that I won’t get out of my brain,” she said.

RELATED: In 2020, Denver saw its highest number of homicides in 3 decades. The city is on pace to have even more in 2021

More patients like this are coming into her hospital than normal. In 2019, Denver Health said penetrating trauma cases, like gunshot wounds and stabbings, made up about 15% of all trauma. It jumped to almost 25% in 2020.

Non-accidental trauma, such as child and elder abuse, increased 267%  in 2020 compared to 2019, according to Denver Health. Domestic violence increased nearly 80%.

“We have seen tragic cases that have come through the hospital that really do affect everybody,” said Dr. Ryan Lawless, Trauma Medical Director at Denver Health. “From the person who registers them into the system to the person who has to take them out of the operating room when they have died on the table.”

Lawless believes the pandemic is playing a role in the increase in violent trauma cases. He said numbers started climbing last spring and they haven’t seen the numbers drop back to normal levels like they thought they would.

RELATED: "Everybody is running on empty" Inside Intensive Care Units, battling yet another wave of the virus

“Maybe the initial increase was because there was some restrictions and a little bit of being cooped up in the house,” he said. “It is hard to put a finger on what it is now.”