According to police, 21-year-old Annika Williams was turning left off Sheridan Boulevard when her vehicle was hit by one of the people suspected of street racing. 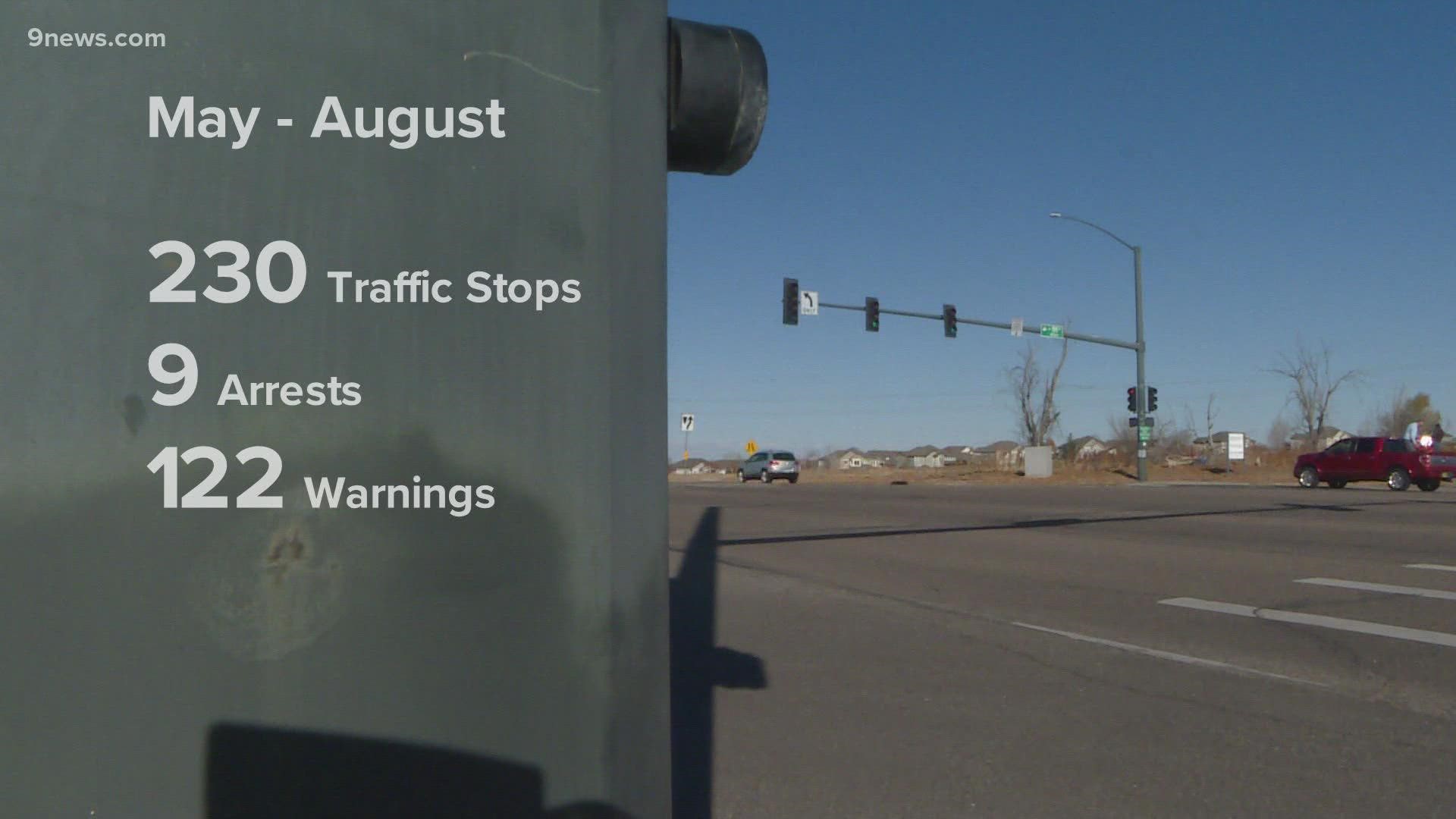 WESTMINSTER, Colo. — Heather and Rodney Williams stood in front of a funeral home in Centennial on Wednesday to share a few messages: no parent should have to plan their child's funeral, and street racing needs more enforcement.

“No family should have to go through this for a senseless act," Heather said.

Their daughter, 21-year-old Annika Williams, died along with her dog in a crash on Nov. 14. She was turning left onto West 105th Avenue off Sheridan Boulevard in Westminster, according to police.

According to a Westminster Police Department (WDP) affidavit, the two suspects in that crash were street racing for almost two miles down Sheridan Boulevard the opposite way of Annika.

One of those suspects crashed into her, and both were arrested on suspicion of vehicular homicide -- reckless driving.

RELATED: Street-racing suspects describe fatal crash and what led to it, according to affidavit

“We need to stop this. We need to enforce this," Heather said.

On Wednesday, Heather and Rodney shared how they want the community to remember Annika.

“She was brilliant, she was beautiful, she had a heart of gold. She was set to graduate from CU Boulder this May, and that’s not gonna happen," Heather said.

They said she was applying to graduate school to become a physical therapist.

Heather and Rodney hope their daughter's story sparks change in how street racing is enforced and prosecuted.

“And people need to understand there are penalties, and if you do this street racing, somebody could die and you’re going to go to jail," Heather said.

They add they'll do what they can to raise awareness for the issue of street racing.

“We need stricter penalties. We need something beyond a citation, because that doesn’t stop it," Heather said. "Somebody died and it was our daughter.”

According to Westminster Police, they partnered with other agencies throughout Colorado in an effort to combat street racing. Their dispatch received 213 calls for street racing between Jan. 1 and Nov. 15.

Between April and August, that task force made over 1,000 contacts and issued 829 summonses.

Westminster officers also participated in the North Metro Speed Enforcement Group. Between May and August this group reported the following statistics:

"Members from our department have met with car club organizers to work with them to help them understand the negative impacts of street racing," a release from the Westminster Police Department said. "We understand the frustration this illegal activity causes and the extreme danger it poses, and we will continue to work hard on this problem."

Annika's parents continue to hope lawmakers hear of the story, to enact change in cracking down on street racing.

“We can’t go back and undo it, but we can do our best to make sure this doesn’t happen to another family," Heather said. "It's not just bringing about change with the legislature. It's about bringing awareness to these people that did this street racing."