Stacy Avila has a way with people; her training officer knew it right away years ago. 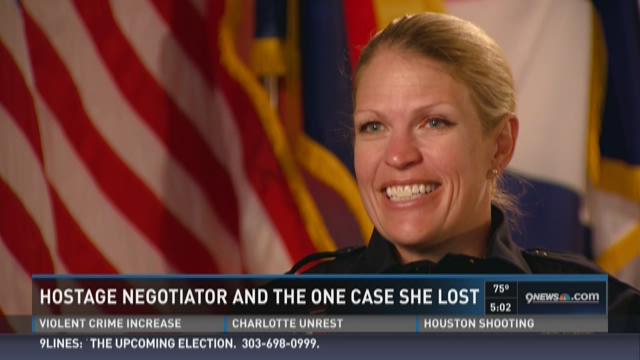 Stacy Avila has a way with people; her training officer knew it right away years ago.

It’s the way that she talks, finds just the right thing to say, those are the qualities that make her a good hostage negotiator. Avila, an officer with the Arvada Police Department, has been successful in every case she’s negotiated, but one – the Platte Canyon Shooting in Sept. 27, 2006.

“That will always stay with me because it is the one time I was not able to do what I had set out to do,” Avila said.

Ten years ago Tuesday, a lone gunman walked into the Platte Canyon High School, took several girls hostage, threatened to blow up the building and eventually released all but two young women. Emily Keyes, 16, was one of them.

“The majority of people that we deal with are people that have made bad decisions, a series of bad choices, then there is evil,” Avila said.

She tried to negotiate with the hostage taker, but he wouldn’t talk.

“She was so strong and to be 16 years old and to show the strength and tenacity that she did, it's been a guide for me too, if someone can do that in that situation, I have no excuse,” Avila said.

“There is a thing that John-Michael Keyes says a lot, you can’t choose your tragedy, but you can choose your response to it,” Avila said.

John-Michael Keyes and his wife Ellen embraced the first responders who tried to save their daughter. In some instances they’ve become friends. Like they have with Avila.

Avila now travels the country with Keyes, who made school security his life's work.

“I was one of the last people to speak with her, I’ll always have that,” Avila said. “We can’t choose what happened, we can choose how we think about it and how we respond to it. To know that the last person to speak with her was a kind voice and a caring voice and a peaceful voice gives me some solace, that she wasn’t alone. I hope that she knew that. There were a lot of people that were there for her. And trying to save her.”