The notices of claim allege the school and district ignored warning signs and did not provide adequate safety for students ahead of the shooting. 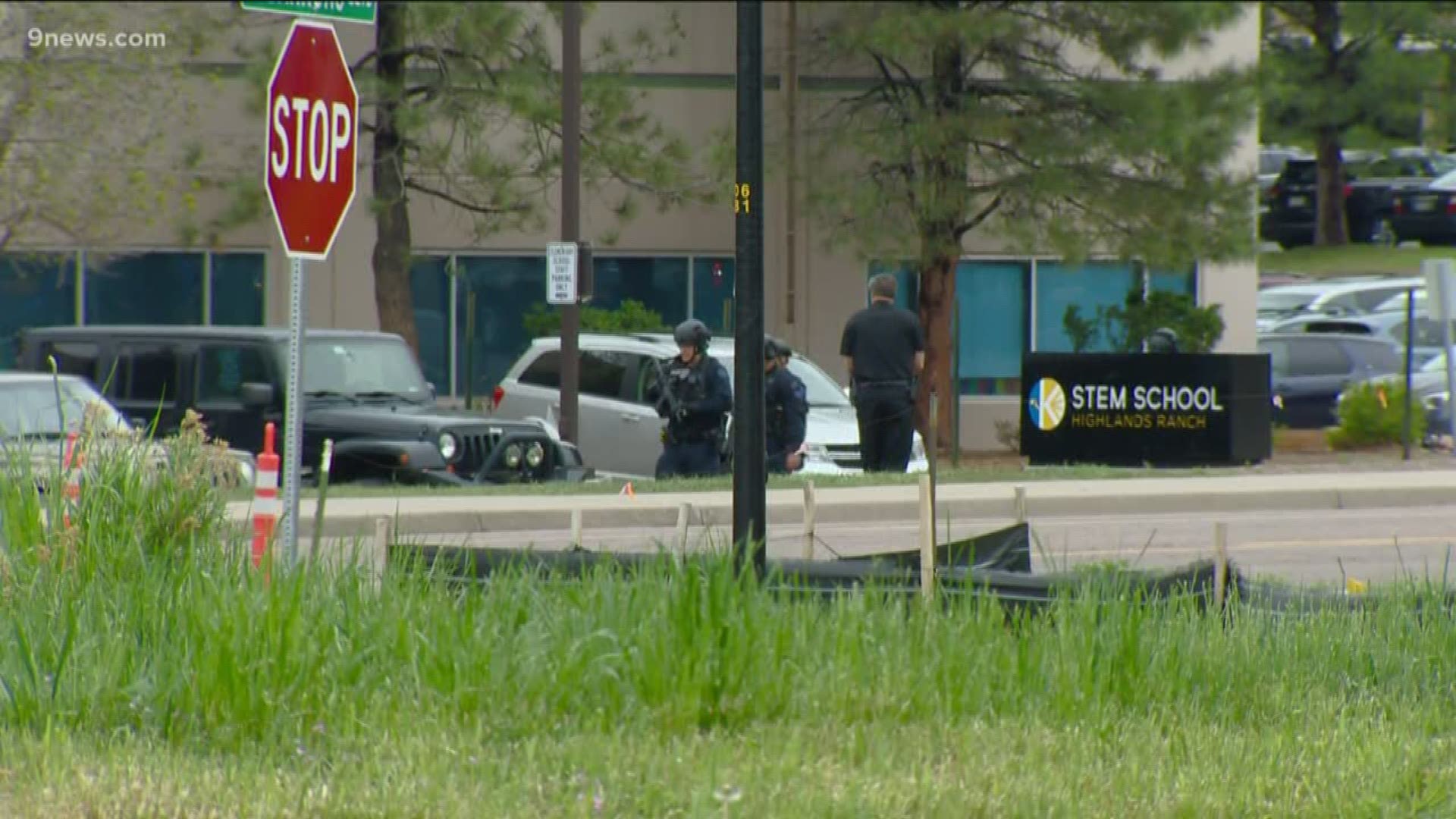 HIGHLANDS RANCH, Colo. — At least four families, including the parents of the student killed in a shooting at STEM School Highlands Ranch, have filed notices of claim against both the school and district that says they did not do enough to stop that shooting.

The May 7, 2019 shooting ended in the death of 18-year-old Kendrick Castillo, who is lauded as a hero for joining other classmates to rush one of the two gunmen. Eight others were also shot.

All of the claims generally allege that "STEM School Highlands Ranch and the Douglas County School District failed to exercise reasonable care to protect Kendrick Castillo and all students, faculty and staff from harm."

The notices claim that before the shooting:

STEM School Highlands Ranch denied these allegations in a statement:

"STEM School Highlands Ranch disagrees with the claims related to the May 7, 2019 shooting, but cannot comment on what are active and ongoing claims.”

Each of the other claims also requests the maximum amount of monetary damages allowed by law.

One of those was filed on behalf of Brendan Bialy, who was credited with helping Castillo take down the shooter.

It alleges that Bialy is continuing to receive treatment for trauma, PTSD and grief due to his involvement in the shooting and that the conditions "directly and proximately resulted in Brendan Bialy having to file for a separation from the US Marine Corp."

In Colorado, anyone claiming to have suffered damages caused by a public entity must provide written notice to that public entity. That individual can then file a lawsuit 90 days after the notice of claim or if the entity denies the claim.

Dan Caplis, the attorney for Castillo's family, provided the following statement on their behalf:

"Mr. and Mrs. Castillo are determined to do everything in their power to prevent Colorado students and teachers from being shot to death in their school. That includes using the legal process to reveal the full truth about what led up to the attack that took the life of their heroic son Kendrick."

Legislation to allow lawsuits against Colorado schools when there are shootings or other violence was enacted in 2015.

The measure is named for Claire Davis, who was killed at Arapahoe High School in 2013. She was shot by a fellow student who then killed himself.

Under the Claire Davis School Safety Act, lawsuits are limited to $350,000 per victim or $900,000 per incident when there are serious injuries or deaths from violence and the school is accused of negligence.