A lawsuit claims the defendants "acted with an objective to accomplish a nuisance” by agreeing to bring the campsite to Park Hill United Methodist. 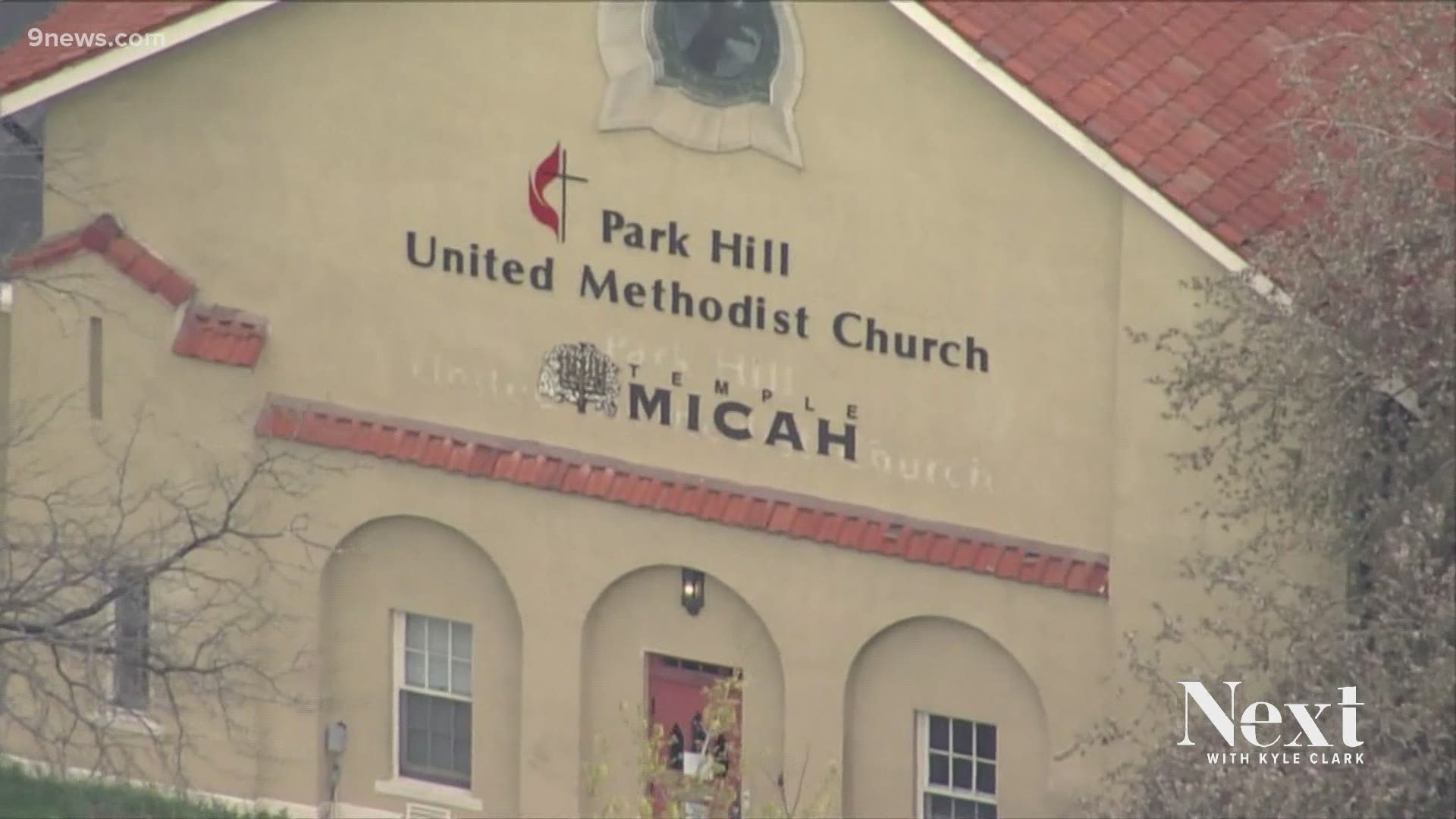 DENVER — A group living in Denver’s Park Hill neighborhood wants a restraining order to stop a sanctioned campsite, designed for people experiencing homelessness, from being established at a local church.

A lawsuit filed Friday claims Park Hill United Methodist Church, Pastor Nathan Adams and the nonprofit Colorado Village Collaborative “acted with an objective to accomplish a nuisance” by agreeing to bring the camp to the site at 5209 Montview Blvd.

The Colorado Village Collaborative runs other “Safe Outdoor Spaces,” as the city calls them, located at Denver Community Church on Pearl Street and First Baptist Church on Grant Street. According to the city, the site at Denver Community Church’s Uptown campus at 1595 Pearl St. would close and move to the Park Hill church next month. The Grant Street site is scheduled to move to Regis University.

From the beginning, the plan was for the sites to operate for about six months.

The City and County of Denver, also named in the lawsuit, approved the use of temporary managed campsites last year as an emergency measure during the COVID-19 pandemic. They are designed to include security, bathroom facilities, food and places to store belongings. Colorado Village Collaborative is one of the nonprofits running these campsites in Denver.

Their complaint suggests the site poses a risk of immediate danger to children who attend the preschool, camp or daycare at the church, or children who live and go to school in the area. These neighbors also express concern about traffic congestion if the church’s parking lot is taken over by Colorado Village Collaborative.

The lawsuit also expresses concern that neighbors did not have a chance to discuss the proposal in a public forum, though Colorado Village Collaborative planned on three community information Zoom meetings, two of which are still to come.

"When given the option, time and again, some groups of powerful individuals seek to choose their neighbors along lines such as class, race, religion, sexual orientation, and other forms of oppression," Cole Chandler, executive director of Colorado Village Collaborative, said in a statement.

"When the arc of justice has prevailed in these historic examples a clear and simple truth has been revealed: no one gets to choose who lives next door."

CVC Statement on Park Hill Lawsuit. Not backing down. The work to expand these services into every community continues. No neighborhood is unfit for our unhoused neighbors to call home. #GoodTrouble pic.twitter.com/U9amMNHkMg

Chandler added that the group feels undeterred by the lawsuit.

"We understand the concerns, fears and questions raised by residents and will continue to partner with the CVC to address them," Theresa Marchetta, a spokesperson for the mayor's office, said in a statement on behalf of the City Attorney's Office. "We stand proudly with the CVC – it will take a whole-of-city approach to deliver safer, healthier and more dignified options to our unhoused neighbors than living out on the streets."

The Colorado Village Collaborative has previously said the Park Hill site will include 45 individualized shelters with the capacity to serve 50 people including singles, couples, pets, LGBTQ+ people and people with disabilities.

The remaining community Zoom meetings are scheduled for Thursday, May 13, at 7 p.m. and Saturday, May 15, at 10 am.

The full complaint can be read here.