Officers in Parker are bringing back the tradition of patrolling on horseback in an effort to serve the community in a more dynamic way. 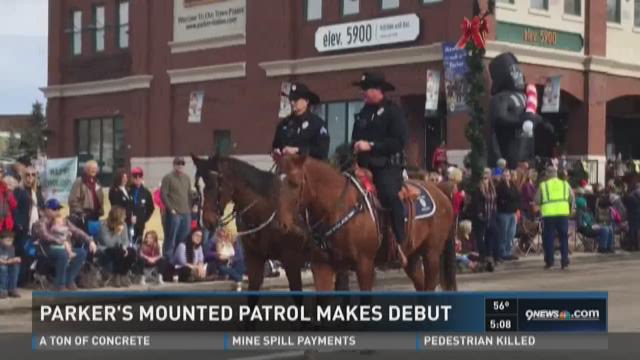 Two horses, Alaska and Bobby Sue led the parade, and then it was off to Main Street for patrols.

The Parker Police Department announced the addition of mounted patrols to their police services Tuesday morning on Facebook.

“These ten foot officers can build a good reputation with the public, provide excellent customer service, and serve the citizens in ways others can’t,” the post reads.

The mounted patrol units will be used in everything from parades and crowd control to crime prevention and assisting with searches of lost persons.

“The ability to strengthen the outstanding partnership the Parker Police Department has with our community is priceless. Parker has always been horse country and it is part of our heritage," the post says.