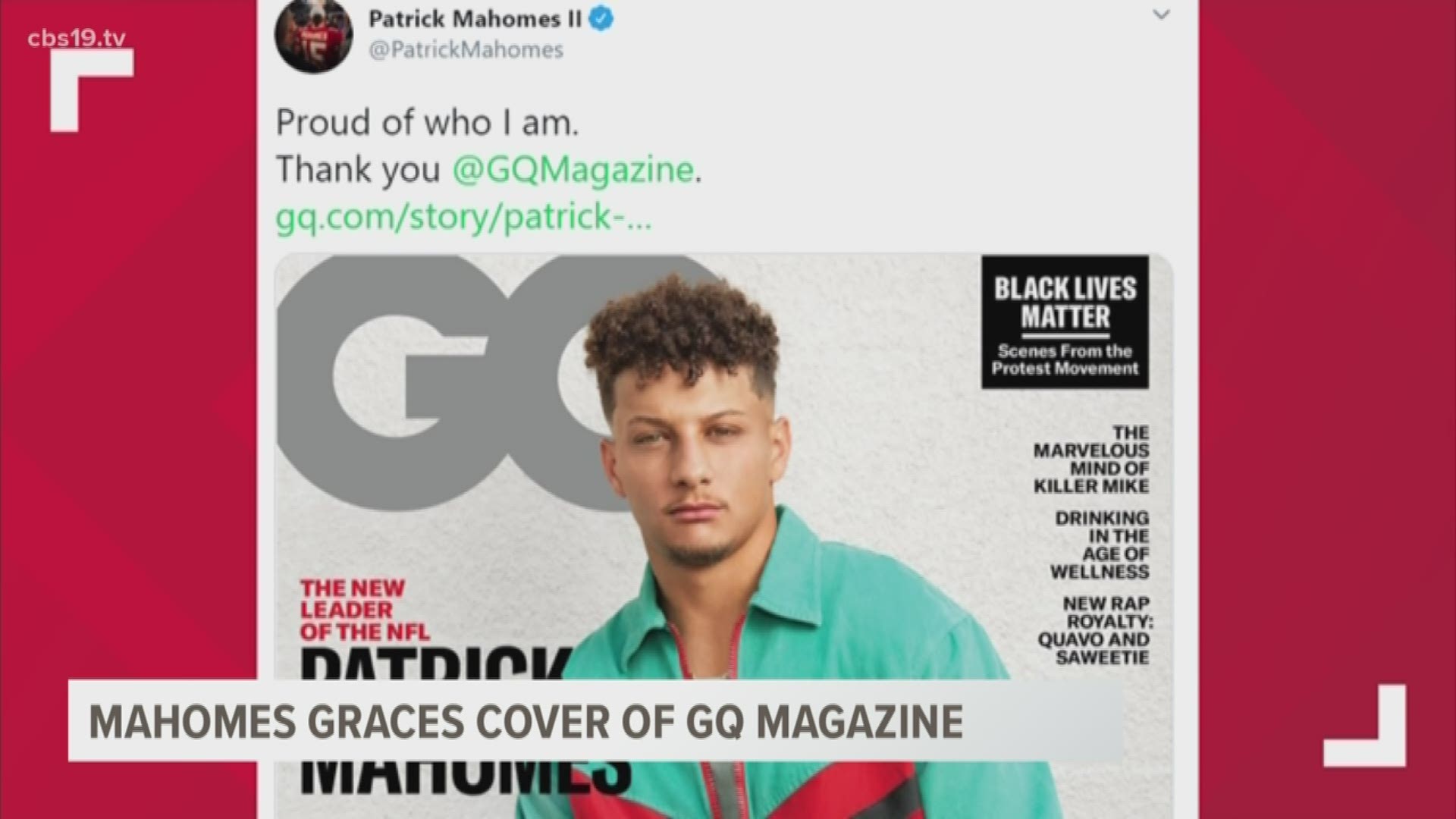 Whitehouse native and Kansas City Chiefs quarterback Patrick Mahomes' face is everywhere and now, it's on the cover of GQ Magazine.

Mahomes is the subject of GQ's cover story, "How Patrick Mahomes Became the Superstar the NFL Needs Right Now."

"After winning his first Super Bowl, Kansas City Chiefs quarterback Patrick Mahomes was supposed to have a straightforward summer: First sign a blockbuster new contract," the GQ profile reads. "Then prepare to repeat. But when a pandemic gave way to a protest movement that implicated the NFL, the game’s brightest star began to find his voice—and prove that he’s as adroit off the field as he is on it."

A week go, @PatrickMahomes signed the most lucrative contract in the history of sports.

Today, he graces the cover of @GQMagazine and opens up to @SkipperClay about his $503 million contract, speaking out on BLM, and what he said to Roger Goodell: https://t.co/kBcf31xKN9 pic.twitter.com/50jhP8cRCU

Through Mahomes' first 31 games in the NFL:

RELATED: 'HERE TO STAY' | Patrick Mahomes' 10-year extension with Kansas City Chiefs worth up to $503M ⁠— the richest deal in sports history

Just last week, Mahomes signed the richest deal in sports history. The 10-year extension guarantees he'll wear the red and gold for the next 12 seasons. According to his agency, Steinberg Sports, the deal is worth up to $503 million. Mahomes' agency reports he'll get $477M in guarantee mechanisms and ability to have outs if guarantee mechanisms aren’t exercised.

Congrats to @PatrickMahomes on agreeing to terms on a 10-year extension worth $503 Million. He gets $477M in guarantee mechanisms and ability to have outs if guarantee mechanisms aren’t exercised. No trade clause. First half billion dollar player in sports history. History made. pic.twitter.com/beSGN4jyej