People experiencing homelessness turning to RVs as temporary housing, but other Denverites not pleased 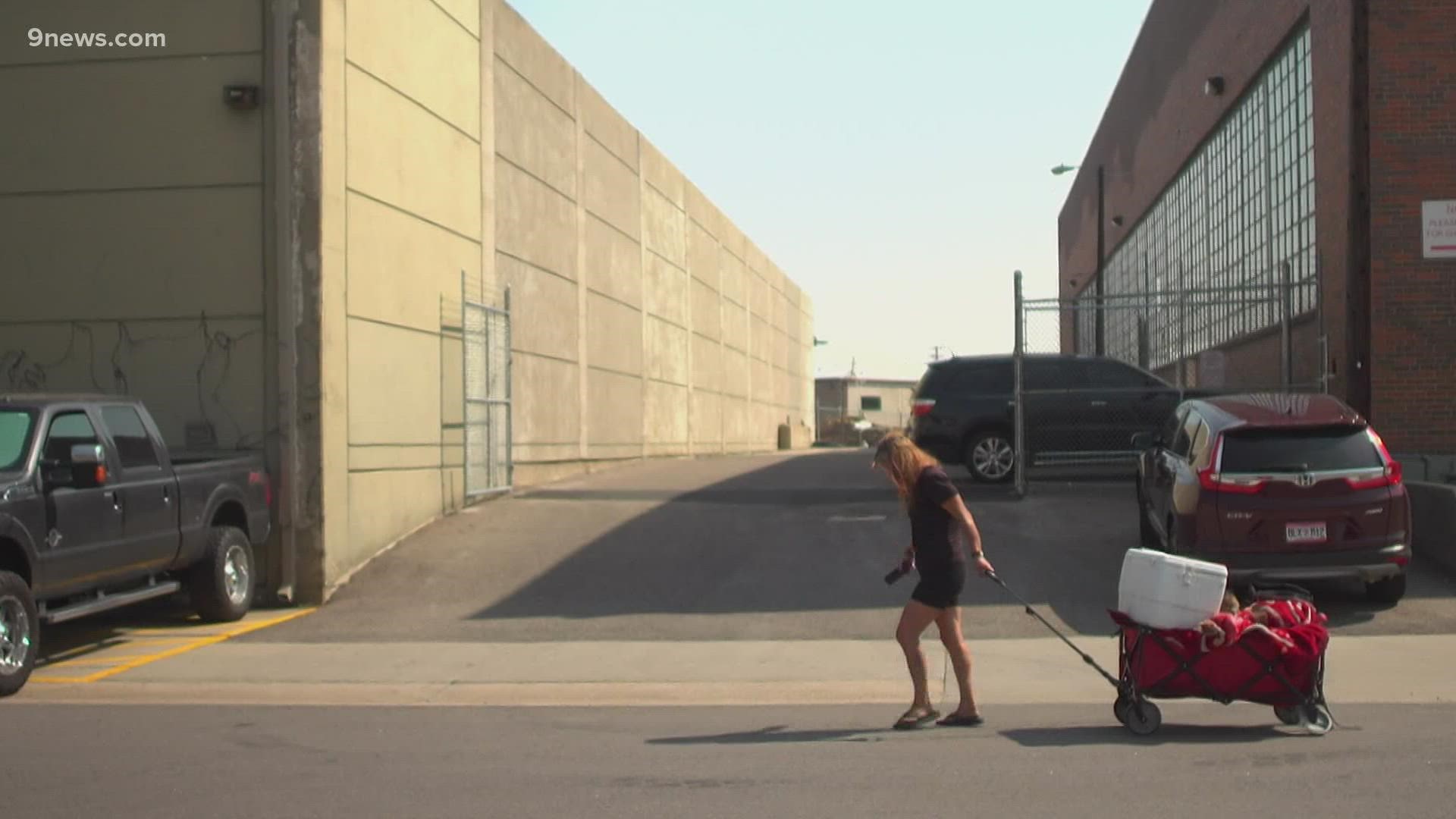 DENVER — As Denver continues to experience a housing crisis and shortage, more and more people experiencing homelessness are using their vehicles as an option for temporary housing.

It’s estimated that over 1,000 people in the Denver metro area are living out of their vehicles. But similar to those using tents for shelter, there are strict laws as to where you can park your vehicle.

There’s also the issue of what type of vehicles Denverites are using as temporary housing.

Some are using recreational vehicles or campers, which can be inconspicuous, clean and parked on city blocks in front of apartment buildings, Walmart parking lots or lush green parks. They can also be covered in blue tarps surrounded by shopping carts parked in front of desolate buildings or empty spaces.

Whatever the condition, parked RVs on Denver roads are causing a stir in registered neighborhood meetings, social media and neighborhood apps such as NextDoor.

>Video above: 'They sweep, we move back': A homeless woman in Denver moved 5 times in 3 months.

According to Denver’s parking code, it’s illegal to park an RV exceeding 22 feet in length and an attached camper, also longer than 22 feet, for more than 24 hours on a “public right-of-way adjacent to any property which has been designated as a residential zone district or which contains a single-unit or multiple-unit dwelling.”

When those vehicles aren’t parked in residential zones, it’s illegal for them (and other cars) to remain in one spot for more than 72 hours. The vehicles must be moved at least 100 feet in that 72-hour span or they’ll be considered in violation of the law.

Kuhn said when DOTI agents receive a complaint regarding RV parking, they’ll determine whether the vehicle has been abandoned or if someone lives inside.

If an agent sees someone inside, Kuhn said they won’t approach. Instead, they’ll contact the city’s Early Intervention Team, an encampment outreach program run by the Department of Public Health & Environment. EIT agents only talk to RV residents if they are outside.

“The EIT team responds to areas that have been reported to 311 or via pocketgov, with the goal of connecting people with services before the encampment grows and eventually has to be cleaned up,” said Emily Williams, a spokesperson for Public Health. “EIT does not engage with folks if they are not outside an RV, but [we] have been visiting sites where people are camping in RVs to offer services to anyone who is outside.”

RELATED: 'They sweep, we move back': A homeless woman in Denver moved 5 times in 3 months

While DOTI may respond to RV parking complaints, the calls initially go to 311 or pocketgov.

Laura Dunwoody, the Director of City Services at 311, said pocketgov receives about 100 to 130 complaints about homeless encampments every day. Specifically, 311 officials said calls regarding vehicles (both cars and RVs) as encampments have increased over the last few months.

So, what is Denver doing to alleviate the issue? In July, the city approved a six-month permit to allow people living in their cars to park overnight in a designated area. The site is run by the Colorado Safe Parking Initiative. The organization started informally in 2019 but was incorporated as a nonprofit in 2020. Their first site opened in Broomfield in March 2020 and has grown to 10 other locations across Arvada, Aurora, Boulder, Denver, Golden and Longmont. The site in Denver is located at First Universalist Church in University Hills.

“Safe parking is not intended to be a replacement for a house,” said Initiative Co-Founder Chelsey Baker-Hauck. “But folks still need the support and that’s what we’re trying to do as an initiative, is make it possible for people to survive in the way they have to survive because times are tough. A lot of the folks we serve are working. They work at low-wage jobs… places that aren’t really paying a wage that allows someone to live, so they are resorting to living in their vehicles.”

Baker-Hauck said on average, those who have the ability to work find housing within three months.

But even within the organization, finding space for RVs is difficult. Baker-Hauck said out of the 11 SafeLot locations, only the Broomfield lot allows for RV parking. Within that lot, there are only six spaces allotted for RVs. They are all full.

Baker-Hauck said out of the 1,281 applications the initiative has received in the past year, 166 of them were for RV, camper or trailer parking. In November, the initiative received 15 requests.

“It’s very hard to find a safe legal place to stay in an RV or camper in the metro Denver area,” Baker-Hauck said. “A lot of people will turn to an RV because it does seem like an obviously much more comfortable option than sleeping in a car. It also seems like it can be a viable and affordable option…but [they aren’t] realizing the ultimate toll it’s going to take on their lives to try and maintain that vehicle and find a place to park it. The reality is it seems like a great idea but it turns out to be a very unworkable idea.”

The lot at First Universalist doesn’t allow for RV parking and Baker-Hauck said the “program doesn’t have any RV spots on the drawing board in Denver currently,” though they are looking for locations on the east side of the metro area.

Baker-Hauck is hoping to create more safe parking spaces in Denver, but that depends on neighbors and zoning permits. She’s also hoping the city and other Denverites will start viewing the issue of homelessness with a more unconventional and broader eye, so that their plans include everyone, especially those living in their vehicles.

“We’ve made it impossible for people who aren’t wealthy to live and we’re not seeing the full spectrum of options for people to live safely and securely,” Baker-Hauck said. “Sometimes, it feels that Denver is only accommodating people in brick and mortar right now. So what are our other options? Folks can keep parking on your curb or we can find places like safe parking that can get them stable and into housing quickly.”