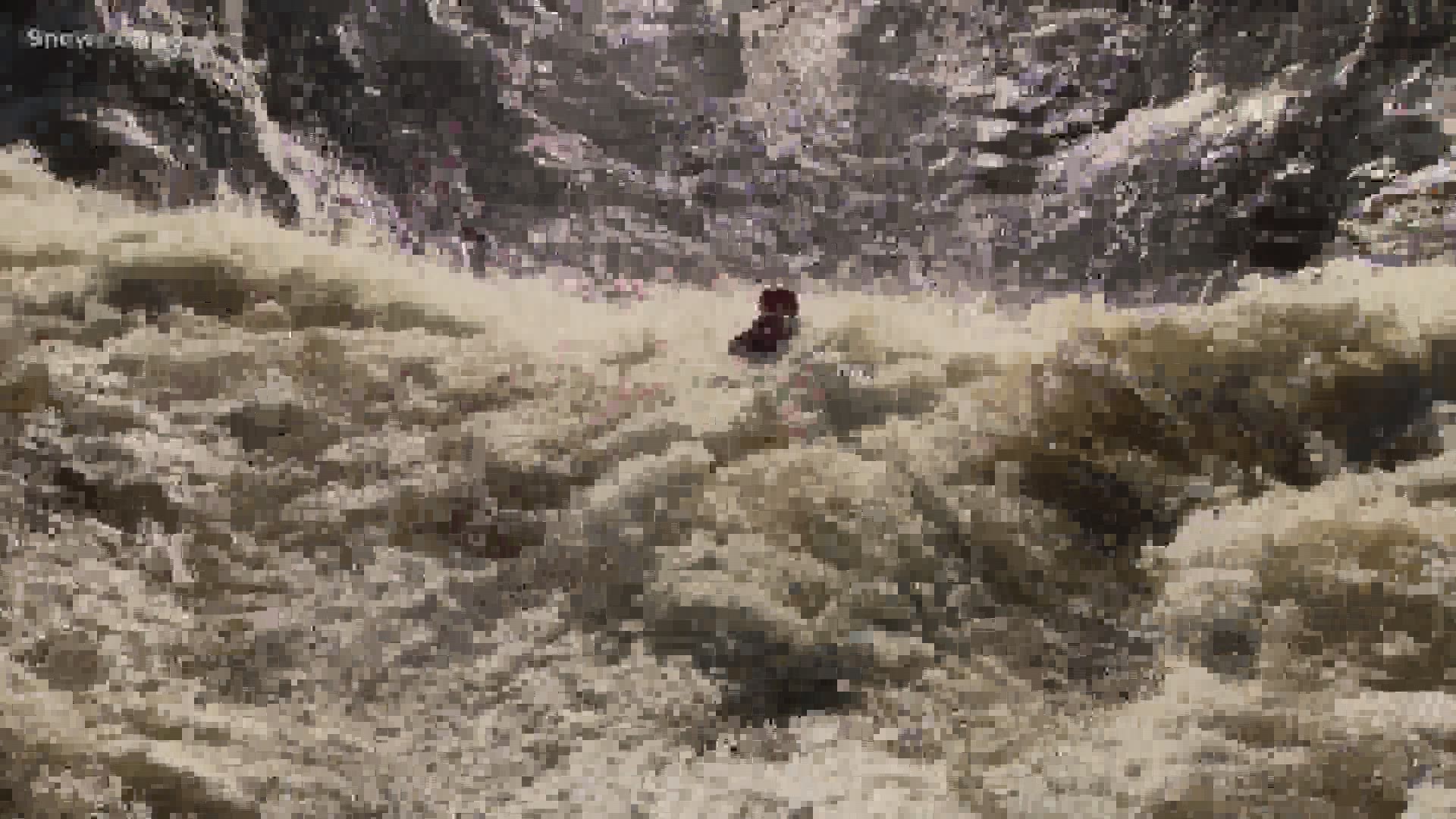 PITKIN, Colo. — The Pitkin County Coroner's Office has identified a kayaker who drowned while kayaking in the Crystal River as 41-year-old Chason Russell.

According to a release from the Pitkin County Sheriff's Office (PCSO), dispatchers received a 911 call for a lost kayaker in the Crystal River near Redstone just before 9:30 p.m. Thursday.

PCSO said Russell, who volunteered for Mountain Rescue Aspen, was traveling with two other people when his kayak overturned in the Meatgrinder rapid and he fell out.

>VIDEO ABOVE: Water rescues on the rise due to high water levels

The Meatgrinder is a fast-paced, steep and technical rapid, according to PCSO.

At around 8 a.m. Friday, PCSO said, the Carbondale Rural Fire Protection District and volunteers from Mountain Rescue Aspen searched the area where Russell was last seen as well as the bank of the river from Redstone to Penny Hot Springs, both on foot and with the aid of a drone.

They found the kayak Friday, but not Russell, according to the release.

On Saturday, the sheriff's office said dispatchers were notified by Carbondale Fire at around 3:30 p.m. that Russell's body had been found and recovered in the general area where he was last seen.

RELATED: Body recovered from Carter Lake after it was seen by boater

RELATED: High-flowing rivers lead to rescues on the Poudre River in Fort Collins