Thomas Lawson, 69, was killed in the crash, according to the Larimer County Coroner's Office. 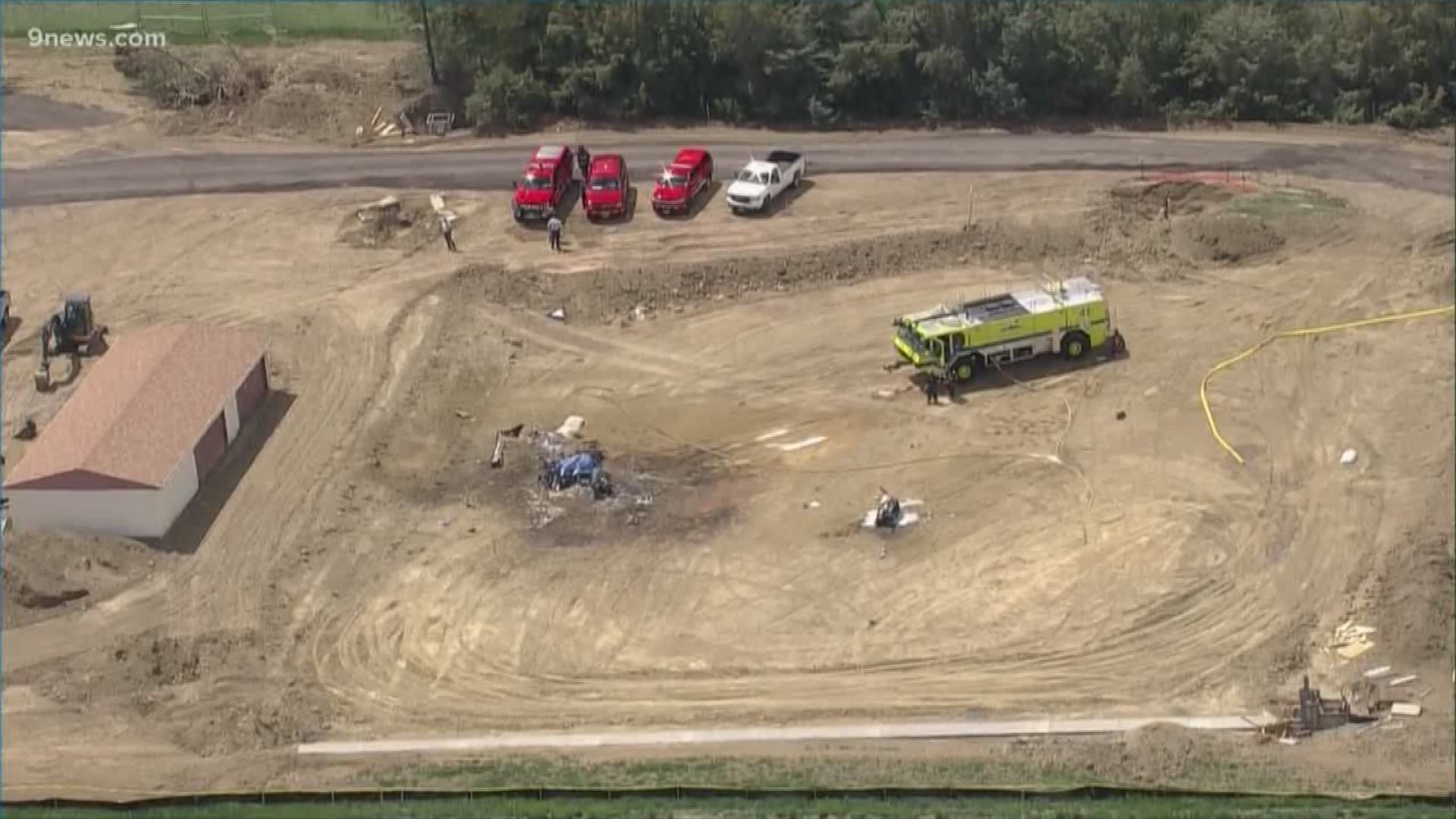 LOVELAND, Colo. — A 69-year-old Golden resident was killed in a twin-engine Beechcraft plane crash that occurred about a quarter mile north of the Northern Colorado Regional Airport in Loveland Wednesday afternoon, according to the airport.

The Larimer County Coroner's Office confirmed that Thomas Lawson was killed in the crash.

A spokesperson for the Federal Aviation Administration confirmed that FAA and National Transportation Safety Board investigators were looking into the crash.

The Poudre Fire Department said the fire from the plane was extinguished shortly after the crash.

The engine caught fire and forced the pilot(s) to attempt an emergency landing along County Road 30 just north of the airport. From Sky9 aerial pictures of the scene, it is clear the plane crashed near there.