Plane's parachute not deployed before crash in Douglas County

It's called Cirrus Airframe Parachute System, or CAPS, "the most significant safety innovation in over a half-century of general aviation," according to Cirrus' website. 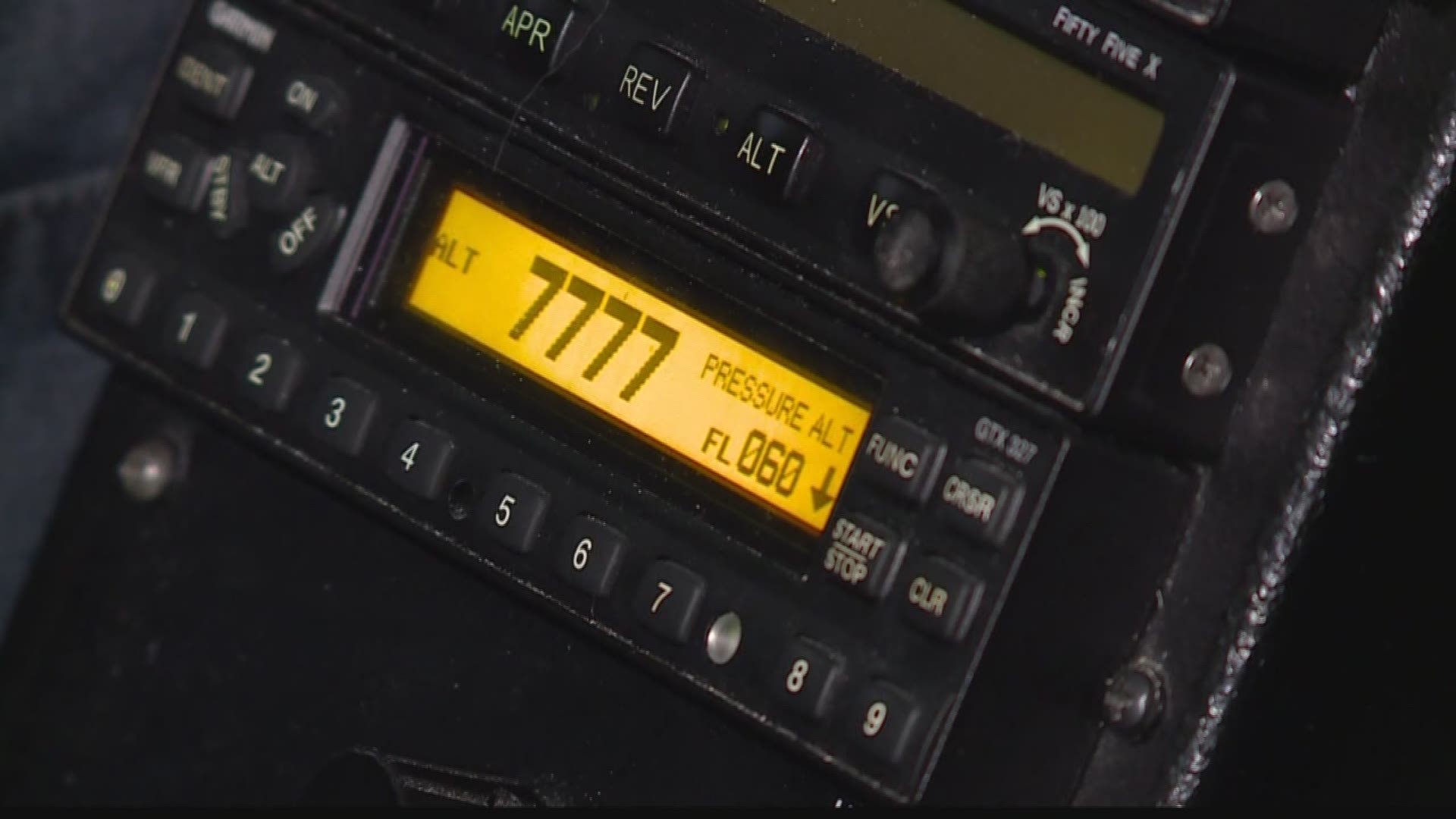 DOUGLAS COUNTY - While the National Transportation Safety Board hasn't learned exactly what caused a plane to crash Friday night in Douglas County, it said the aircraft had a built-in parachute that was never deployed.

The plane was a Cirrus SR22 and this specific make has a safety feature built into all of its airplanes.

It's called Cirrus Airframe Parachute System, or CAPS, "the most significant safety innovation in over a half-century of general aviation," according to Cirrus' website.

"There is a rocket with a parachute attached to it in the back of the airplane behind the baggage area," said Bob Stedman, owner of Independence Aviation. "It's designed and manufactured into the aircraft. You buy a Cirrus, you get CAPS. It's just part of it."

Stedman has a lot of experience with Cirrus aircraft. He said in his business' fleet, there are 12 airplanes and 11 of them are Cirrus.

"You pull the CAPS handle, the rocket fires off, it takes the parachute out of the back end of the airplane right behind the baggage bay," Stedman said. "The parachute deploys in about six seconds and then it lowers the aircraft to the ground in a flat position."

The system is designed to save lives and a study by the National Center for Biotechnology Information proves it has. The NCBI studied 268 accidents involving Cirrus planes. In 211 instances, the parachute wasn't deployed and 82 of them were fatal. Of the 57 accidents where the parachute was used, 8 were deadly.

In the particular model that crashed Friday night, it's not recommended to use the parachute less than 500 feet in the air, according to Stedman, but he said there have been successful deployments below that altitude.

In a news conference Saturday morning, the NTSB said if it "finds anything that lends an issue with the airframe make, model or type" it will release the information sooner than later out of concern for other similar aircraft.

Cirrus is relatively new to the aviation world. Stedman said it was first certified for production by the Federal Aviation Administration in 1998 and delivered its first plane the next year. The planes are primarily used for personal travel, he said.