Police said they are especially concerned about overdose because this form of the drug can be easily mistaken for heroine. 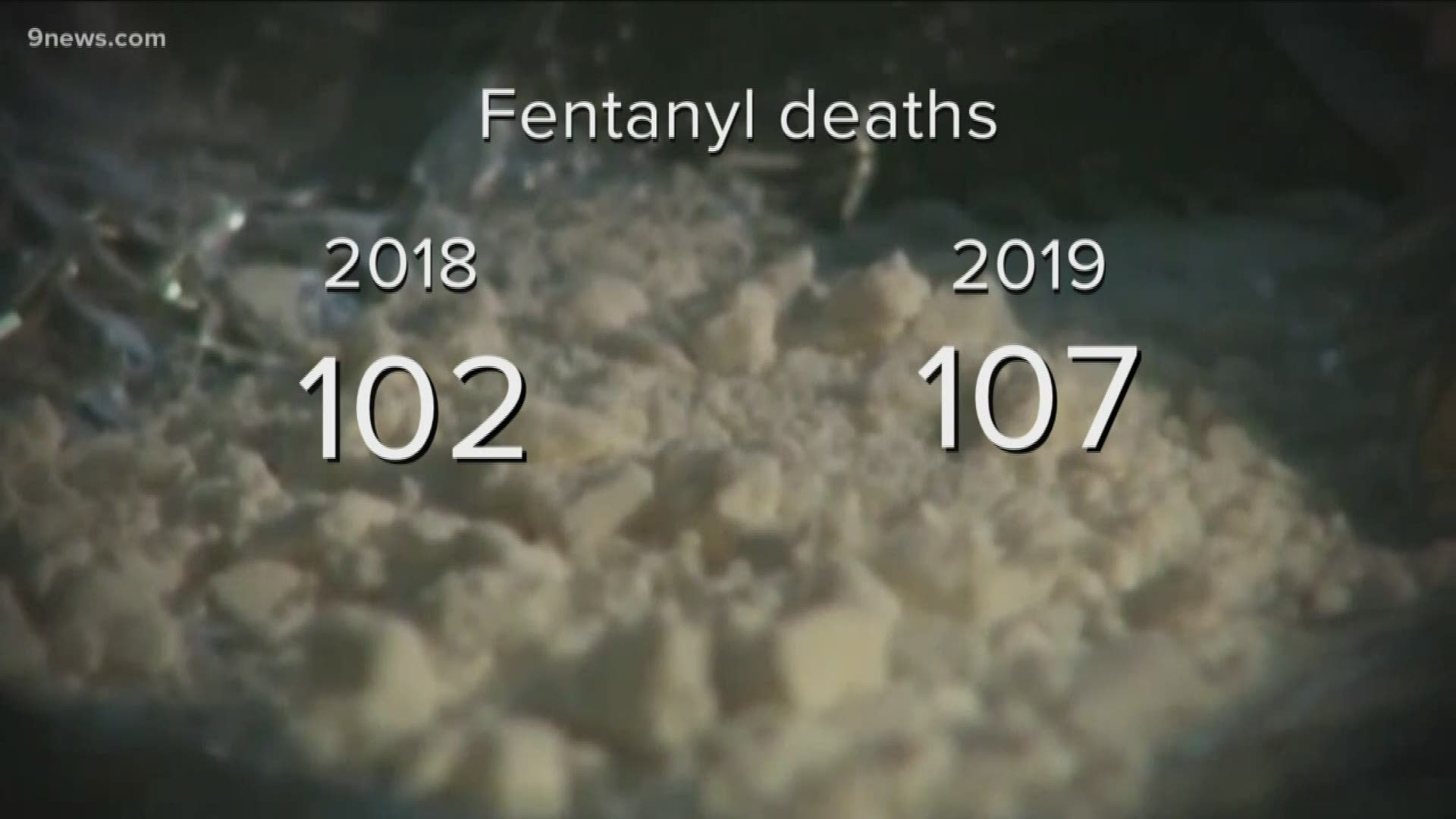 DENVER — Denver police and the Denver Department of Public Health and Environment (DDPHE) are warning the public after a brick-like form of fentanyl was found in the city.

This is the first time this particular form of the drug has been found in Denver, police said.

Denver police discovered the drug after officers seized what they said appeared to be a "significant amount of black tar heroin" during an undercover operation.

They later determined the brick-like substance was actually fentanyl.

Fentanyl overdoses can happen extremely quickly and are hard to stop, according to DDPHE. Even simply touching or breathing in fentanyl can be harmful.

Police and DDPHE said they are especially concerned about this form of the drug because it could easily be mistaken for heroin.

Anyone who uses drugs or knows someone who does is advised to have naloxone available as it could save that person's life.

RELATED: What is naloxone and how does it work?

Fentanyl can also come in pills, capsules, rock and pure powders, according to DDPHE. When mixed with other drugs it cannot be seen, tasted or smelled.

DDPHE, Denver police and others have been monitoring the Denver area for the presence of fentanyl to attempt to reduce overdose and deaths.