'They don't further anybody's cause': Fort Collins police chief weighs in on clash between 'Back the Blue' group and counter protesters

Fort Collins Police Chief Jeff Swoboda said there were about three different fights that occurred at the rally throughout the day, resulting in three arrests. 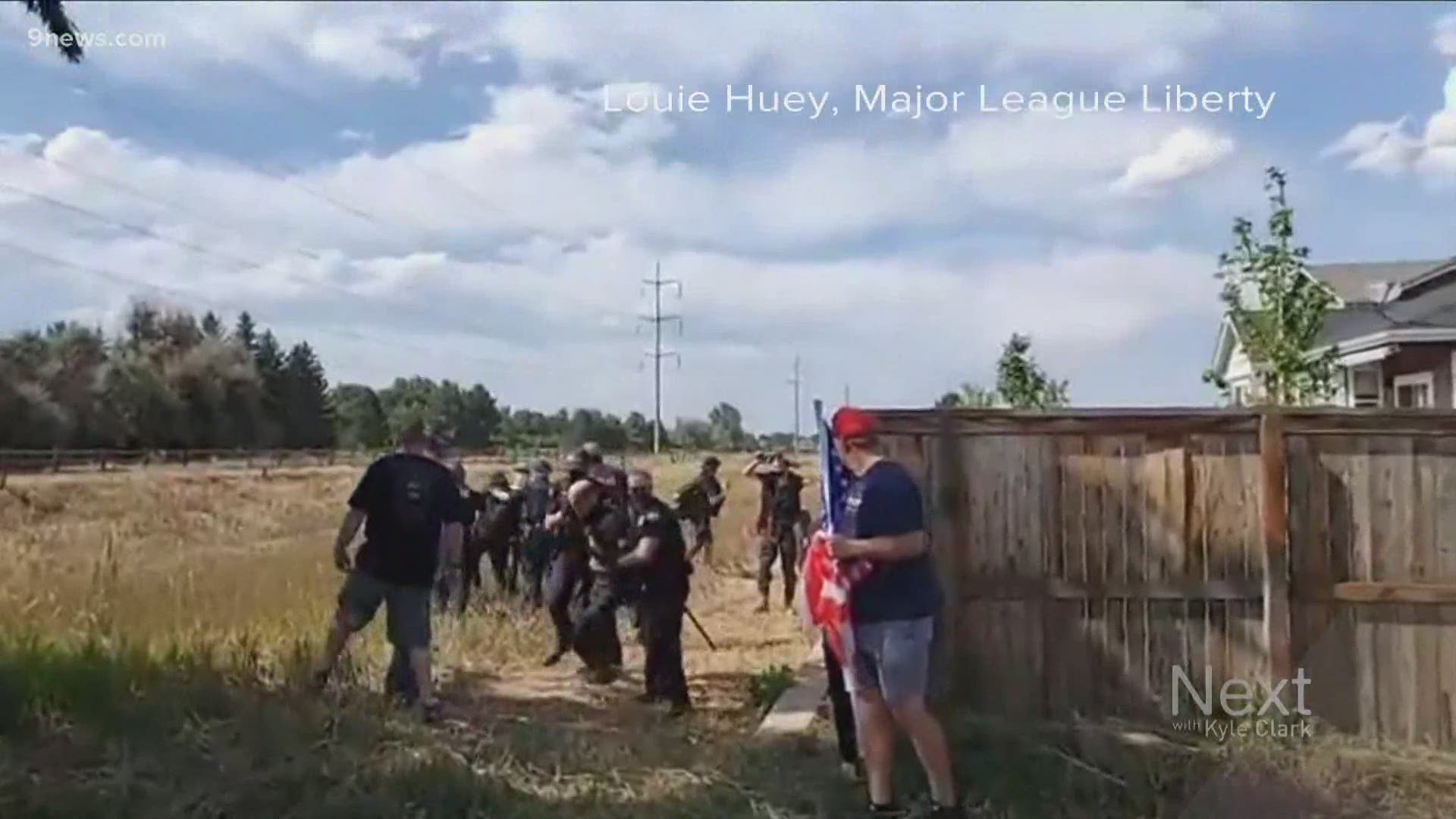 FORT COLLINS, Colo. — Fort Collins Police Chief Jeff Swoboda didn't rule out the possibility of more arrests two days after a "Back the Blue" rally in the city turned violent.

Swobod said there were about three different fights that broke out during Saturday's event near the police department on Timberline Road.

Three people were arrested and another was person cited when "physical disturbances" broke out between people attending the rally and counter-protesters.

“One video shot from one way can give one perspective, and if you see a video from another way, it might show something else," Swoboda said.

> Watch above: Clash at Fort Collins 'Back the Blue' rally leads to three arrests.

Officers took action against aggressors within both groups, and the Fort Collins Police Department (FCPD) also said that some fighting suspects left the scene before officers were able to identify or make contact with them.

“There were people showing up to this event looking for a fight on both sides," Swoboda said. "They came armed. They came with protective equipment, and so I’m not surprised there was chatter before. And that’s unfortunate because people who showing up to do violence or cause damage to property, they don’t further anybody’s cause."

Michael Townley, 42, Anna Kruger, 25, and Joshua Mischler-Deleon, 37, were arrested for disorderly conduct and booked by the Larimer County Sheriff's Office (LCSO). A 42-year-old person was also cited for criminal tampering.

FCPS confirmed to 9NEWS Wednesday that another two people were arrested later in the week:

Social media posts shared ahead of the rally from far-right militia group 3% United Patriots of Colorado (3UP) and obtained by 9Wants to Know encouraged members to show up to the rally to "confront those who wish to tear down our society." A leader of the Colorado chapter of 3UP also wrote, "We will be kicking their a**es again on [Aug. 8] in Ft. Collins."

Social media posts shared in the group after the rally also praised members for attending, calling it "another awesome day of hard work."

Officers are working to identify more suspects in the incidents. Anyone with information is asked to contact Det. CJ O'Loughlin at 970-416-2571.

“Wearing a pro-police shirt doesn’t exempt you from any laws," Swoboda said.

RELATED: 3 arrested after clash between 'Back the Blue' group and counter-protesters in Fort Collins

RELATED: 9 injured by gunfire in Denver shooting, police investigating as a drive-by