Acting Chief Norm Haubert will remain in his interim role while the city begins a search for a new chief, the city said. 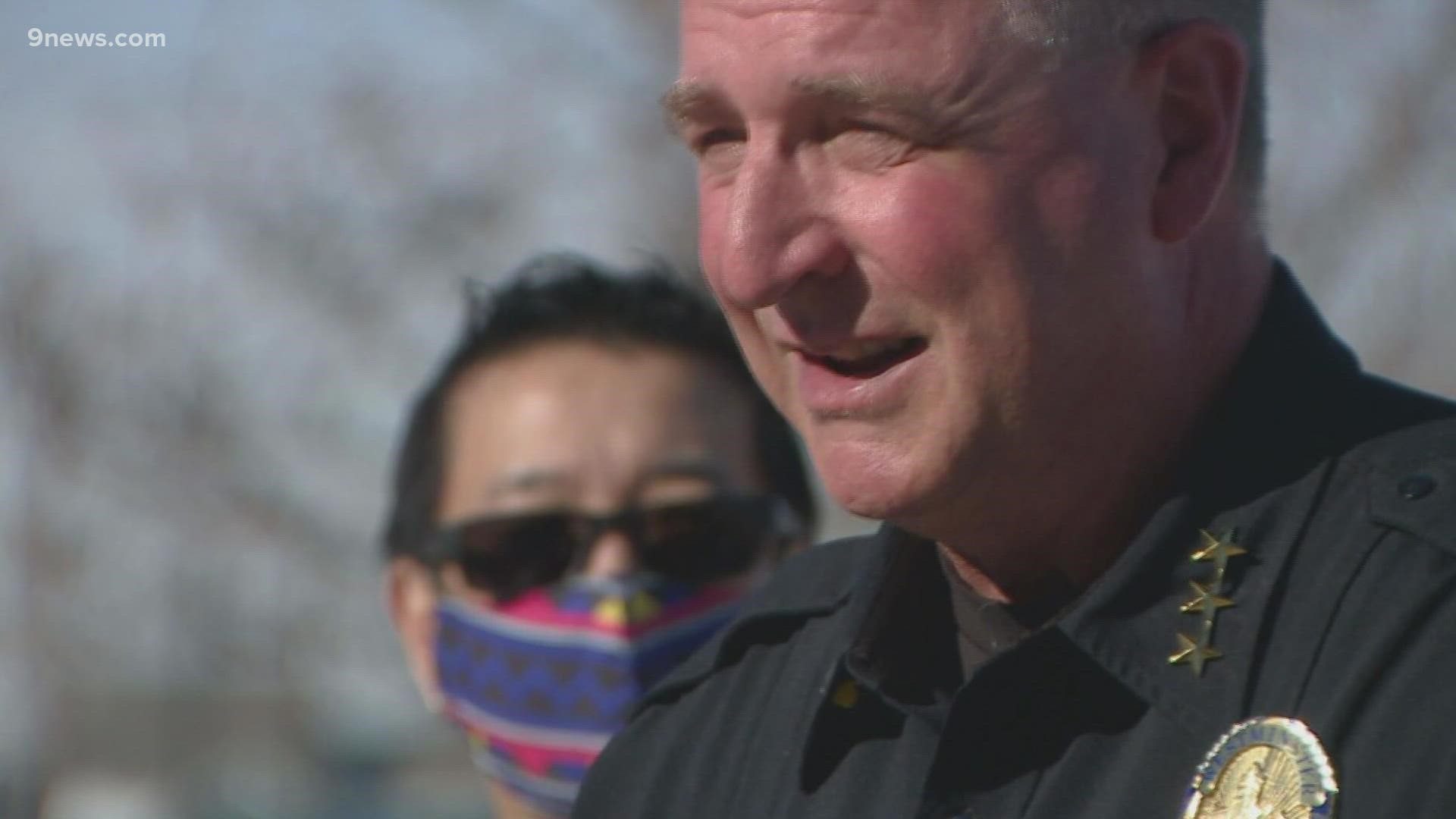 WESTMINSTER, Colo. — Tim Carlson retired as the Chief of Police for the Westminster Police Department (WPD) on Wednesday.

Carlson had been on administrative leave since July 12, 2021, ahead of the city's review of WPD's workplace climate and culture, according to a letter from the city.

The independent report, which was provided to the city last week, was conducted by U.S. ISS Agency, a security consulting firm comprised of former local, state, and federal law enforcement officers and executives, the city said.

The report contains hundreds of hours of interviews with more than 50 current and former WPD employees and a review of emails, notes and records to corroborate witness accounts, according to the city.

According to an independent third-party report, Carlson did not effectively manage the department's culture, the letter said.

The report also provided instances where a senior officer "routinely demeaned and was disrespectful to employees in the use of profanity, rude, and offensive language, disparaging comments, and personal insults."

“While the department has made significant strides in the past few years, the report has highlighted the need and opportunity for the department to make meaningful change to better support our sworn officers and civilian staff,” said City Manager Donald M. Tripp. “A respectful and inclusive workplace is central to the City’s values. What’s come through clearly in this report is that our officers and civilian staff need to have an important role in the selection of the city’s next police chief. Our staff has the best sense of the leadership they need to serve our community. We will ensure they have a strong voice in who will be their new chief.”

Acting Chief Norm Haubert will remain in his interim chief role while the city begins a search for a new chief, the city said.

City Manager Donald Tripp stepped down the day after Carlson announced his retirement. A spokesperson for the city said Tripp had been wanting to step down for a while, but wanted to wait until the matter with the police department was cleared away.

“I have for some time now believed that we needed a change―a new voice to guide city staff―but I wanted to support our police department and ensure our officers have leadership in place before I stepped down. While there is never a perfect time to let go of the reins, I am thankful to have a strong executive team, and I am confident the city will have a smooth transition,” Tripp said in a statement.

Tripp had served as city manager since 2015, and was the director of Parks, Recreation, and Libraries from 2012 to 2015. His resignation is effective Thursday.

Jody Andrews will serve as the acting city manager. City Council will begin the search for a new city manager after the November election.