An Uber driver shot and killed a passenger inside his vehicle on I-25 early Friday morning, Denver police said. 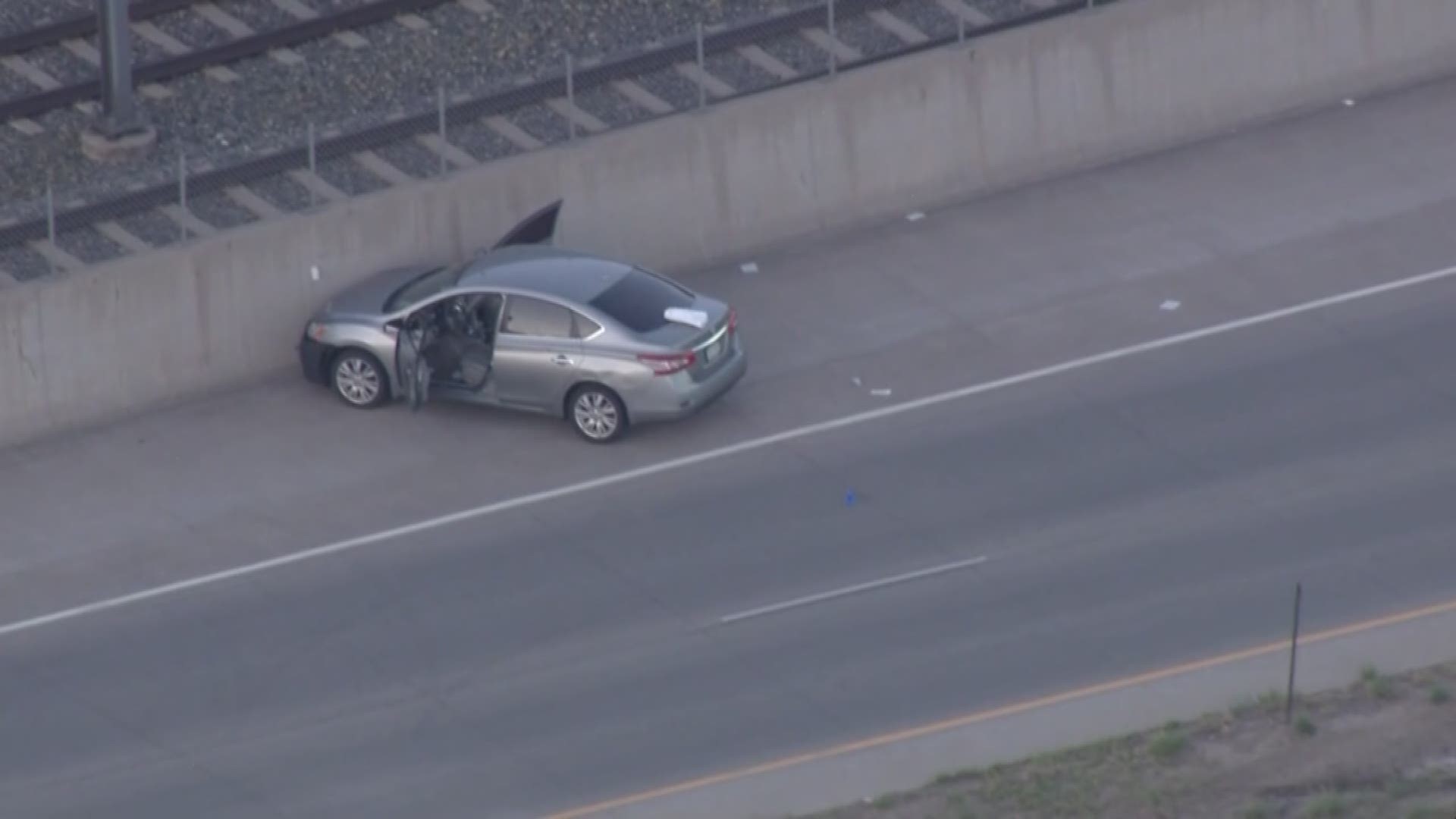 According to court documents, Michael Hancock, 29, shot his passenger just before 3 a.m. Friday on Interstate 25 near the University Boulevard exit. The suspect is not related to Denver Mayor Michael Hancock, his office confirms.

The victim has since been identified by the Denver Office of the Medical Examiner as 45-year-old Hyun Kim. He died of multiple gunshot wounds.

Neighbors say the victim lived with his family in Englewood. Kim's family was not ready to talk Friday night.

Hancock was arrested at 8 a.m. the morning of the shooting, according to the probable cause statement obtained by 9NEWS.

The court record said a witness near the on-ramp of I-25 and University called 911 a little before 2 a.m. Friday. That witness said an Uber driver told him his rider tried to attack him and he shot him.

According to the court record, the witness handed the phone to the Uber driver, who identified himself as Michael Hancock.

The report says police found Kim on the floorboard of the front passenger seat suffering from gunshot wounds.

Denver police said after Hancock was handcuffed and a gun was taken from him, he had trouble breathing and was taken to Denver Health, where he was treated and released.

A DPD detective found 10 spent 40 caliber cartridges near the site of the shooting.

The court document obtained by 9NEWS says Hancock declined to speak with the detectives without an attorney. DPD said they didn’t believe the victim and the driver knew each other, or that anyone else was in the car at the time of the shooting.

Hancock’s mother and father spoke with 9NEWS on Friday.

Hancock’s mother Stephanie told 9NEWS her son has been working for Uber for a couple of years to make extra money. He also works at a youth group home as a counselor, she said.

“He’s a husband, a father, a college student. He works two jobs,” Stephanie Hancock told 9NEWS. “It’s a terrible, terrible thing that happened. We don’t know anything else.”

She added that Hancock is still going to college, but declined to name the school. His parents also told 9NEWS that he had a concealed carry permit from his days of working as a security guard.

Phillip Smith, a pastor with the Colorado Christian Fellowship where Hancock visited also spoke with 9NEWS.

“Michael is one of the most gentle people I know and [one of] the kindest souls I know," said Smith. "He’s a good father."

Smith said he doesn’t do interviews often but that it was important for him to talk about Michael.

“I would hope that if something like this happened to me that Michael would stand up and speak to my character,” he said.

According to Uber's website, the company prohibits riders and their guests, as well as driver and delivery partners, from carrying firearms of any kind while using the app, to the extent permitted by applicable law.

Uber confirmed that Hancock has had access to the driver app for nearly three years, and Friday's incident was associated with an in-app trip. Police are still investigating exactly what occurred.

"We’re going to determine what the relationship was between what appears to be a passenger and a driver prior to this particular ride," Denver police spokesperson Sonny Jackson said. “That’s the one thing I would stress anyone that was on the highway at this time ….if they saw a conflict going on inside this vehicle please let us know.”

The southbound lanes of I-25 were closed at University through the morning commute but reopened around 8 a.m.

9NEWS reached out to Uber and received the following statement:

“We are all deeply troubled by the events in Denver today. Our thoughts are with the families of those involved, and we will continue working closely with police.”

According to the research done by 9NEWS, the driver doesn’t have a criminal history.

A court database shows the driver had a couple of driving infractions including speeding tickets.

PHOTOS | Shooting at I-25 and University Friday Morning