The Colorado Governor echoed the Bailey family's request that the 4th Judicial District Attorney's Office turn their investigation over to another jurisdiction. 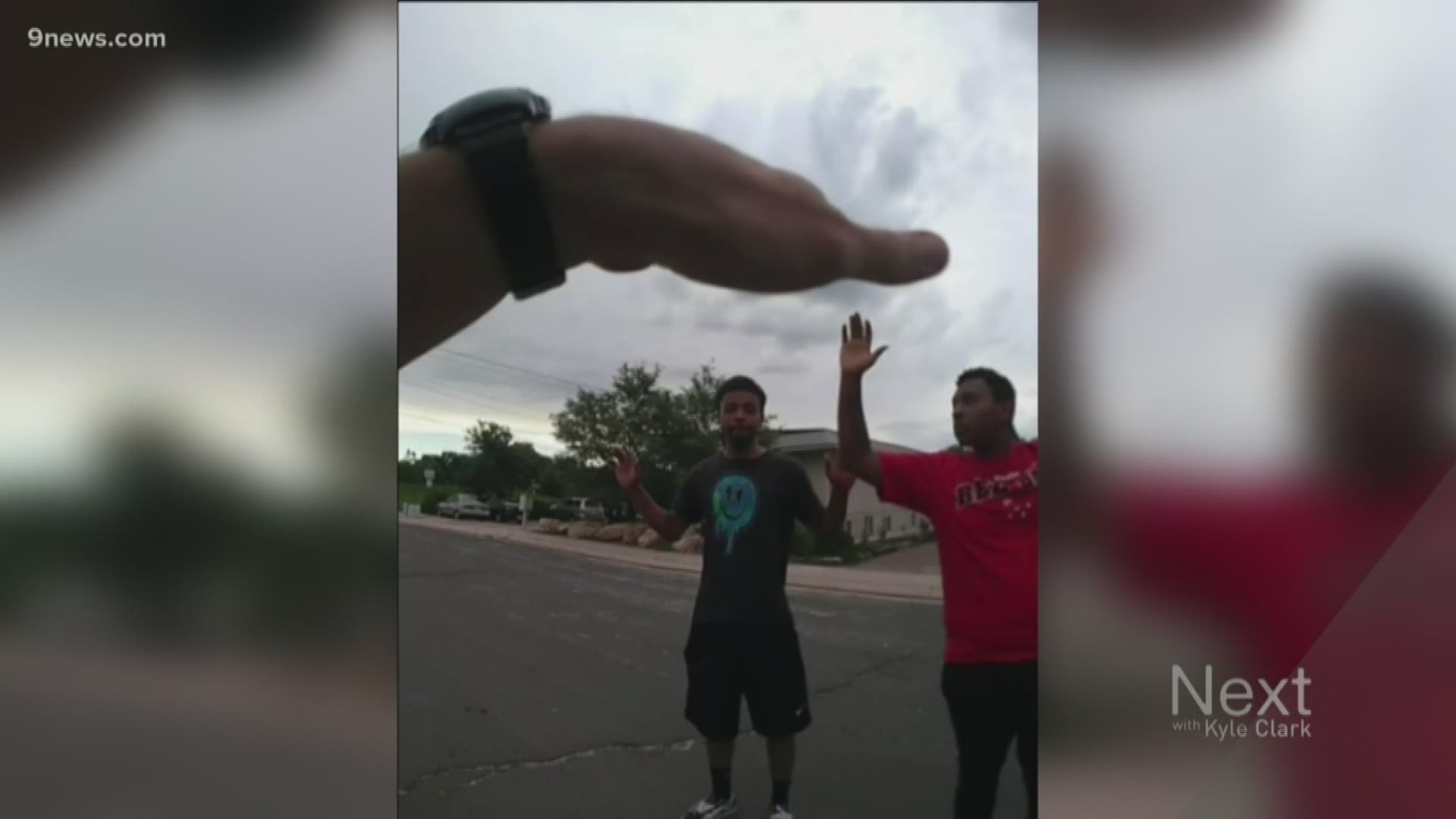 Gov. Jared Polis (D-Colorado) on Thursday said he's calling for an independent investigation into the Colorado Springs police shooting that ended in the death of 19-year-old De’Von Bailey.

“Fairness and objectivity are key to ensuring the public trusts the integrity of any investigation,” Polis said as he read a statement. “Given how the events have unfolded surrounding the death of De’Von Bailey -- the public details and video that have been shared and the questions that have been raised by the general public -- I hope that El Paso county takes steps above those legally required to additionally maximize the public trust in the investigation.”

Polis said he has not spoken to Bailey’s family, who held a news conference Thursday afternoon, where they asked for the release of an unedited video of the incident. (Watch the full news conference below.) 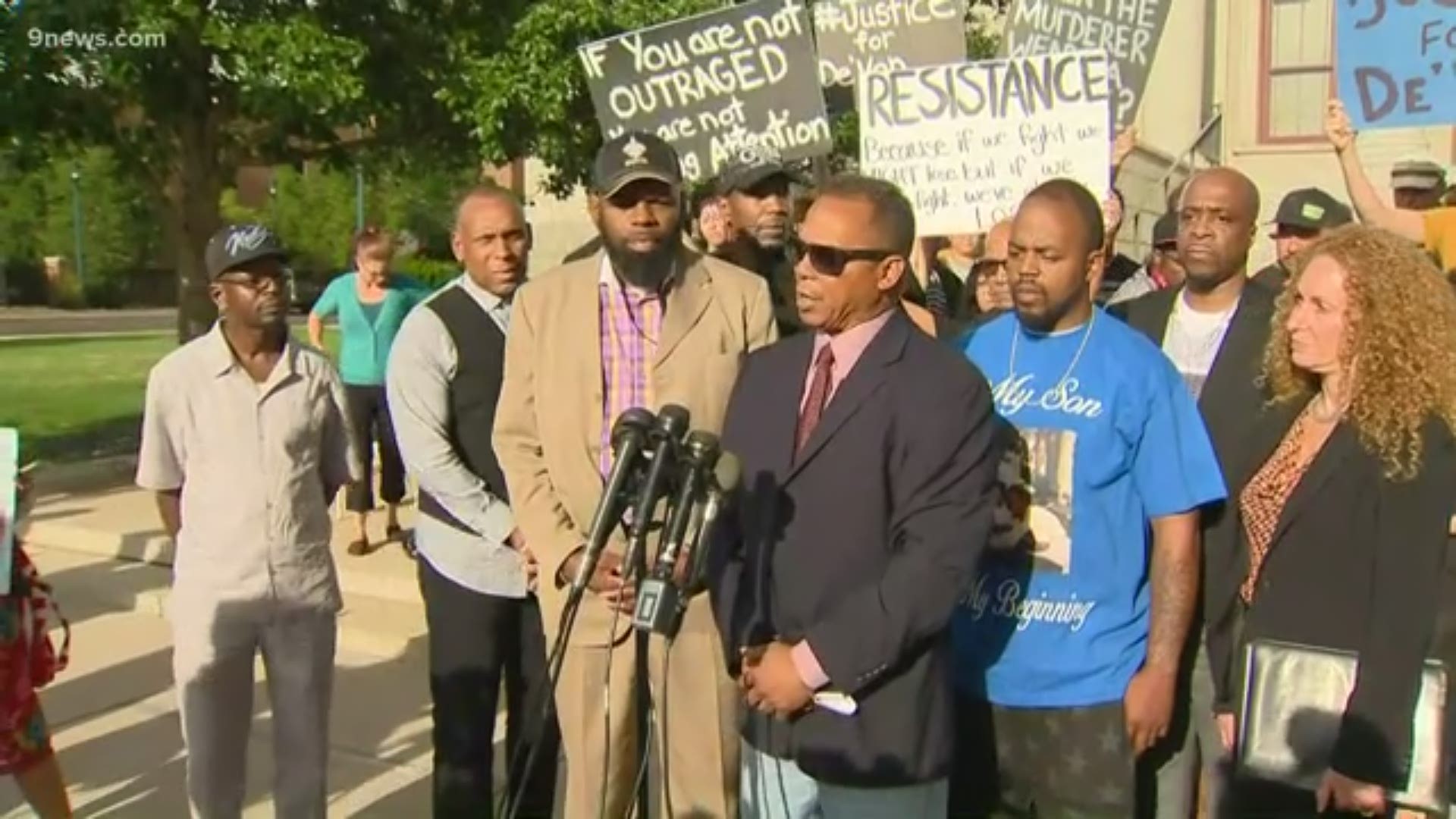 In Polis' statement, he asked that the 4th Judicial District Attorney's Office turn their investigation findings over to another jurisdiction and "if warranted, additional information gathering."

Polis added, "While, I personally, have confidence in the process, I think it's important that we have the greatest public confidence possible in this process for all concerned, particularly in this heightened national climate around racial relations."

This comes the same week more than 2,000 people in Colorado signed a petition also asking for an independent probe into the young black man’s death.

When asked why he felt he needed to say he wanted an independent investigation in the shooting death of Bailey, Polis said, "Well, you know again, of course, I've had conversations with the mayor, with the Attorney General, and I think that with where things are in the national conversation and dialogue, there should always be an effort to make sure that we inspire confidence in our processes and our law enforcement."

He added, "I personally believe that Colorado Springs residents would be best served by an independent review of the events surrounding De'Von Bailey's death."

There have been at least 20 officer-involved shootings this year.

Colorado Springs Mayor John Suthers released a statement Thursday afternoon saying that Polis "cites no legal or ethical basis that should cause the Fourth Judicial District (which includes El Paso and Teller Counties) district attorney charged with the responsibility to make a charging decision to recuse himself."

"In this instance, the governor appears politically motivated. ... He does not take the position that every district attorney in every judicial district in Colorado, including Denver, Boulder and Pueblo, should recuse themselves from making decisions in officer-involved shootings in their districts."

Suthers also said in his statement that he is "concerned" Polis is undermining the will of the people "who elected the public officials charged with carrying out legal responsibilities."

"Some in our community are experiencing a great deal of emotion. I recognize that and empathize with all impacted. But this is a time for healing and allowing legal processes to run their course and not to act with political expedience," Suthers said in the statement.

The Colorado District Attorney's Council on Thursday also released a new statement saying, "The elected District Attorneys in this State agree that our goal in every officer-involved incident is to reach the right result and ensure public trust in the investigative process."

The statement from the council also says Senate Bill 15-219 requires the creation and utilization of multi-agency, independent investigative teams to investigate officer-involved shootings. It also requires the posting of these critical incident team protocols on agency websites for public access. And finally, it requires the District Attorney to post their findings and make them available to public. The intent of this law was to guarantee professionalism and transparency in response to these highly publicized incidents and to give the public a measure of trust in the outcome of the investigations.

The office of 4th Judicial District Attorney Dan May issued a statement Thursday, again committing to a "thorough, fair and neutral review."

"At the completion of the review, and as with all officer-involved shootings reviewed by this office, we will release a statement detailing our findings – either criminal charges are filed, the shooting is ruled justified, or the case is sent to a Grand Jury."

Family and supporters of the Bailey family have called for Attorney Phil Weiser to step in. 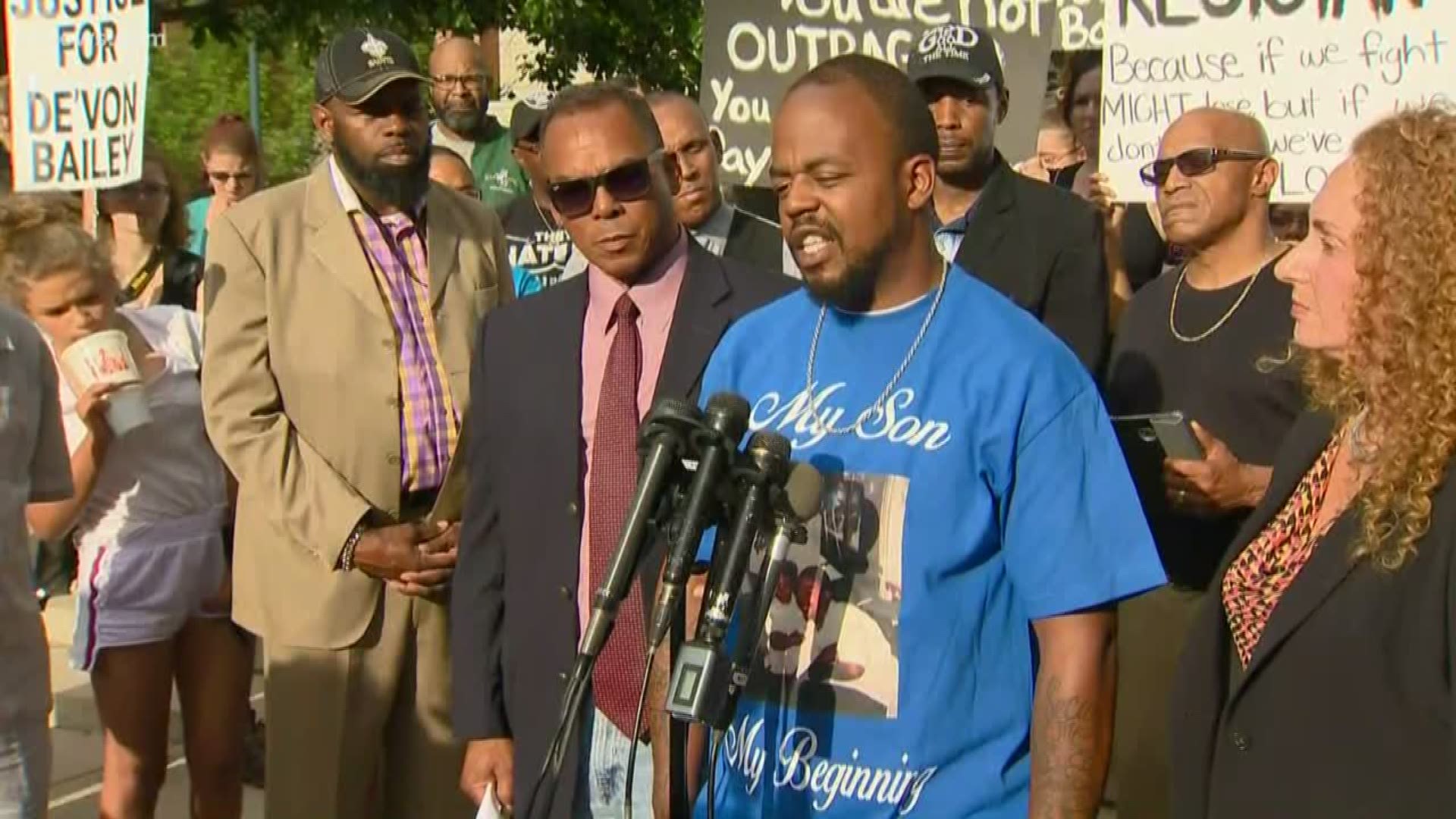 A spokesman for Weiser said Thursday that his office had received the community petition and met with community members about this case.

"There is pain in the community and a lot of questions, and AG staff listened to their concerns. The Attorney General’s office also has been in contact with local law enforcement."

Weiser's spokesman said the AG's office doesn't have the authority to intervene unless they get a request from the District Attorney. So far, DA Dan May has not asked, said Weiser's spokesman.

"The Attorney General’s aim is to learn from this incident and work with communities so that they feel safe, and work with law enforcement to ensure they have the tools they need to protect the communities they serve."

In a news release, Bailey’s family said they believe the police department’s video was edited and that there is a conflict of interest between the El Paso County Sheriff’s Office, CSPD and 4th Judicial District Attorney’s Office.

Bailey was shot shortly after officers were dispatched following a report of a personal robbery where one of the suspects is accused of having a gun.

In video from Sgt. Alan Van’t Land’s body-worn camera, Bailey is seen placing something in his pocket.

“Keep your hands out of your pockets,” Van’t Land says in the video.

Van’t Land asks Bailey to identify himself, which he does. He then asks both suspects to put their hands up. They comply.

Van’t Land then informs them both that they received a report of two people with similar descriptions possibly having a gun.

“Don’t reach for your waists,” Van’t Land is heard saying. “We’re just going to check and make sure you don’t have a weapon, alright?”

As another officer begins to approach the pair, Bailey turns and starts to run away.

An officer is heard yelling “hands up” three times, and Bailey doesn't appear to comply while running away. Then eight shots are heard. Bailey then falls to the ground and raises his hands. 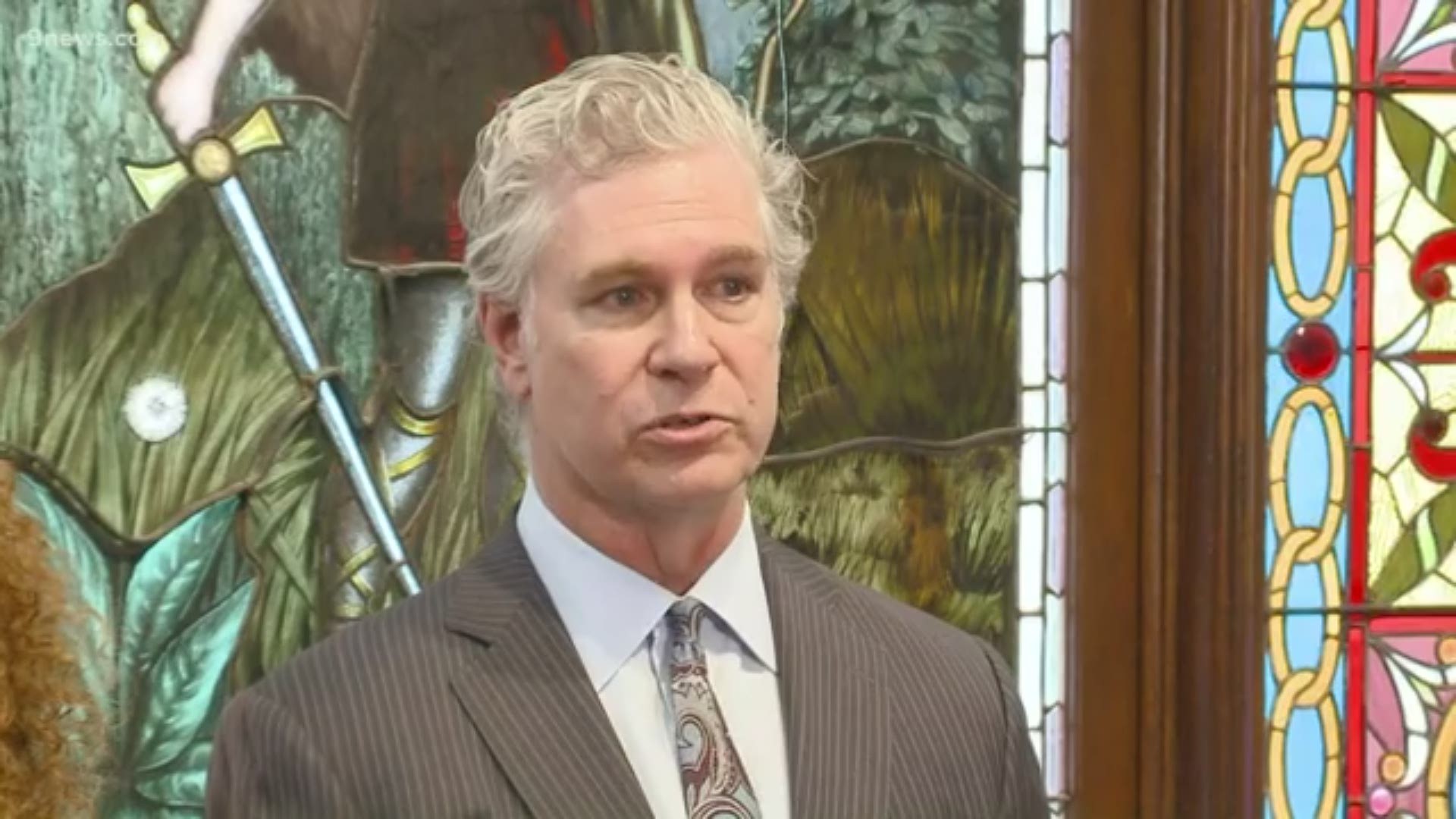 As the officers are handcuffing Bailey, an officer suggests they check him for weapons.

“He’s got something between his legs,” an officer says. “He’s got a (expletive) gun.”

The video shows officers holding what appears to be an object between Bailey’s legs. Officers then proceed to cut Bailey’s shorts off and pull them away from him.

The Bailey family’s attorney, Darold W. Killmer, said last week  the video showed Bailey was "trying to flee from police" and "did not have a weapon in his hand, and did not show a weapon when he was shot in the back multiple times and killed."

Killmer added that there was "no evidence" Bailey was going to hurt anybody.

The body camera video released Thursday comes just a few days after a surveillance video was obtained by the media showing Bailey's final moments after he was contacted by officers investigating a robbery. 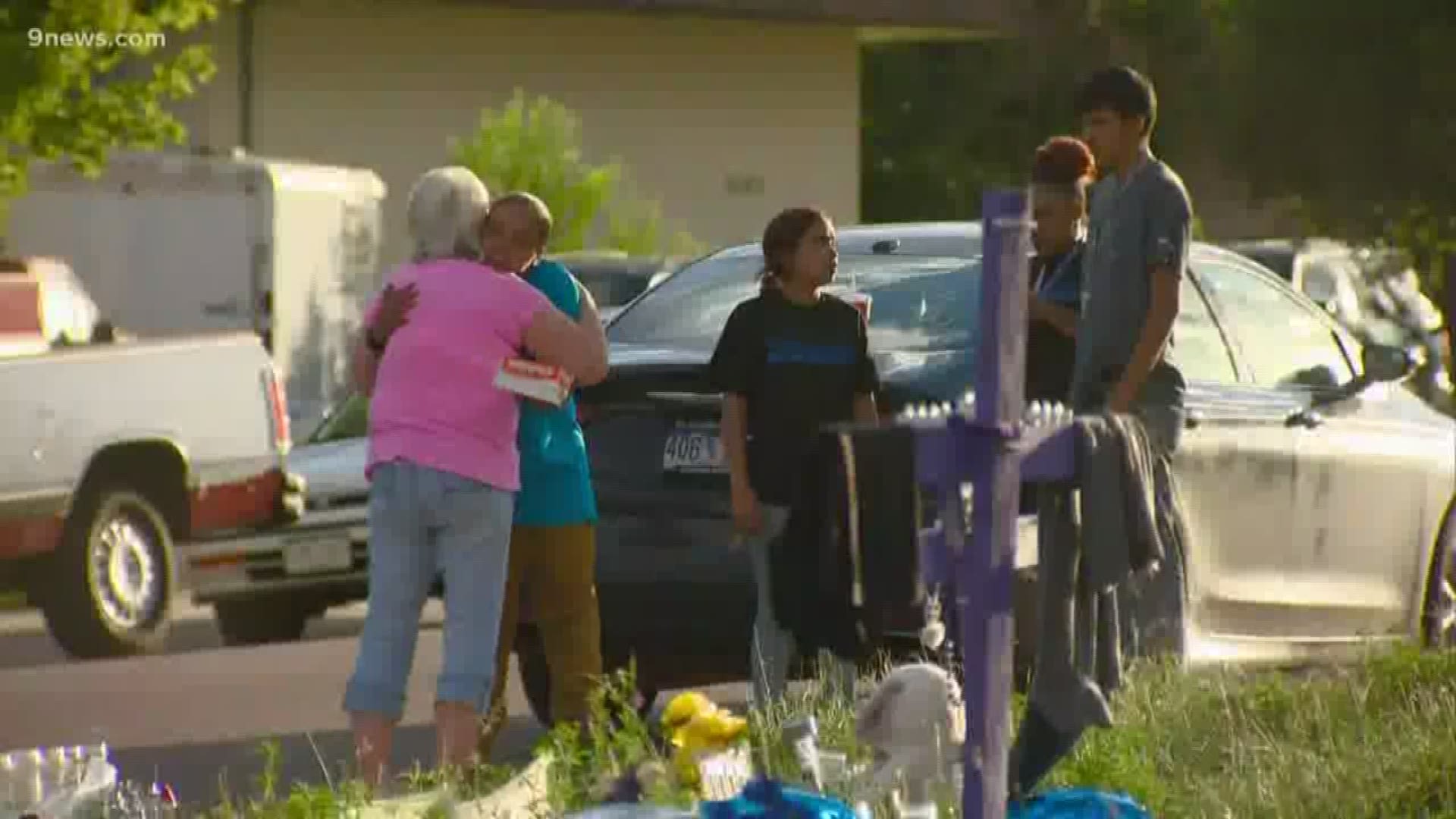 That video shows Bailey running away from two officers before throwing his arms back and ultimately falling to the ground.

According to an earlier news release from the El Paso County Sheriff’s Office, just after 7 p.m. on Aug. 3, officers were dispatched following a report of a personal robbery in the 2400 block of East Fountain Boulevard. The victim identified two suspects to officers, the release says. According to the El Paso County Sheriff’s Office, officers contacted the suspects, and during the encounter, one of them reached for a firearm.

The Sheriff’s Office said in that release that at least one officer fired a shot at Bailey, who had pleaded not guilty the week prior to a series of charges related to a sex assault case.