Educators, along with a list of other professionals, are required by law to report child abuse allegations to police. But the statute of limitations for failure to report ends 18 months after the fact. 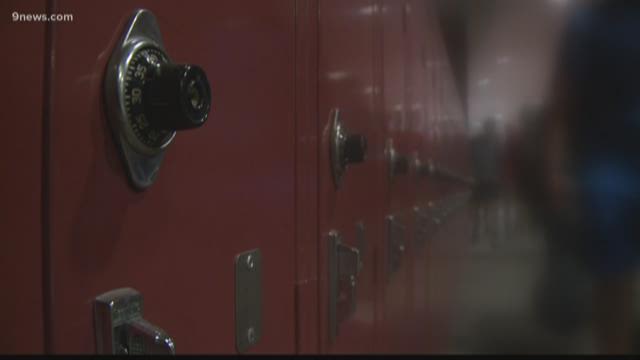 Prosecutors may face challenges in convicting three Cherry Creek School District administrators who failed to report an alleged sexual assault of a student in 2013.

They never called police after they heard that teacher Brian Vasquez, 34, was allegedly having a sexual relationship with a 14-year-old student. It wasn’t until 2017 that Aurora Police arrested Vasquez for a total of five sexual assault claims.

These educators, along with a list of other professionals, are required by law to report child abuse allegations to police. But the statute of limitations for failure to report ends 18 months after the fact.

“When it’s not reported, what happens, it emboldens that adult who is harming a child to continue that behavior,” said State Senator Rhonda Fields, D-Aurora.

Brian Vasquez is accused of sexually assaulting as many as five students.

She’s sponsoring legislation to change the statute of limitations for those mandatory reporters who fail to call police. She wants the clock to start running once police find out about the failure to report, not when the reporters learn about potential abuse.

“If a teacher or anyone in a position of authority, if a child tells you someone has hurt them or someone has committed sexual assault we need to take the appropriate steps. We need to report it to the authorities and have them do a complete and thorough investigation,” said Fields.

An indictment of the three administrators who allegedly failed to report the 2013 assault allegation at Prairie Middle School says the school’s dean, Adrienne Macintosh, conducted her own investigation and had asked the 14-year-old student to rethink coming forward, “in light of the affect it would have on [Vasquez]”.

Rhonda Fields is sponsoring legislation to change the statute of limitations for those mandatory reporters who fail to call police.

While all three of those mandatory reporters face misdemeanor charges, the outcome remains uncertain because the statute of limitations ran out in 2015. This inspired Fields’ legislation.

She’s now getting push back from groups that represent some of these mandatory reporters including the Colorado Catholic Conference and Colorado Education Association.

Here are statements from both of those organizations:

“The sexual abuse of a child is a despicable crime, regardless of whether the offender is a member of the clergy, a teacher, counselor, or family member. Children must be protected from abuse in all cases, and survivors need to be helped on their journey toward healing. The Catholic Church has a zero-tolerance policy for sexual abuse.

The concern with Senate Bill 18-058 is that it creates an indefinite statute of limitations regarding mandatory reporters of child abuse and neglect. The principle of statutes of limitation acknowledges that as time elapses, evidence goes stale, memories fade, witnesses die or disappear. In cases of child abuse, we should do everything possible to encourage victims to come forward as soon as possible and for those aware of the abuse to report it as soon as possible. Our State law should reflect this policy as a matter of basic fairness to those involved and not go down a slippery slope that potentially creates unfair and unjust situations. There are over 30 mandatory reporters of child abuse and neglect in Colorado; the Catholic Church is not alone in its concern regarding Senate Bill 18-058.

“CEA opposes the current version of Senate Bill 58. Student safety is of paramount concern for professional educators, but SB-58 would be harmful to educators, social workers, psychologists, firefighters, and all professionals listed as mandatory reporters of child abuse and neglect. This bill shifts the focus away from bringing perpetrators to justice and providing closure for victims, and instead puts trusted professionals in the impossible situation of knowing how a crime should have been prevented, in some cases 20 or more years after the fact. This bill will only strip professionals of basic legal protections and create an influx of criminal and civil litigations against the very people we count on every day to support Colorado children."