Coloradans have until Election Day to decide whether or not to increase the state's minimum wage for the first time in a decade. 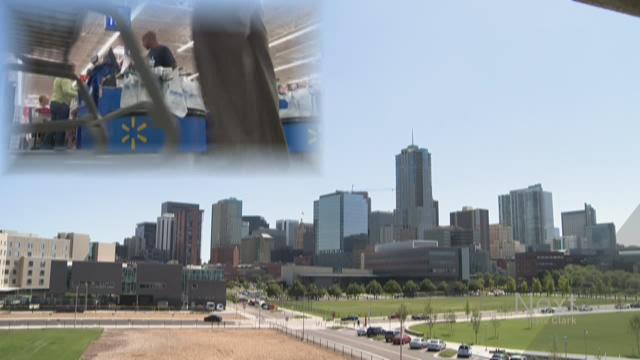 Coloradans have until Election Day to decide whether or not to increase the state's minimum wage for the first time in a decade.

We often hear the rhetoric on both sides of the issue -- some will say a boost in wages will lead to the end of small businesses who employ anyone and we also hear that wages will help get low income earners closer to the middle class.

We wanted to cut through all that and ask an economics expert, like Alexandre Padilla, Associate Professor of Economics at Metro State University of Denver, what he thinks the end result is of a minimum wage hike.

"If the goal is to help people achieve a higher living standard and is the target of what we would call low income people or poor people, I think it's a very poor tool," Padilla said. "If you increase the minimum wage up to 33 percent increments, the effect is minimal. There's still some effect, but if you increase above that, you are going to have a more significant effect."

Padilla said most minimum wage workers are part-time workers and minorities. They're likely the ones asking for higher wages, but he said, they're also the ones most likely to lose their jobs if an employer can't keep up with the increase.

"Some people are going to benefit from an increase in minimum wage. But some people are going to lose their job because of it," Padilla explained. "You could say it's collateral damage, but the second issue, who is mostly suffering from unemployment over an increase in minimum wage? ... Minorities. The unemployment rate is the highest among minorities."

Instead, Padilla said, a better plan might be increasing the earned income tax credit for lower income earners.

Padilla figures that taxpayers, in some way or another, end up subsidizing social programs for low income earners, so why not put more money in the EIC and help them directly and not put the burden on small business owners.

Padilla added that it's much more likely a business in an urban area could fare better dealing with a wage increase than a business in a more rural part of the state.