Despite attempts to delay, House to vote on expelling Lebsock

The Colorado House of Representatives is set to vote on whether to expel one of its own members Friday. 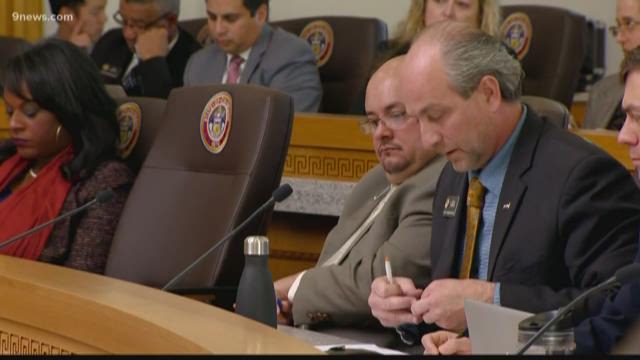 The vote on whether to expel a Democrat from the Colorado House of Representatives for sexual harassment will happen Friday despite attempts by lawmakers in both chambers to delay the vote.

“We will not be distracted nor deterred from standing up for the women who had the courage to come forward,” House Speaker Crisanta Duran (D-Denver) said.

Five women have accused Rep. Steve Lebsock (D-Thornton) of making inappropriate comments and touching them in ways that made them uncomfortable. An outside investigator spent three months investigating those claims and determined that in all 11 situations it was “more likely than not” that the events happened as the women described them.

Lebsock continues to maintain his innocence and that his own party is trying to push him out for political reasons.

Rep. Yeulin Willet (R-Grand Junction) tried and failed Thursday morning to convince his colleagues in the House that they should create a committee with subpoena power to investigate the women’s claims.

“If we are going to be judicial, let us be judicious,” Willet said.

Democratic Representative Faith Winter (D-Westminster), one of Lebsock‘s accusers, was disturbed by the attempted rule change.

“They’re trying to put the accusers on trial,” she said.

About an hour later Senate Republicans unveiled a plan to have the Denver District Attorney open criminal investigations into the harassment claims against Lebsock and several other lawmakers.

Senate President Kevin Grantham (R-Canon City) said Republican lawmakers would be ready to vote to expel members of the legislature if the District Attorney finds evidence to prosecute a lawmaker, and then that lawmaker is found guilty.

Multiple Democratic lawmakers dismissed this idea on the basis that workplaces around Colorado and the United States don’t require their employees to prove sexual harassment “beyond a reasonable doubt.”

Lawmakers aren’t required to be lawyers, Rep. Matt Gray (D-Broomfield) said during a joint hearing Thursday morning. He suggested his colleagues stop focusing on what burden of proof they should apply and simply ask themselves “what do you think the truth is?”

House Republicans also debated whether to investigate Duran during an open meeting of their party Thursday afternoon.

Rep. Dave Williams (R-Colorado Springs) called for a bipartisan committee to investigate whether Duran and other Democratic leaders “covered up” the initial accusations against Lebsock.

Once it became clear that the process set forth in November wasn’t going to change, the conversation centered around whether to delay Friday’s vote until the weekend or even the middle of next week.

Republicans and a handful of Democrats complained that they haven’t had enough time to review the 35-page report by the investigator and the more than 50 pages of attachments.

Rep. Joseph Salazar (D-Thornton) said he would hate to see someone say, "I can't vote for this resolution because I haven't completely read it."

But several of his fellow Democratic colleagues disagreed.

“One more day, one more week isn’t going to get us one more vote,” Rep. Edie Hooton (D-Boulder) said.

She and several other Democrats --- including Winter – suggested that there is enough information out there for people to decide whether Lebsock deserves to remain in the legislature.

"We will vote tomorrow,” Rep. Jeff Bridges (D-Littleton) said. “Each of us will either find the courage, or find an excuse."

(WARNING: PROFANITY)
Raw video: @crisantaduran argues that @RepLebsock should be expelled tomorrow... by reading the worst of the accusations against him.#COleg #9NEWS pic.twitter.com/xOsuaHctwI 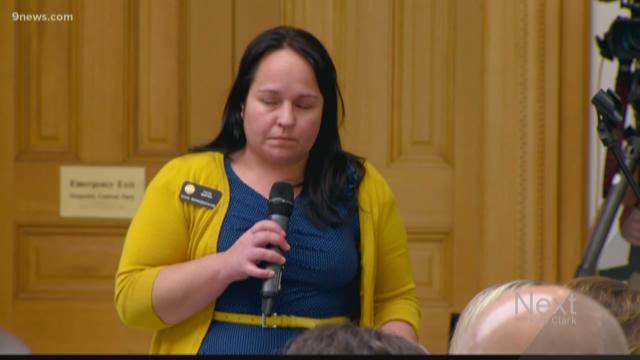