A growing movement to remove laws against women going topless is headed to court in Colorado. 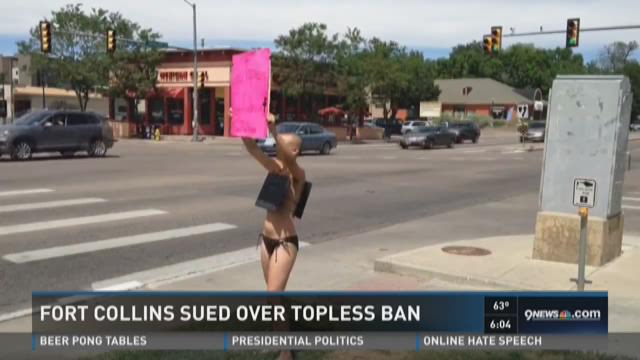 A Fort Collins ordinance that bans women from appearing topless in parks and other public places is being challenged in federal court.

Representatives of the Free the Nipple movement on Tuesday filed a civil complaint in U.S. District Court in Denver claiming the city’s public nudity ordinance is unconstitutional and discriminates against women.

In their complaint, plaintiffs Brittiany Hoagland and Samantha Six allege the city’s regulation violates the free speech clause of the First Amendment as well as the equal protection clause of the Fourteenth Amendment.

The ordinance treats women and girls differently than men and boys in violation of equal rights required by the Colorado Constitution, according to the complaint.

Hoagland, who led an unsuccessful campaign last year to change local law regarding women exposing their breasts, said the city left her no choice but to go to court.

Read more at the Coloradoan: http://noconow.co/1ZbievA