Colorado's senators released their own plan to protect Dreamers and boost border security. Whether their plan -- or any plan -- can become law remains uncertain. 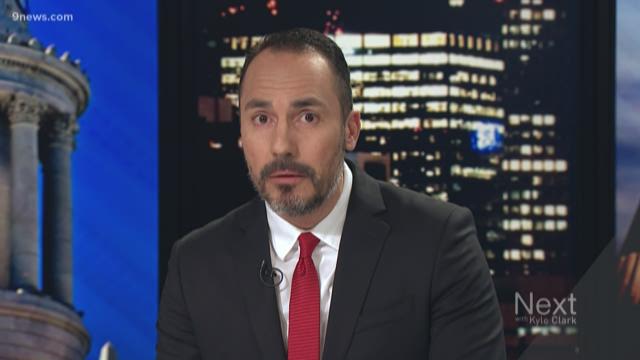 Colorado’s senators added their immigration plan to a growing list of proposals up for debate Wednesday in the U.S. Senate.

“Coloradans expect Sen. [Michael] Bennet and I to work together, and that’s exactly what we have done,” Sen. Cory Gardner said in a statement. “This legislation addresses DACA and border security, and we are urging members on both sides of the aisle that want a solution to support our bipartisan approach to addressing our flawed immigration system.”

Their 74-page plan puts $25 billion towards border security over the next 10 years and creates a 12-year path to citizenship for people who were children when they entered the U.S. illegally.

"This amendment is a reasonable solution to break through Washington gridlock and provide a compromise for Dreamers who are counting on us in Colorado and around the country,” Bennet said in a statement.

The Bennet-Gardner amendment is one of several plans floating around the Senate Wednesday, but it’s not clear whether any plan has enough support to become law before March 5.

That’s the day President Donald Trump set as the end of protections for the Deferred Action for Childhood Arrivals policy or DACA. The program protects people who came to the U.S. illegally as children from deportation and gives them permission to work for two years.

Trump told Congress to pass a bill giving DACA recipients or Dreamers a path to citizenship, but he also told them he wanted that bill to include cuts to legal migration.

Seven Republican senators introduced their own plan that does just that.

The Secure and Succeed Act does what Bennet and Gardner are proposing. The big difference is it also limits family-based immigration, cracks down on people who overstay their visas and implements the E-Verify system.

That plan is a non-starter for many Democrats – including Bennet.

And any immigration bill that comes out of the Senate will need 60 votes because of procedural rules. That means the Republicans need Democrats to support a plan.