This is a setback for Jared Polis. 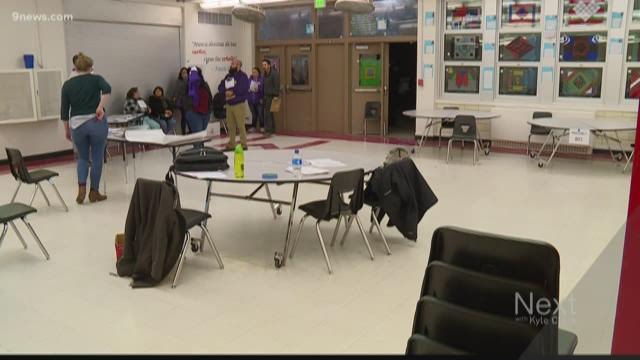 There's a new frontrunner in the Democratic primary for governor after last precinct caucuses.

Kennedy even beat Polis in Boulder County, which he calls home… by 10 points.

“I think he recognizes that it would have been so nice if he had tied her or beaten her,” said 9NEWS political analyst Floyd Ciruli. “Because he would really be the frontrunner. But now he's not. I think he still has many assets, but I think this was a bit of a setback.”

At some Democratic caucus locations, Polis’ name barely came up. Many Democrats figured he’ll get on the primary ballot by gathering signatures anyway—and they wanted to ensure a competitive primary.

Democratic delegates pledge themselves to a candidate when they are chosen at precinct caucuses, which should mean a handy win at the state party convention on April 14 for Kennedy.

Delegates are allowed to change their minds, but generally don’t do so unless some sort of surprise comes out about a candidate or a candidate drops out.

It takes 30 percent of the convention’s vote to earn a spot on the June primary ballot.

That will be the next big challenge for Kennedy as a candidate.

When that happens, it won't be enough to be the favorite of only Democrats.

Independent voters get to vote in Colorado's primary this year for the very first time.

Republicans have a big group of candidates for governor too, but the statewide picture for the GOP is a black box right now.

The Republicans didn't hold a statewide straw poll during Tuesday’s caucuses. They only chose delegates, which means their convention next month has more potential for surprises.