Erika Muñoz got her driver's license under a law that issued them for undocumented drivers. In October, that driver's license expired and she hasn't been able to renew it. She blames the backup of the application process. Legislators think they have a plan to fix that. 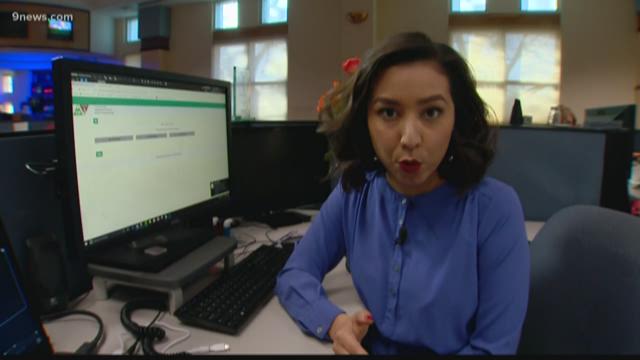 For people living in the country illegally, Colorado has been issuing driver's licenses under a law implemented over three years ago.

To get one, folks must provide proof of residency, an ID and their taxes. The program is paid for by the people applying.

Right now, only three of the DMV offices in the state issue these licenses. The one in Aurora only renews them.

Three years later, a lot of the licenses issued through this program are now expiring. The options to renew them are limited and it's causing a problem.

Erika Muñoz's driver's license expired in October and she hasn't been able to renew it.

Because Erika got her license through this program, she cannot renew it online. She has to schedule an appointment and that can only be done with a call or online.

Online, the DMV opens 140 appointments a day but they're booked minutes later.

Over the phone, the DMV says folks have to wait an average of 27 minutes. Some people reported waiting for hours.

Erika tells 9NEWS she's called and called but hasn't had any luck.

The Bill Legislators Hope Will Fix The Problem

Giving people like Erika the option to renew it online is a part of a new bill legislators are planning to present during the next legislative session.

House Representative Johnathan Singer supported the Colorado Roads and Community Safety Act when it was first passed. He is now sponsoring a bill to fix the issues they oversaw, like this renewal process.

"It was an oversight but that's part of the process," said Singer, "we learn from our mistakes."

The new law would give folks like Erika the option to apply online for renewal. "This is the next logical step in a bill to make sure people are safe driving on the road," said Singer.

People like Erika, who has four kids, all in school, some in sports teams and a husband whose license also expired in October.

"Our life cannot stop because there aren't any appointments for us," she said in Spanish.

The bill will be presented in the Senate this year. This is the third time a piece of legislation like this has been introduced.